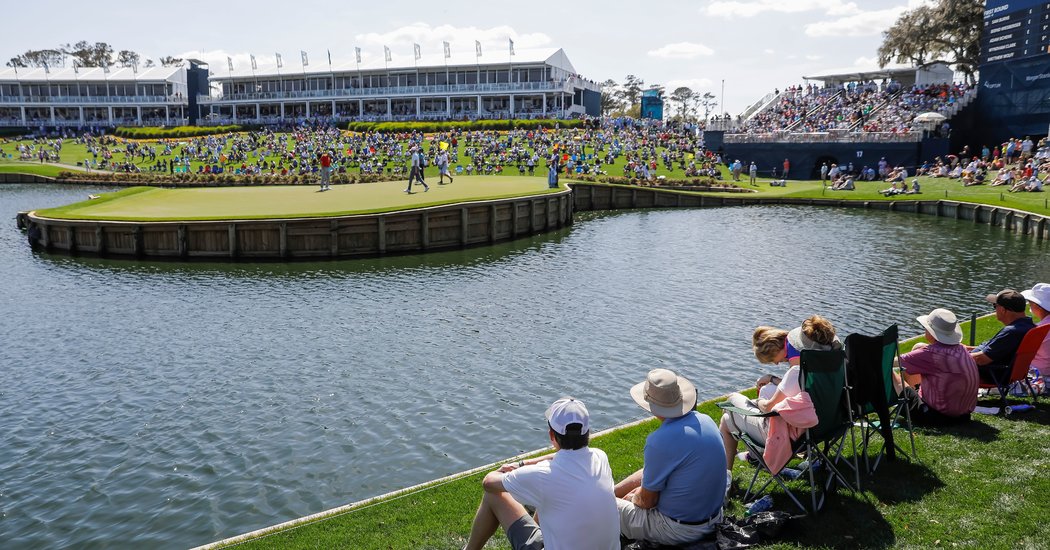 PONTE VEDRA BEACH, Fla. — The PGA Tour responded to the coronavirus outbreak on Thursday night by canceling the remainder of the Players Championship, its signature event, and shutting down all of its events until at least April 9, the start date of the Masters.

The cancellation of the Players Championship came roughly 10 hours after an announcement that the tournament would continue without fans for the final three rounds. The first round was completed on Thursday with a smaller-than-usual crowd watching as Hideki Matsuyama took the lead by two strokes over Harris English and tied the tournament record with a nine-under-par score of 63.

In its statement, the tour said that it regretted having to cancel and that the situation “continues to rapidly change.”

“We did everything possible to create a safe environment for our players in order to continue the event throughout the weekend,” the statement said, “and we were endeavoring to give our fans a much-needed respite from the current climate. But at this point — and as the situation continues to rapidly change — the right thing to do for our players and our fans is to pause.”

The multiple cancellations mean that Tiger Woods will not have the opportunity to play a tournament as a warm-up in the weeks before he tries to defend the Masters title that he won last year in a resounding career revival.

Citing problems with his surgically repaired back, Woods has withdrawn from the past two PGA Tour events and has not played competitively since the Genesis Invitational in mid-February, when he finished last among the players who made the cut and shot 76 and 77 in the final two rounds.

The PGA Tour’s decision followed similar moves by other major American sports leagues, including the N.B.A., MLB, N.H.L. and M.L.S., which had each suspended or postponed operations in the previous 24 hours because of concerns about the coronavirus pandemic. The N.C.A.A. championships in all winter and spring sports were also canceled on Thursday.

After finishing their rounds at the Players Championship on Thursday, several players wondered whether the tournament would be completed.

Graeme McDowell, the 2010 U.S. Open champion, called the situation “dynamic and changeable,” then added: “If somebody contracts the virus in the locker room, everything changes.”

Gary Woodland, the reigning U.S. Open champion, said: “Hopefully, we can continue to play and nobody gets sick.”