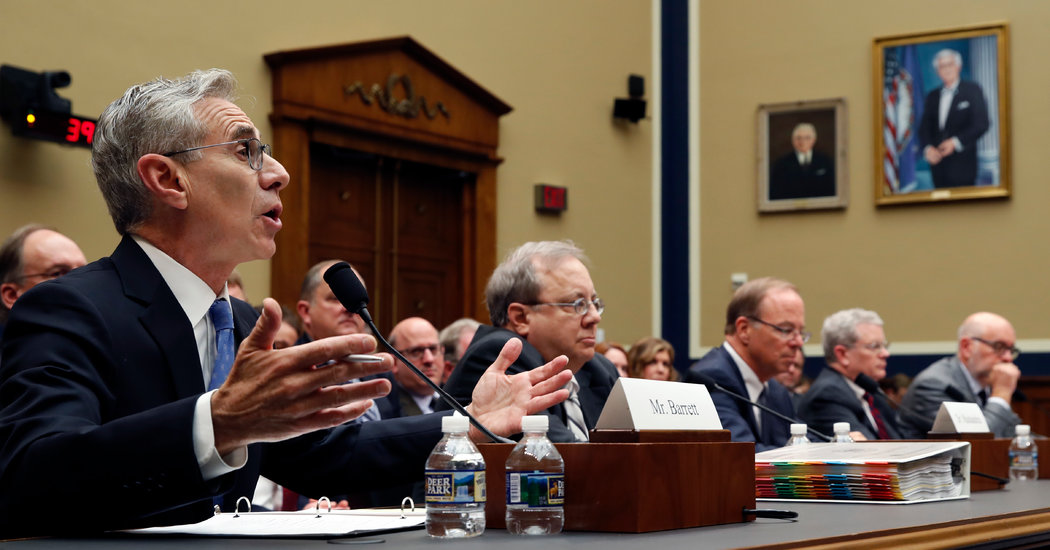 But state attorneys general who favor the proposal say it offers immediate relief to the public.

“The costs of litigation, both financial and personal — like overdose deaths — only multiply with time,” the Tennessee attorney general, Herbert H. Slatery III, a Republican, said in a statement. “The current framework gets funds to communities in 2020.”

Laura Brewer, a spokeswoman for the North Carolina attorney general, Josh Stein, a Democrat, said in a statement: “It will also put strict new rules in place to help make sure that a crisis like this doesn’t happen again.”

On Wednesday, Ohio, ravaged by the opioid epidemic, became the first state to announce that its attorney general, Dave Yost, and most of its communities would cooperate when opioid settlement offers are finalized. For now, Mr. Yost opposes the distributors’ proposal.

Between 2006 and 2014, the distributors — McKesson, AmerisourceBergen and Cardinal Health — shipped more than 60 billion opioid pills nationwide. The states and the cities allege that the companies turned a blind eye to outsized orders and even encouraged them. For years, the distributors, routinely appearing on lists of the wealthiest American corporations, have characterized themselves as mere middlemen between pharmacies and manufacturers.

Their proposed $19.2 billion total payout designates $1.2 billion for private lawyers who represent municipalities and even some states in the opioid cases.

Some states have asked that perhaps $500 million of that amount cover the states’ legal costs.

The contours of the deal, absent the new leverage controls and extra money for lawyers’ fees, were proposed in October. At that time, four attorneys general announced that Johnson & Johnson, the health care giant that manufactures opioids through its pharmaceutical division, would contribute $4 billion in the first three years — an offer that still stands.

If this proposal does go forward, the entire package would come to $23.2 billion, including lawyers’ fees.