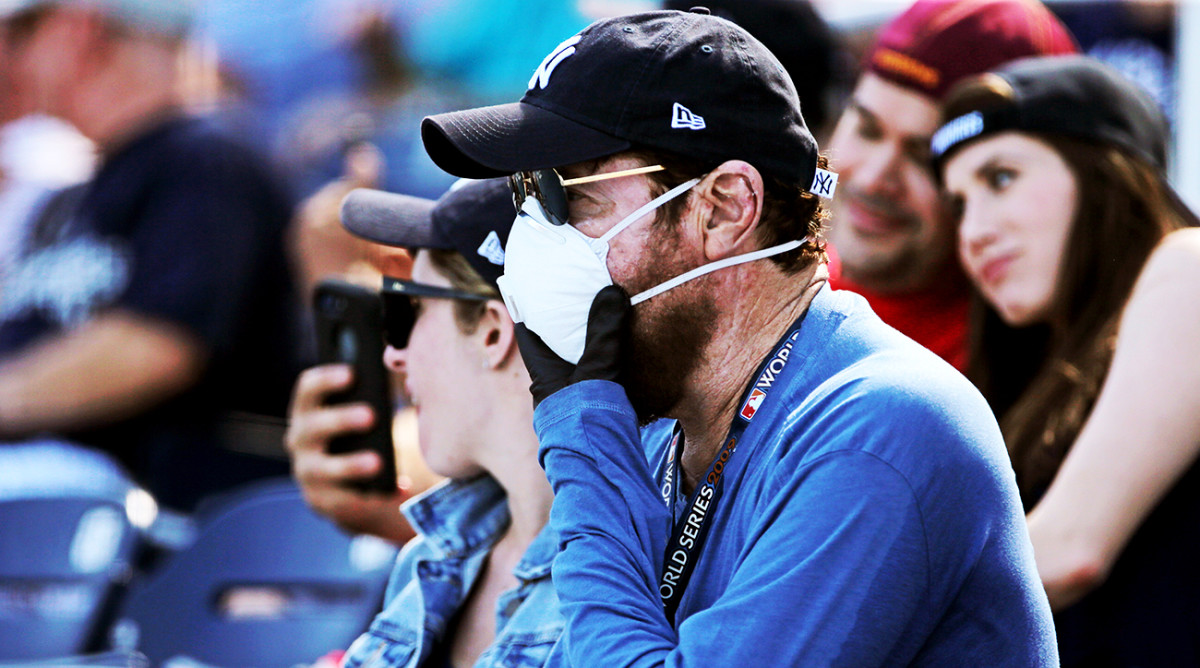 With two outs in the bottom of the ninth and his team down by four runs in a spring training game—which had been declared the last of its professional kind for the immediate future due to global pandemic—Arozarena took second base. No one tried to catch him.

To watch spring training on Thursday was to see baseball in an odd liminal space. Grapefruit League teams took the field for 1:05 p.m. starts amid claims that MLB would soon suspend all game activity. But the official announcement did not come until shortly after 3 p.m., with confirmation that the ongoing contests would be the last ones for now, followed by cancellations for the rest of spring training and a two-week delay for Opening Day. Which left six games, playing until the end, and a tense question: How do you watch baseball with no confirmation on when there will be more baseball to watch?

That baseball was entirely, almost disturbingly, ordinary. In Blue Jays-Pirates, right as the official cancellation announcement came down, Ke’Bryan Hayes made a nice catch. In Marlins-Cardinals, Jesús Aguilar hit into the shift (remember arguing about the shift?), Adam Wainwright wore high socks and Magneuris Sierra watched his helmet bounce away as he tried to steal second. In Phillies-Rays, an adult caught a foul ball and handed it off to a kid. All of the radio broadcasts provided their typically comfortable idle chatter. This was baseball that felt as if it could have been anywhere, at any time, if not for the undeniable sense that it should not have been here at all, both completely normal and frighteningly not.

To watch Thursday’s baseball was to be reminded of why anyone watches spring training in the first place. It is only worth watching insofar as you decide to care about it. The baseball is often bad; it’s the rest that matters. The game itself does not matter as much as the sense of structure and community and individual moments to remember.

To watch on Thursday and realize all that will now be absent for the immediate future is terrifying, even as it is clearly necessary and far less crucial than so much else. These games and all their constituent pieces—Hayes’ catch and Aguilar’s snagged ground ball and Sierra’s fallen helmet—were a reminder of just what will be missed in the coming weeks. Not the sports themselves so much as the structure and community and the individual moments.

After Arozarena took second on that defensive indifference—the last player on base in the last game of the day—the next batter struck out. The Phillies had beat the Rays; baseball had pushed its way out of the transitional awkwardness of the afternoon and into a new phase. “There’s your ballgame,” announced the broadcast. There it was.