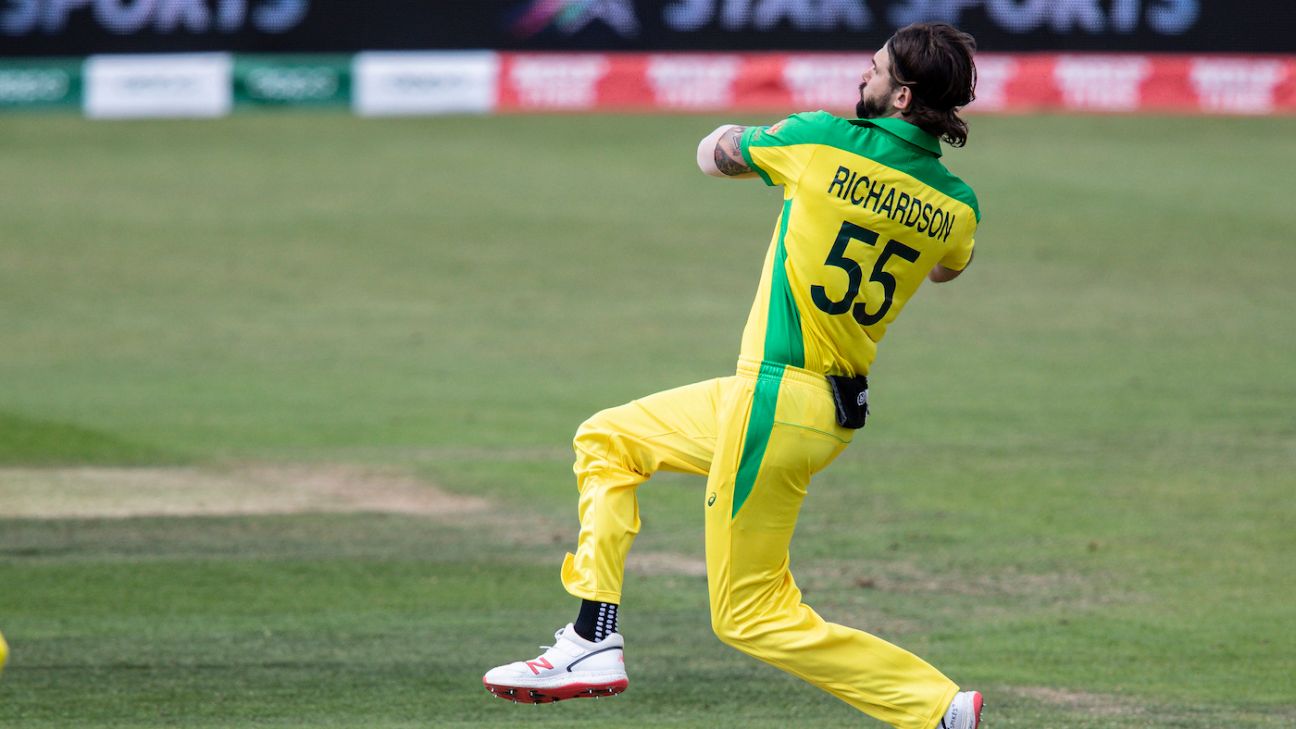 Kane Richardson will miss the first ODI against New Zealand at the SCG having been tested for COVID-19 after reporting a mild sore throat to Australia’s medical team yesterday.

Richardson, who returned from South Africa earlier this week with the rest of the ODI squad, has been quarantined for the time being and results of the test are expected this afternoon. If it is negative he will return to the squad. Sean Abbott has been called up as a stand-by player.

It is understood that Richardson is feeling fine and concern in the Australia camp is low.

“Our medical staff are treating this a typical throat infection but we are following Australian Government protocols that require us to keep Kane away from other members of the squad and perform the appropriate tests given he has returned from international travel in the last 14 days,” a Cricket Australia spokesperson said.

“Once we receive the results of the tests and Kane recovers in the next few days we expect he will re-join the team. We will not be making further comment until something changes.”

It was announced earlier on Friday that the one-day series would be played behind closed doors due to the coronavirus pandemic.