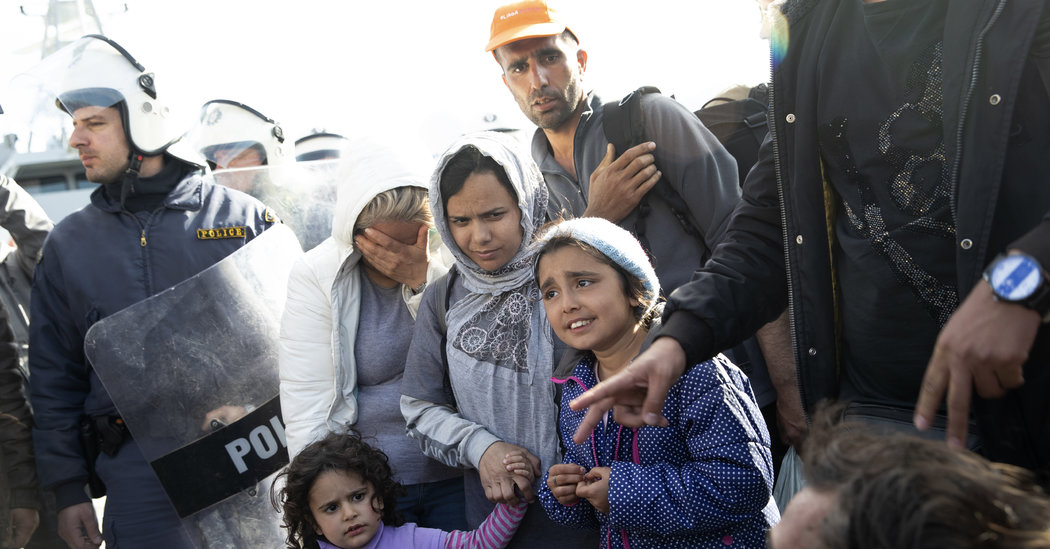 LONDON — Thousands of migrants who have been stranded on Greek islands will be offered 2,000 euros, or $2,230, to return to their home countries, the European Union said on Thursday, in an attempt to ease overcrowding in the camps and lighten the burden on Greece, which has faced an influx of arrivals in recent weeks.

During a visit in Athens, the European Union’s commissioner for home affairs, Ylva Johansson, said she hoped that up to 5,000 migrants would participate in the voluntary return scheme.

“This is an opportunity to release a bit the pressure on the islands and for the other people that are still in the camps,” Ms. Johansson said on Thursday about the program.

The scheme will remain open for a month and will be available only to those who arrived in Greece before Jan. 1.

But even if thousands take up the offer, the announcement appears limited, as tens of thousands of migrants remain in Greece, including more than 40,000 on five islands, including Lesbos and Samos, where they live in squalid conditions.

More than 40,000 people arrived in Greece in the last quarter of 2019, according to United Nations data, most of them by sea.

The scheme offered by the European Union and put in place with the International Organization for Migration won’t apply to the thousands of migrants who also reached Greece after Turkey opened its border last month. The move prompted the Greek authorities to deploy its military, suspend new asylum applications and even round up and summarily expel migrants.

The mood among the Greek authorities and the country’s citizens over the migrant influx has shifted since 2015, when Greeks showed compassion and generosity as more than a million asylum seekers reached Europe.

On the border islands, like Lesbos, residents have set up roadblocks to prevent migrants from reaching camps, when civilian patrols don’t round them up. Villagers have attacked aid workers and journalists who have been seen as helping migrants.

Although the Greek authorities welcomed the announcement on Thursday, they have in recent weeks urged the European Union to provide more support, including that other member states handle asylum seekers directly and process applications in their countries so that Greece’s own asylum system doesn’t remain clogged up.

But she warned officials that Greece should uphold its right to asylum, saying that “we can’t suspend it,” as it is protected by European Union and international law.

Ms. Johansson also said she wanted to discuss a detention center whose existence was revealed by The New York Times on Tuesday. “These kind of temporary detentions that they have set up,” she said, according to The Guardian, “is one of the things I would like to know more about.”

The thousands of euros that would be provided to migrants under the voluntary scheme is nearly five times more than the €370 stipend offered by the International Organization for Migration through a return program that began in 2016 and that has benefited thousands.

The European Union has also sent 160 additional asylum experts to Greece in order to support the authorities handling applications.

The newly offered sum would not apply to refugees who fled war-torn countries like Syria, but only to migrants whose chances at gaining asylum in Europe are slim. Most of those who have arrived since the beginning of the year came from Syria, Afghanistan, the Democratic Republic of Congo and Iraq, according to data from the United Nations refugee agency.

Voluntary return schemes have been well-established mechanisms in several countries across Europe, including Belgium and France, which offers up to €1,850 to those who entered the country illegally and wish to return home.

On Thursday, Ms. Johansson noted that Greece’s borders were the European Union’s, and urged members states to do more.

“When it comes to migration, we are much, much better prepared than in 2015,” she said. But we’re not well prepared enough. We’re still lacking a common policy for European migration and asylum.”