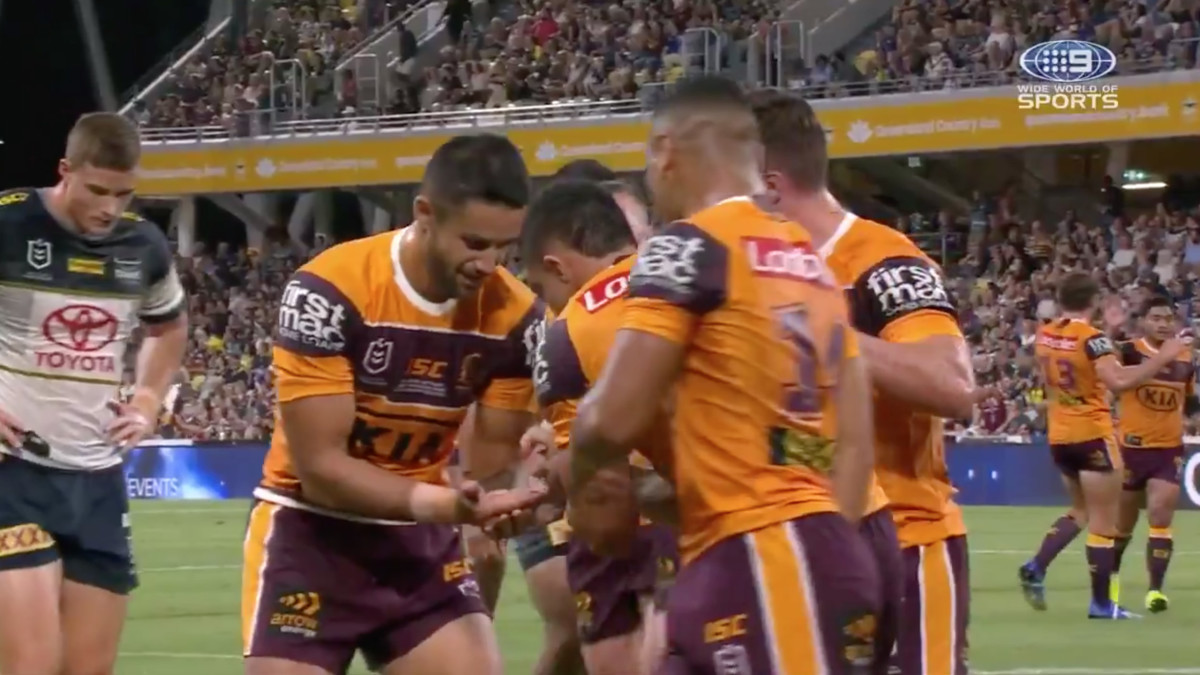 While American leagues are completely shut down due to the coronavirus, live sports are still happening in other corners of the globe—at least for now.

Australia’s National Rugby League began its season on Thursday and will play games this weekend in full stadiums before the country’s ban on large gatherings goes in to effect on Monday.

After scoring a try for the Brisbane Broncos on Friday, Kotoni Staggs gave all the fans watching an important lesson how to deal with the global outbreak.

Good job, boys. The only issue is that you didn’t wash up for at least 20 seconds.

What do you get when you put two bitter rivals in the biggest game they’ve ever played? Lots and lots of hate.

Brazilian soccer teams Grêmio and Internacional have shared the city of Porto Alegre for over 100 years, but they had never met in the Copa Libertadores (a prestigious South America-wide tournament) until last night.

The result was predictable.

Though the game ended 0–0, the real fireworks were the eight—eight!—red cards handed out, all in a span of less than 10 minutes.

Ross Dellenger spoke with the broadcast crew from the surreal final college basketball game of the year. … The sudden end of the college sports season is especially painful for seniors. … What happens for MLB now that the season has been shut down? … Did you know a global pandemic forced the NHL to cancel the Stanley Cup 100 years ago?

Charles Barkley is self-quarantining and awaiting the results of a coronavirus test. … U.S. Soccer president Carlos Cordeiro has resigned after the outrage over the federation’s demeaning response to the women’s national team’s pay dispute. … Best of luck to the Orioles’ Trey Mancini who had surgery for colon cancer.

Surreal scene inside the Garden

Some cool sports stuff is happening

Thank god for typos adding levity to this situation

Of course Dana White is bucking the trend

Finally, somebody in golf with a sense of humor

Several highly anticipated movies have been pushed back due to the pandemic. … Flight attendants are sharing videos of totally empty planes as people stay home.

I wish I had this much time