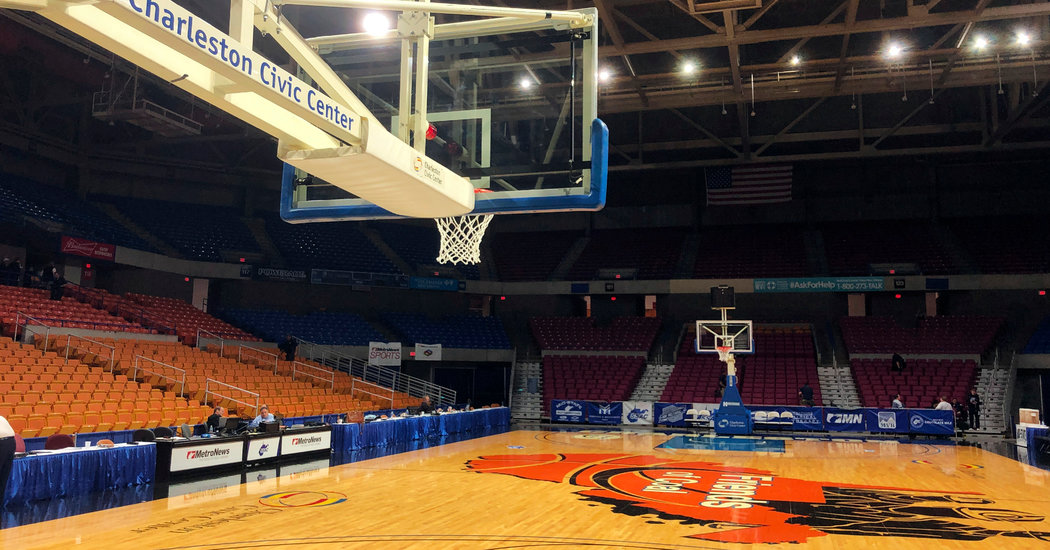 A day after nearly every major sporting event in the United States had been suspended or canceled because of the coronavirus, it became a question of which sports were on, not which were off.

The N.B.A., N.H.L., M.L.S. and Major League Baseball suspended play. The N.C.A.A. canceled all its championships, including the men’s basketball tournament, which supplies most of its annual budget.

Around Europe, more leagues shut down their seasons, joining Asia, which has been almost without sporting events for weeks.

And looming over all the decisions was the Summer Olympics, still planned to begin as scheduled in Tokyo in late July, even as qualifying events were being canceled around the world.

After initially announcing that the Players Championship in Florida, one of its most important events, would proceed without fans, the PGA Tour decided late Thursday to cancel it, as well as its next three events in Florida and Texas. An event in the Dominican Republic had been canceled earlier in the day.

That would take the PGA Tour up to April 9, and its marquee event, the Masters, in Augusta, Ga.

Earlier Thursday, PGA Tour Commissioner Jay Monahan had said that since golf is an outdoor sport played in a vast expanse — the TPC-Sawgrass golf course is more than 400 acres — it made for “a safe environment.”

The L.P.G.A. had previously announced the postponement of three events in the U.S., having previously canceled two Asian events.

The Premier League in England became the latest soccer league to suspend games after Mikel Arteta, the manager of Arsenal, and the Chelsea player Callum Hudson-Odoi tested positive for the virus. Games will not be played in the top four divisions until April 3. Scotland also suspended its games. Arsenal, Chelsea and Everton have all quarantined some players.

England and Scotland join almost every other major league in Europe, including France, Italy, Netherlands, Spain, and a host of smaller countries.

Germany was an exception, for now, with most weekend games currently on. A game between Werder Bremen and Leverkusen on Monday was postponed because of fears that fans would gather outside the stadium, which was to be closed to spectators.

All Champions League and Europa League games have been suspended indefinitely.

Most Asian countries suspended play some weeks ago, and with Major League Soccer suspended, that leaves games for the most part only in Africa, South America, Australia and Mexico, for now.

Besides the suspension of M.L.S., United States men’s and women’s team friendlies in March and April have been canceled.

Formula One canceled its season-opening race in Australia. (Australian rules football there will start its season, but without fans.)

Races in China, Bahrain and Vietnam were postponed, meaning the season would open in May at the earliest.

NASCAR and IndyCar plan to hold their races, but initially without spectators. Indy will race Sunday in St. Petersburg, Fla., with no fans. NASCAR will do the same in Atlanta and Miami the next two weeks.

Thursday started with the domino-like cancellation of just about every college conference tournament. The first game of the Big East tournament quarterfinals tipped off as scheduled at Madison Square Garden, but the tournament was canceled at halftime.

Then late Thursday afternoon the national basketball tournaments were scrapped. All other winter and spring college championships were also canceled.

Donovan Mitchell became the second N.B.A. player known to have tested positive for the coronavirus. The N.B.A. suspended its season after the first, another Jazz player, Rudy Gobert, tested positive.

Adam Silver, the N.B.A. commissioner, said that the league’s suspension would probably last “at least 30 days.” Silver said that it was possible that the rest of the season would be canceled.

The Miami Open, one of the top tennis tournaments in the country, was canceled on Thursday. Its cancellation comes after the BNP Paribas Open in Indian Wells, Calif., one of the world’s leading tennis tournaments, was also canceled. Soon after, the governing body of men’s tennis suspended tour events for six weeks, until April 27.

The Fed Cup finals, scheduled for Budapest in April, have been postponed. WTA events will not be held until April 6.

Following the lead of other major sports leagues, the National Hockey League announced Thursday that it was pausing its season, effective immediately. The N.H.L. did not indicate how long the stoppage would last or when it would try to begin play again, saying only that the league’s goal was “to resume play as soon as it is appropriate and prudent.”

Most N.H.L. teams have about a dozen games left in the regular season, with the Stanley Cup playoffs scheduled to begin in about a month.

The National Women’s Hockey League said its Isobel Cup final between the Boston Pride and the Minnesota Whitecaps, set for Friday, had been postponed.

The N.F.L. canceled its annual owners’ meeting scheduled for March 29 to April 1 in Palm Beach, Fla., and opted to carry over much of its agenda to their meeting in late May.

The meeting includes owners, coaches and general managers, and attracts hundreds of news media members from around the country. The league said in a statement that it would continue “essential business operations” but would consult with experts on new developments. No mention was made of changes to plans for the N.F.L. draft, which is slated to take place April 23 to 25 in Las Vegas.

President Trump added his voice to the conversation on Thursday, suggesting that the Games in Tokyo should be postponed for a year rather than being held without spectators. Thomas Bach, president of the International Olympic Committee, has insisted that the Games are on schedule to begin in late July, though a member of Japan’s Olympic organizing committee said Tuesday that postponing the Games should be discussed.

“Maybe they postpone it for a year,” Mr. Trump said of the Olympics. “Maybe that’s not possible.”

Mr. Trump’s comments came during a news briefing at the White House, where he talked about numerous measures his administration and others were taking to combat the spread of the coronavirus.

The Olympic flame lighting ceremony in Greece on Thursday was held without spectators, and the torch relay was suspended Friday morning after larger crowds than expected turned up to watch.

Major League Baseball postponed the start of its regular season, scheduled for March 26, by at least two weeks and canceled all remaining spring training games.

The Indian Premier League, the richest league in the world, in a country where cricket’s popularity is off the charts, postponed the start of its season.

England called off its tour of Sri Lanka, which had already begun with exhibition matches. “These are completely unprecedented times, and decisions like this go beyond cricket,” the English Cricket Board said in a statement. South Africa and India canceled international games as well.