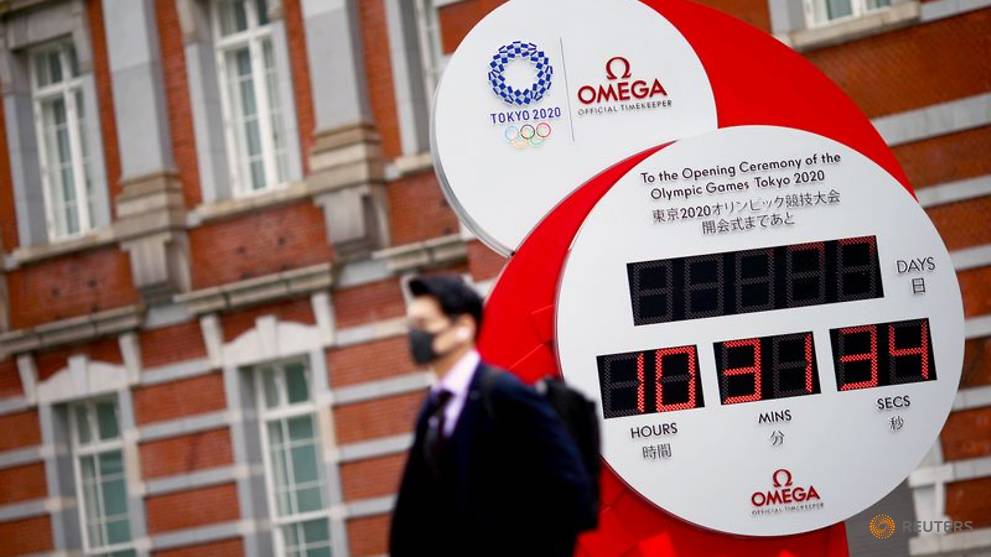 WASHINGTON: US President Donald Trump came out on Thursday (Mar 12) as the first foreign leader to suggest delaying the Tokyo Olympics because of coronavirus, dropping a bombshell on his “good friend” Japanese Prime Minister Shinzo Abe.

“Maybe they postpone it for a year,” Trump told reporters in the Oval Office, 19 weeks before the opening ceremony in Tokyo’s Olympic Stadium.

With that, Trump threw cold water on the 2020 Games the same day as actresses dressed as ancient Greek priestesses held the ceremonial flame lighting at a ruined temple in the original Olympia, Greece.

It was all the more surprising given Trump’s repeated declarations of close friendship with Abe and his reluctance previously to give advice on the situation.

Trump said that another alternative – holding competitions in empty stadiums – would be even worse than forcing a delay.

“I would say maybe they postpone it for a year,” he said.

“You know, I like that better than I like having empty stadiums all over the place. I think if you cancel it, make it a year later, that’s a better alternative than doing it with no crowd,” he said.

Japanese organisers insist that the coronavirus pandemic will not derail the Games scheduled to run from Jul 24 to Aug 8, even if major sporting events, travel and financial markets are already seeing massive disruption worldwide.

The International Olympic Committee also says there has not been any talk of cancellation or postponement.

“With the lighting of the Olympic flame in Olympia today, the International Olympic Committee (IOC) confirms its full commitment to the success of the Olympic Games Tokyo 2020,” the IOC said in a statement.

READ: COVID-19: Could the Tokyo Olympics be cancelled?

“We remain absolutely in line with our Japanese hosts in our commitment to delivering safe Olympic Games in July this year.”

Despite those assurances, fear of the easily transmitted virus forced the torch lighting ceremony to take place without spectators in Greece’s Peloponnese region.

Trump said he admired Japan’s preparations for hosting the Olympics for the first time since 1964, although characteristically he also praised his own record as a real estate developer.

He said would not be advising Abe on the problem. “They’re very smart. They’re going to make their own” decision, he said.

“He’s a great friend of mine, Prime Minister Abe, and I wish him luck,” he said.

“They did such a perfect job. The venues are incredible. He was proudly showing me pictures of what they’d done the last time I was with him.”