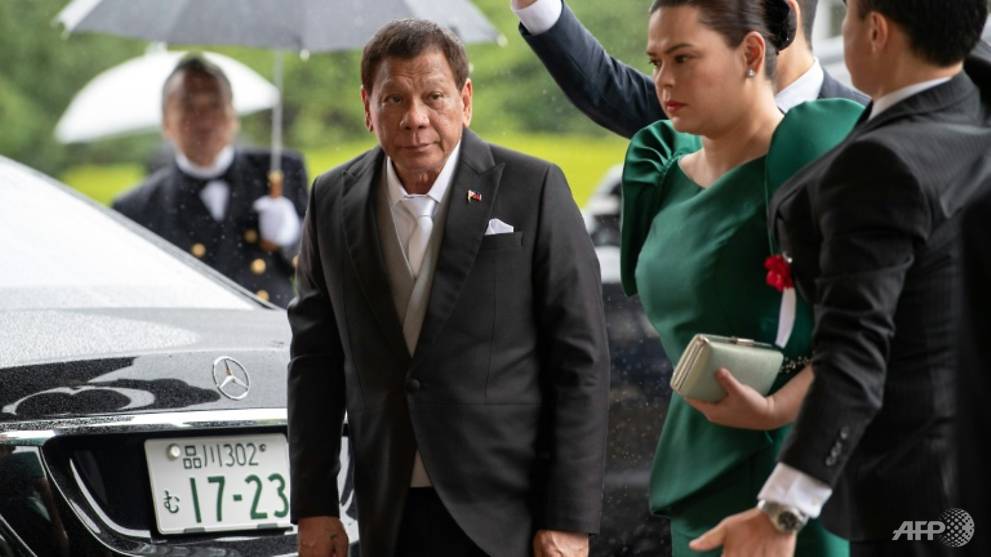 MANILA: Philippines’ President Rodrigo Duterte will be tested for COVID-19, his spokesman said Thursday (Mar 12), as two key government buildings were being disinfected over an exposure scare.

The Philippines has seen a jump this week in cases, including people who recently attended events with Senate lawmakers and government officials, potentially exposing them.

In response, the Senate building and Philippine central bank were undergoing cleaning, and several officials announced they would isolate themselves as a precaution.

Duterte, who at 74 is in a vulnerable age group for the virus, will be tested because he has been in regular contact with some of those officials.

“It is just prudent for us to take precautionary measures in compliance with the advice of our health officials,” said presidential spokesman Salvador Panelo, adding he too was to be tested.

Duterte’s health has been a recurring source of speculation in the Philippines since in 2016 he became the oldest person elected as the country’s president.

Finance Secretary Sonny Dominguez and central bank head Benjamin Diokno were two of the officials who were isolating themselves.

The Philippines has a relatively small number of confirmed cases compared to hotspots like China and Italy, but its tally has risen from 24 to 49 since Monday.