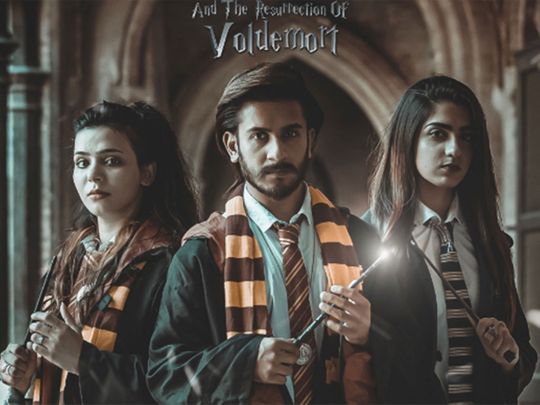 Pakistani Potterheads have taken their love for Harry Potter to another level.

They have hufflepuffed their way to make a Harry Potter fan film.

The film has been released under their production house, Khyaali Production.

Filled with magical visuals and exciting sequences, the film has been shot at the university, and is something the Muggles will also approve.

The film will also be screened in various universities and colleges.

The story is built around a mystery in a castle, with the students around.

The movie has been written and directed by Waleed Akram, who shared that the gothic architecture of GCU motivated him to make the film.

Surprisingly, the film was shot with only one camera.