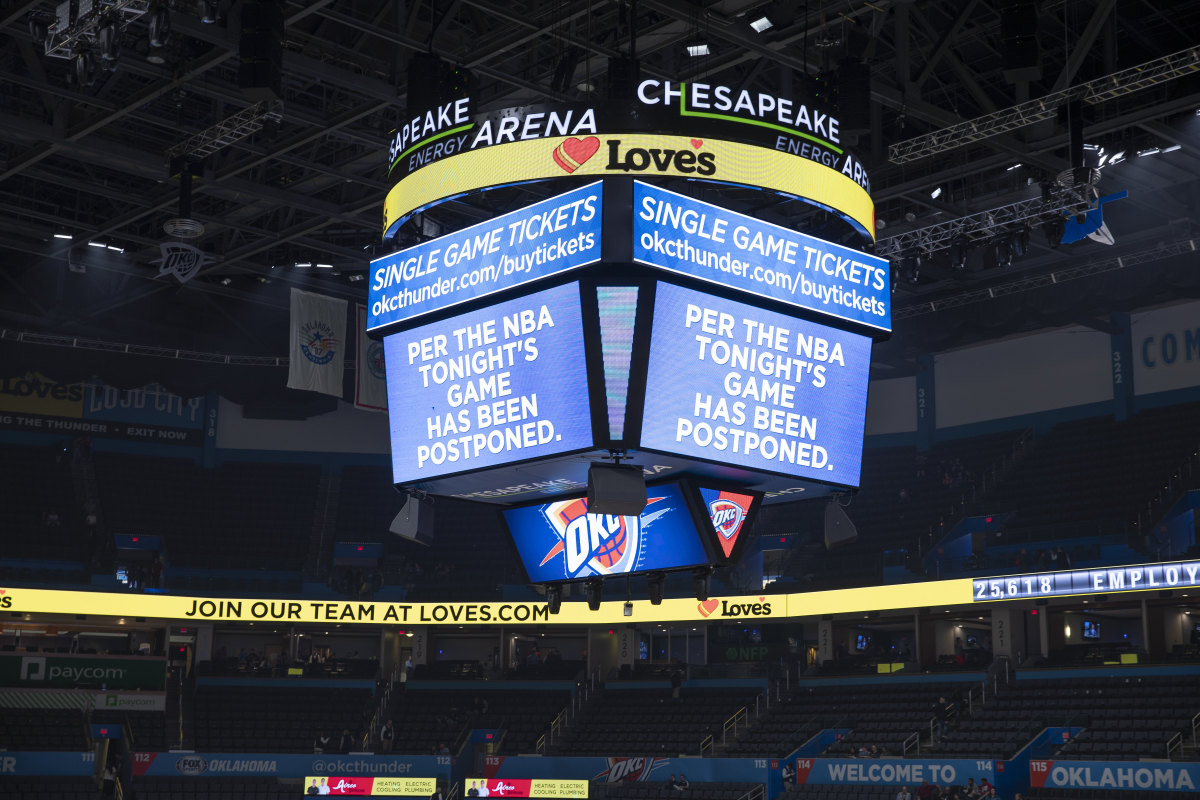 Let me start by saying I am obviously in no way an expert on pandemics. I’m one of many idiots who watches hours of basketball, sends some attention-desperate tweets and occasionally writes stories about the NBA. But I am confident in saying this: There is absolutely no need for the NBA to return any time soon in the wake of Rudy Gobert testing positive for COVID-19 and the subsequent season suspension. And if the season is ultimately canceled, it does not matter in the slightest.

The NBA is, frankly, not very important during a pandemic. I don’t wish to minimize the impact suspending the season will have on numerous people, particularly the low-wage workers at arenas or people in NBA cities who rely on game nights for their income. I also think the league—itself a multibillion-dollar enterprise—and team owners, a group of billionaires, can find a way to ensure those who will be most financially impacted by the suspension will still be compensated if anyone truly cares about their well-being. (Mark Cuban has already said he will put together a program for such people in Dallas—that’s absolutely the right thing to do.)

But as for the actual games? Who cares right now? We live in unprecedented times. It’s unclear how many Americans are even suffering from the coronavirus, and until testing for the disease is dramatically improved, it doesn’t matter if there are travel bans or if people want to “brave” going to public places. Our country will not have a handle on this disease or its potential impact. This is a healthcare crisis on an unknowable scale, and if that means the 2020 season ends on March 11 and never resumes, then so be it.

Gobert’s diagnosis opens up a litany of complications. How many media members has he interacted with since contracting COVID-19? What about his teammates? Fellow NBA players? Trainers? Arena staff? Fans? How many friends, family members, and strangers did those potentially exposed by Gobert then interact with? There’s no more overreacting. Gobert alone could have exponentially spread the virus because of how many thousands of people are in the NBA orbit at a single game. This is merely an example of how just one person can spread a virus to countless others.

The NBA is assuredly going to meet very soon to discuss how to handle this hiatus. There‘s a simple answer: Wait. What’s there to discuss? The season should not resume until there’s a much better understanding of the coronavirus and how many people are actually affected. Concerns about logistics—will arenas be available for playoff games in August?—can be erased if the league simply admits to itself that resuming the season should be of low priority.

I know sports are typically an escape from what’s going on in the world. But if the NBA comes back, it will be for money. That’s all the league has to lose in the wake of an outright cancellation. Because the games, the statistics, the trophies, the narratives, and all the things that come with the NBA mean very little compared to compounding the effect of a pandemic that is already being poorly handled in our country.

The bottom line is this: The NBA season does not need to resume until it is clear America has a handle on COVID-19. Until the CDC, HHS, WHO, federal government, and whoever else is in charge can say with confidence that mass gatherings won’t put thousands at risk, there’s no need to play an NBA game.

With a player infected, the league should not even risk playing games in front of fans. Crowning an MVP or making already relatively wealthy people even more money should aggressively pale in comparison to making sure there is a societal control of this issue.

Eventually, there will be an NBA game again. I like to think the media will even be allowed back in locker rooms. But there’s absolutely no need to rush back to a sense of normalcy just so there’s some kind of conclusion to this season.

The NBA did the right thing in suspending play. Frankly, it probably should have taken more aggressive measures before March 11. For now, the best path forward for the league is to wait and get educated. If that means the NBA season ends prematurely, that should be the least of anyone’s concerns.