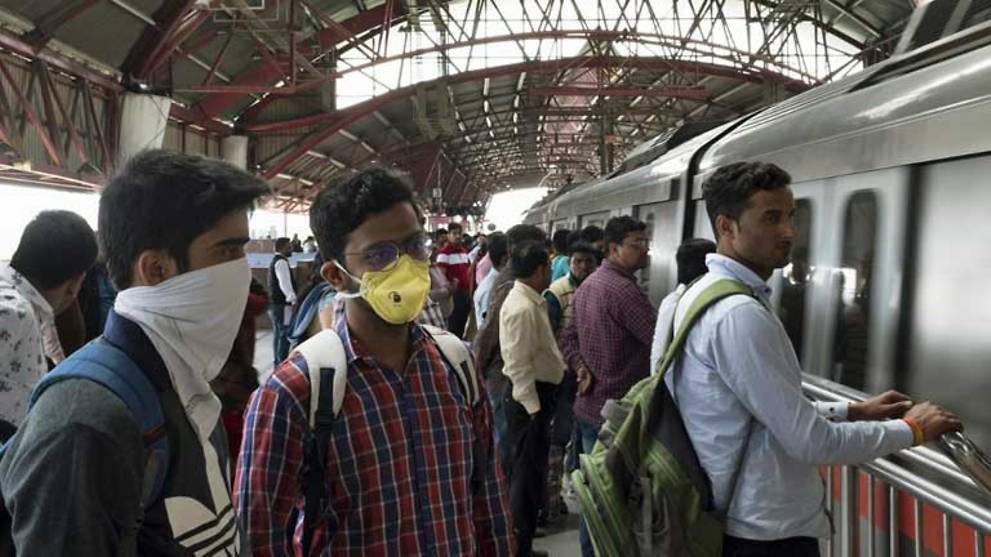 NEW DELHI: India on Thursday (Mar 12) reported its first coronavirus death as authorities ordered schools, theatres and cinemas closed in New Delhi for the rest of the month in a bid to keep the pandemic at bay.

The government in the southern state of Karnataka said that a 76-year-old man who died on Tuesday had been confirmed as a coronavirus carrier and that it was trying to trace those who had been in contact with him.

India with its 1.3 billion population and proximity to China has so far come through the global virus crisis, that has killed more than 4,600 people, relatively unscathed.

The death was announced, however, only hours after India suspended all visas for incoming tourists from Friday and ordered the closure of most border points with neighbouring Bangladesh and Myanmar.

Only diplomats and others with official visas will escape the clampdown. Prime Minister Narendra Modi said that he has now stopped all foreign trips by government ministers.

The health alert has grown across India as the number of cases has surged from about 30 on Sunday to more than 70 on Thursday.

Even though only six coronavirus cases have been reported in the capital, the New Delhi chief minister said the city of 20 million people is now in an “epidemic”.

Arvind Kejriwal ordered the closure of schools, cinemas and theatres until at least Mar 31 and said that empty public housing blocks and hospitals under construction could be used to quarantine those infected.

“We have sufficient beds for quarantine facilities,” the chief minister said in announcing the measures.

The southern state of Kerala has been worst hit with 17 cases. Authorities have started using GPS tracking on more than 730 people who are under quarantine in the state’s Pathanamthitta district to make sure they do not leave their homes, media reports said.