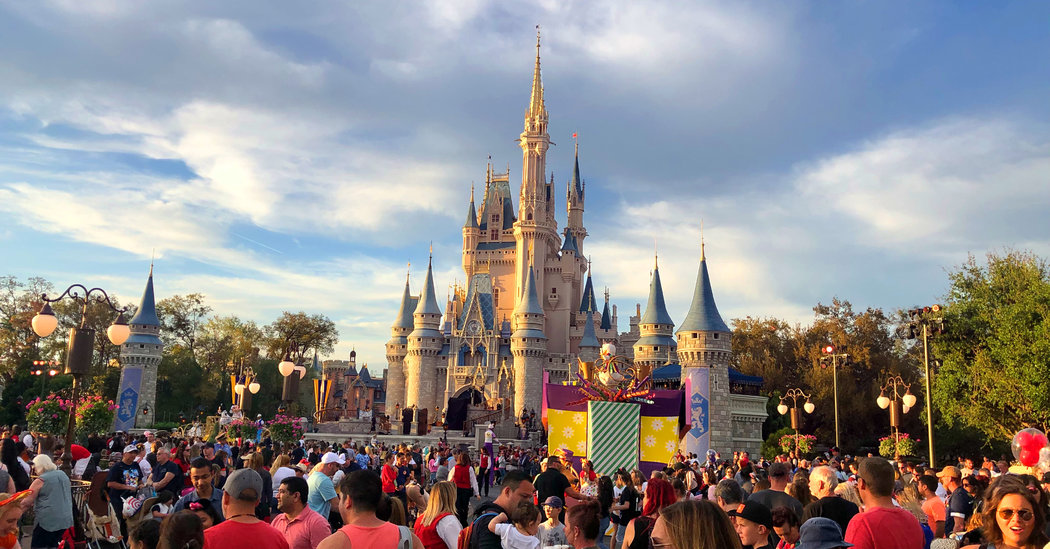 “We were worried about coronavirus as we saw things closing down and hoped we could still get our trip in,” Ms. Cotherman said, adding that her family was washing their hands and using hand sanitizer regularly.

Corey Higgins, a mother of two who was at the park with her husband and children for the third time in her life, said she noticed additional hand sanitizer around the park and felt like she saw more people cleaning around the park.

At Universal Studios, the path from the parking lot to the security check point had a number of hand sanitizer dispensers that people paused to use while walking in and out of the park. At security, guests had to put their belongings into security bins and have their finger scanned on a touch screen pad, like at the Magic Kingdom, but many said this didn’t bother them because hand sanitizer was nearby. Lines to enter the Wizarding World of Harry Potter were long, with people dressed in costume.

“We are reviewing and enhancing our already aggressive cleaning protocols,” Alyson Lundell, senior director for public relations at Universal Orlando Resort, said in an email. “And for the comfort and convenience of our guests, we are increasing the number of hand sanitizer units in our parks.”

On social media groups frequented by people planning Disney vacations, anxiety seemed to rise as some questioned whether to visit the parks and others speculated about whether Disney’s American parks would follow in the path of Disney’s Hong Kong and Shanghai parks, which closed in February.

“I had to leave the Facebook groups,” Ms. Higgins said. “Between people panicking there and the news making this scarier than it really is, I just had to get out.”