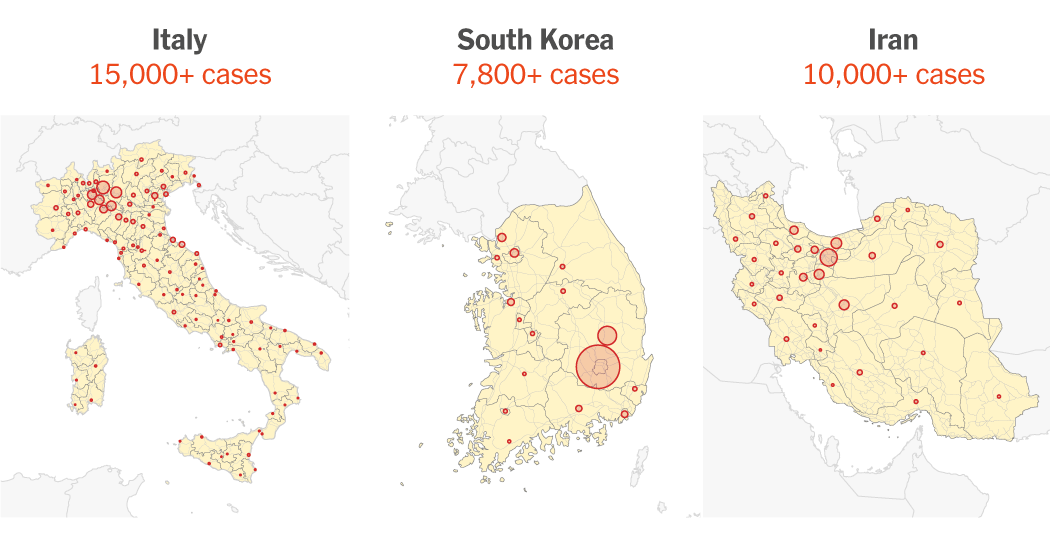 Milan, Italy. Daegu, South Korea. Qom, Iran. Many of the world’s largest coronavirus outbreaks took root in and around well-traveled cities, but they have since grown to encompass entire countries.

Cases have spread across Italy’s north and down to Rome, leading to a lockdown of the entire country. Iran’s capital, where leaders dismissed the virus just two weeks ago, has seen thousands infected. And cases continue to surge across Europe.

The outbreaks are not all heading in the same direction. South Korea has managed to slow growth of new cases for now, through intensive testing and monitoring of infections. Italy, Iran and the United States are still reporting large numbers of new cases every day.

Official case totals are an imperfect method of judging the world’s outbreaks. Every country has more cases than it has been able to detect through lab tests. And a shortage of testing kits in some countries, like Indonesia and the United States, along with a lack of public disclosure in others, like Egypt, means official reports are probably masking large outbreaks.

Here’s the extent of some of the largest outbreaks in the world and information on how these countries are trying to slow the spread of the virus.

An outbreak in Lombardy has threatened the entire country.

With more than 12,000 confirmed cases, Italy has reported the largest outbreak outside of China. Italian authorities first put restrictions in place in the northern region of Lombardy, where the outbreak first accelerated, before moving on Monday to restrict the movement and end public gatherings for all 60 million citizens in the country. At least 800 people have died because of the virus.

On Wednesday, the government shut down basically all commercial activities, including bars and restaurants. Supermarkets, pharmacies and newstands can remain open. All schools are closed until at least April 3. But Italy’s nationwide lockdown, the first in Europe, is not a severe ban on movement like the one put in place in Wuhan, China. Italians are still able to move around for work, to buy groceries and other essentials, and for reasons having to do with health, child or senior care. Police checkpoints have been set up around the country, at which people are required to stop and fill out official forms explaining their movements.

The number of new cases in Italy had steadily increased for more than a week before dropping on Wednesday. On that day, though, there were still almost 1,500 new cases and nearly 200 deaths.

Italy is aggressively testing for the virus, which could help explain why its total confirmed cases are higher than some other countries in Europe. On Monday, more than 60,000 tests had been performed, more than twice as many tests than the United Kingdom had done.

“Today, the red zone is Italy,” Matteo Renzi, a former prime minister, told The New York Times. But in 10 days, he warned, it will be Madrid, Paris and Berlin. If Italy cannot show how to stop the virus, he said, “the red zone will be Europe.”

The outbreak has slowed after weeks of intense surveillance and testing.

In contrast to most other countries, South Korea’s reports of new cases have begun to slow — at least for now. Unlike other countries with major outbreaks, South Korea, with a population of 50 million, has not outright restricted the movement of its citizens and has instead focused on aggressively monitoring for infections. More than 7,800 cases and 66 deaths have been reported.

More than 235,000 people have been tested, and health officials carefully track down people who may have symptoms, testing more than 10,000 people each day. The government even opened drive-through testing centers. While health officials are battling smaller clusters of infections in other cities, much of the effort has focused on Daegu, the center of the outbreak, where many people were infected in a large church congregation.

Health officials also introduced aggressive public awareness campaigns, sending out mobile phone alerts to citizens whenever a new case is reported in their districts. Updates are provided on government websites and mobile apps as to how many people have been tested and where, along with brief sketches on each patient: their gender, how they became infected and where they are being treated, as well as which places they visited before testing positive.

The true size of the rapidly expanding outbreak is unknown. 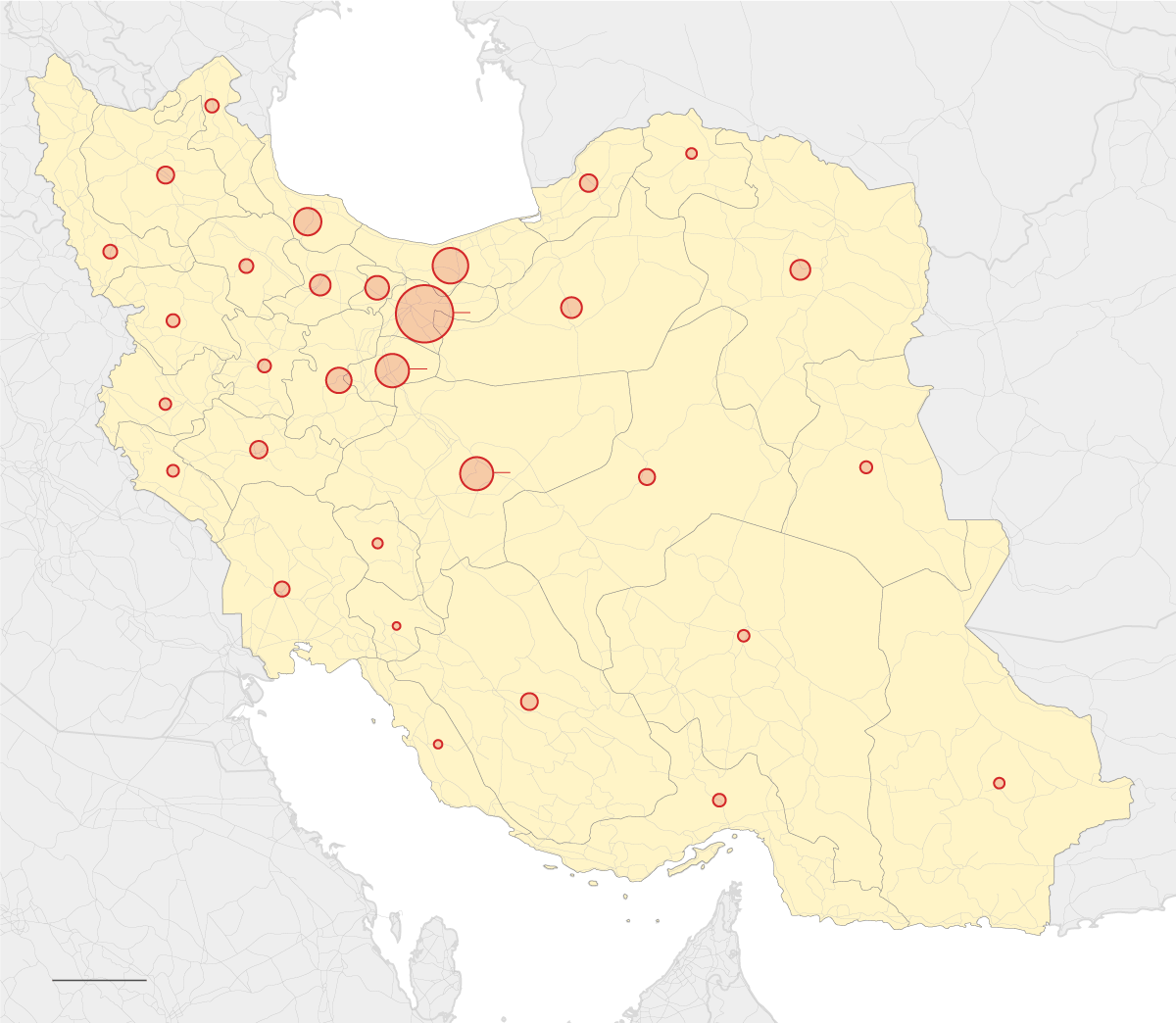 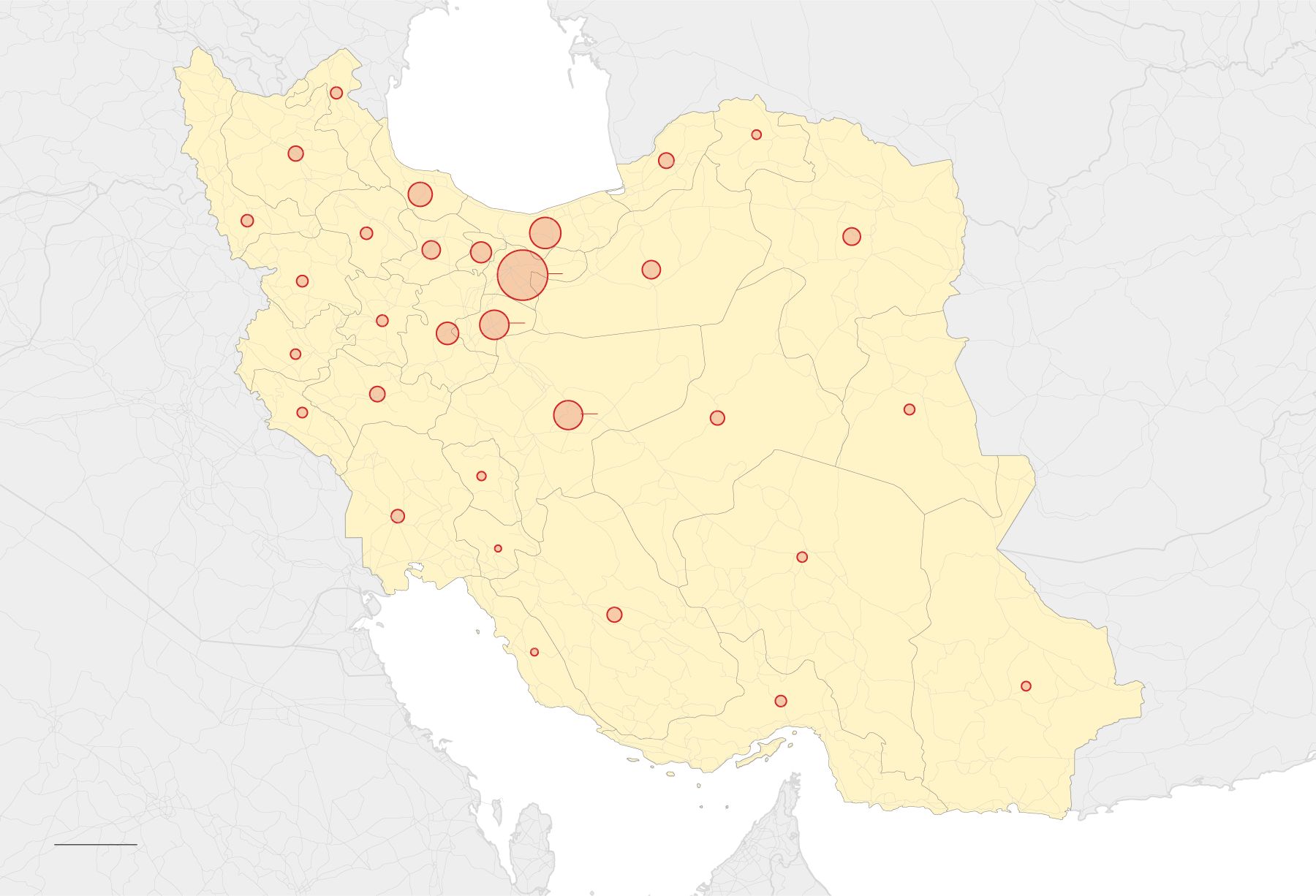 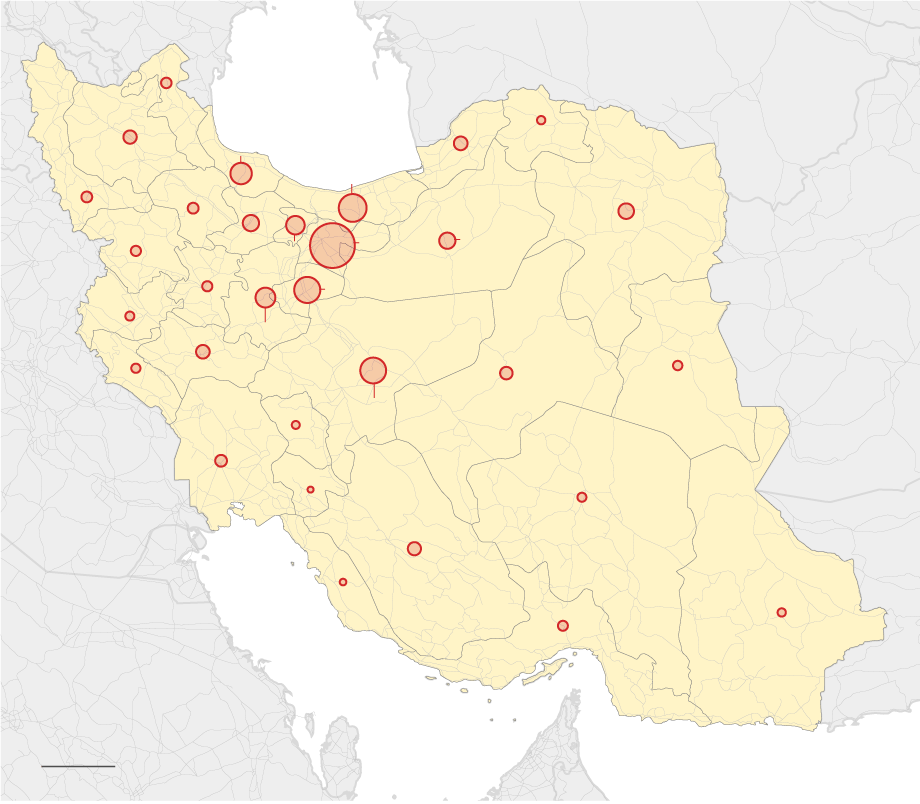 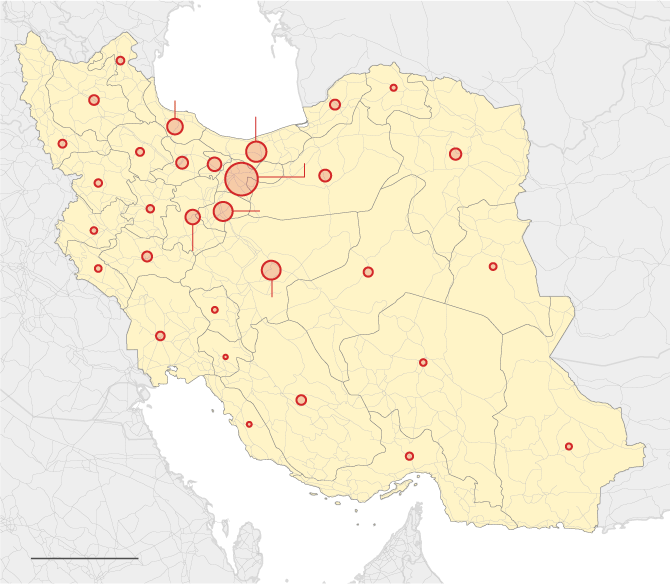 By The New York Times. Source: Iran Ministry of Health and Medical Education. Data shows total number of cases as of March 11.

Two weeks ago, Iran’s leaders denied the coronavirus epidemic would be a problem. Now, with the total number of cases standing at 9,000, and with more than 350 people dead, Iran is scrambling to control one of the worst outbreaks in the world.

The virus started in the holy city of Qom, where thousands of pilgrims from Iran and around the Middle East travel each day. Two days after the first deaths and cases of the virus were reported in Qom, Iran held parliamentary elections, which are widely believed to have been the cause of the virus spreading to other provinces.

The authorities failed to take protective measures at this early stage. But the problem became impossible to ignore after nearly three dozen Iranian government officials and members of parliament were infected, and a senior adviser to the supreme leader died.

Now, Friday prayers are cancelled, and schools and universities are closed until mid-April. Government offices remain open, but employees must work reduced hours. For everyone else, officials are asking people to leave their homes only when necessary.

A severe shortage of testing kits in Iran means the spread of the virus is likely much higher than reported. One study projected a week ago that the true total of infections may have been more than 18,000, “and a week ago is eons when we are talking about an epidemic,” said Isaac Bogoch, a Toronto doctor who is a co-author of that study.

See our maps tracking the coronavirus outbreak around the world.

See our page of maps, charts and tables tracking every coronavirus case in the U.S.