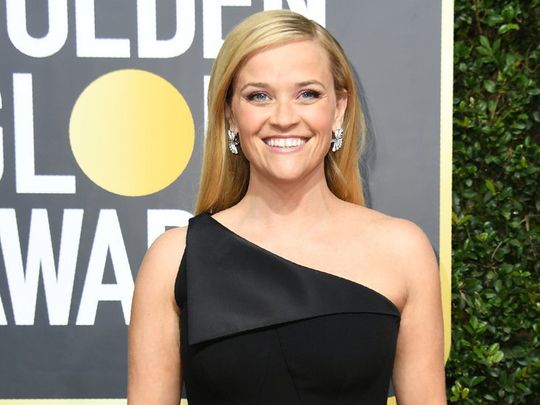 Convicted rapist Harvey Weinstein was sentenced to 23 years in prison on Wednesday in Manhattan, after a trial found him guilty of third-degree rape and a criminal sex act.

Rose McGowan, one of the first actresses to publicly accuse Weinstein of rape, tweeted, “Today we exhale,” alongside a GIF of Winona Ryder exhaling smoke.

Actress and activist Mira Sorvino, one of Weinstein’s accusers and a UN Goodwill Ambassador against human trafficking, wrote: “23 years. Harvey Weinstein has been sentenced to 23 years in prison for his crimes of rape and sexual assault. I literally cried tears of amazement, gratitude that the justice system has worked on behalf of all of his victims today.”

Tarana Burke, the founder of the #MeToo movement which encouraged innumerable survivors to share their own stories of assault, tweeted: “Well, I’ll be damned.”

The Silence Breakers, a group of 24 women (including actresses McGowan, Rosanna Arquette and Ashley Judd) who haven spoken out about sexual abuse, including at the hands of Weinstein, reflected somberly on the sentencing.

“Harvey Weinstein’s legacy will always be that he’s a convicted rapist,” they said in a statement. “He is going to jail — but no amount of jail time will repair the lives he ruined, the careers he destroyed or the damage he has caused.”

Actress Reese Witherspoon called the sentencing a “historical moment” and thanked all “the women and men who spoke up about the abuse and harassment they suffered at the hands of Harvey Weinstein.”

“Congratulations to the incredible women who took this monster on, in spite of how maliciously he retaliated. You have made a huge leap forward for all women with this victory. Also so much love to @RonanFarrow,” wrote Jamil.

“23 YEARS!!” tweeted actress Padma Lakshmi. “Justice has been served today. So thankful for all of the incredible survivors who shared their experiences at the hands of this monster.”

“Wow — I hope our sisters — who showed so much courage feel a bit of justice /vindication — knowing a rich powerful man hasn’t rigged & beaten system,” he wrote.

“To all the women who had that sickening feeling of having to choose between preserving their careers vs speaking out against their abuser, and who managed to find their voice, thank you. To those who chose otherwise, you’re loved & supported too. #Weinstein,” wrote Kelly.

Actress Patricia Arquette celebrated the actresses who put their livelihoods on the line to expose Weinstein’s crimes, including her own sister.

“Thank you [Rosanna Arquette, Rose McGowan, Mira Sorvino] and all the Whistleblowers in the Weinstein case who put their careers and reputations at risk to help clear the way to know the horrible acts Harvey has done. Thank you to all the brave victims. @RonanFarrow,” she tweeted.

YouTube personality Paul Joseph Watson took a moment to call out those famous faces who may have covered up for Weinstein over the years.

“Harvey Weinstein sentenced to 23 years in prison. Meanwhile, all the Hollywood celebs who covered up for him for decades will continue to take podiums lecturing us about what such good people they are,” he wrote.

Monica Lewinsky also took to Twitter to speak up about the sentencing.

“To the brave women who are survivors of Harvey Weinstein’s repugnant crimes — both those who were vocal publicly & those who suffered in silence. YOU — along with the journalists who covered the story, #metoo + #timesup have changed the course of future histories. THANK YOU,” wrote Lewinsky.

The old man says ‘I shall die before I get out’

The judge says, very kindly, ‘Well, just do as many as you can’,” wrote Cleese.

THE FARROW SIBLINGS: WHAT THEY SAID

Actress and activist Mia Farrow expressed her appreciation for the women who helped to bring Weinstein down.

“Thoughts with every courageous women who, knowing the risks, dared to come forward to speak their truth,” she wrote.

The Pulitzer-winning Ronan Farrow highlighted the importance of fair journalism in bringing such cases to light.

“The Weinstein sentence reminds us of the importance of those sources and of leaders at news organisations who refused to kill the story — including the editors at the New Yorker who published the first allegations of rape and assault about Weinstein,” he wrote.

“In a letter to the judge this week, Weinstein’s attorneys said that reporting ‘destroyed’ his life. In fact, it fairly parsed a mountain of evidence suggesting Weinstein’s actions accomplished that. I hope it encourages more people to speak and more outlets to back tough stories.”

(FILES) In this file photo taken on February 24, 2020 Harvey Weinstein arrives at the Manhattan Criminal Court in New York City. On March 11, 2020, a week before his 68th birthday, the “Pulp Fiction” producer with a knack for making Oscar-winning movies was sentenced to 23 years in jail for rape and sexual assault. The sentencing in New York capped a sensational downfall for Weinstein, almost three years after allegations against him ignited the #MeToo movement, made him a pariah and ended his career. Nearly 90 women have come forward alleging 40 years of vile predatory behavior by Weinstein. / AFP / Johannes EISELE
Image Credit: AFP