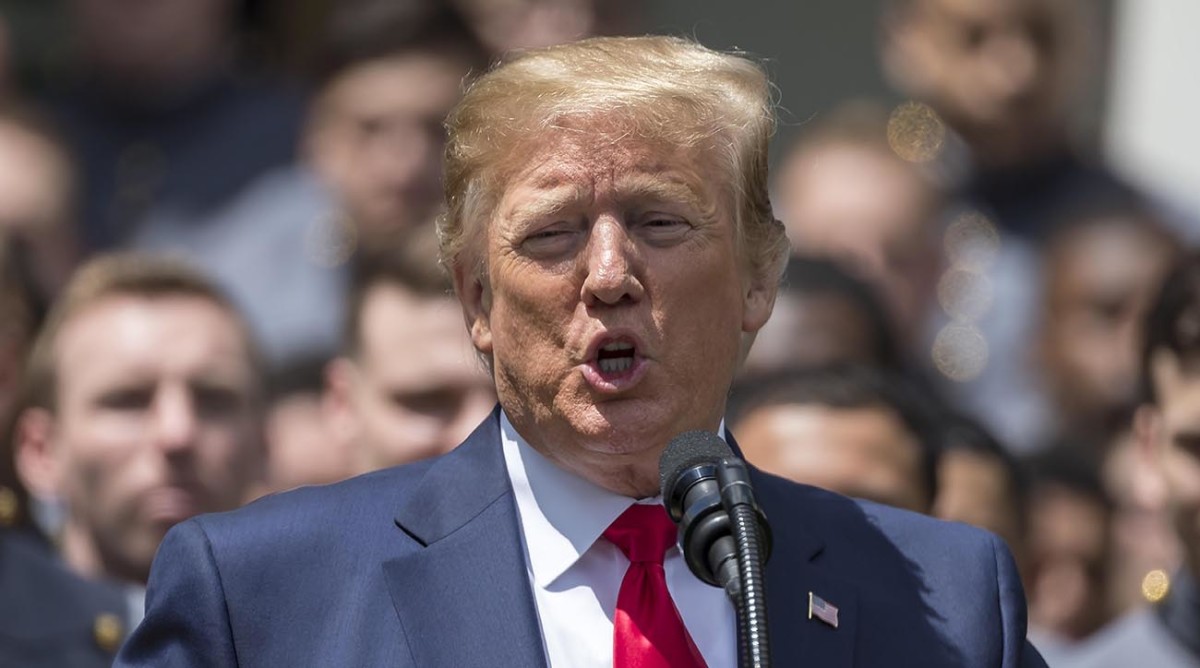 President Donald Trump suggested the 2020 Summer Olympics in Tokyo should be postponed for one year amid the coronavirus outbreak.

“I like that better than I like having empty stadiums all over the place,” Trump said. “If you cancel it, do it a year later. That’s a better alternative rather than having it with no crowd.”

The decision to either cancel or postpone the Olympics rests with the International Olympic Committee. A final decision could be made by the end of May or early June.

Earlier this month, International Olympic Committee spokesperson Mark Adams fielded several questions regarding the status of the Tokyo Olympics. He remained firm in his stance that the Summer Games will begin as scheduled July 24.

“We made a decision and the decision is the Games go ahead,” Adams said.

Japan Olympic minister Seiko Hashimoto previously noted Tokyo’s contract with the IOC calls for the Olympics to be held within 2020, so it could be interpreted as allowing a postponement.

The Olympic torch relay began in Olympia, Greece on Thursday with limited people in attendance due to concern over the coronavirus. The Olympic flame will make its way through Greece for eight days before being flown to Japan for a 121-day tour through the country. It will be used to light the Opening Ceremony cauldron on July 24.

“Nineteen weeks before the Opening Ceremony, we are strengthened in this commitment by the many authorities and sports organizations around the world who are taking so many significant measures to contain the spread of the coronavirus,” Bach said Thursday.

The World Health Organization declared a pandemic on Wednesday. There are more than 127,000 confirmed cases of the virus across at least 111 countries.