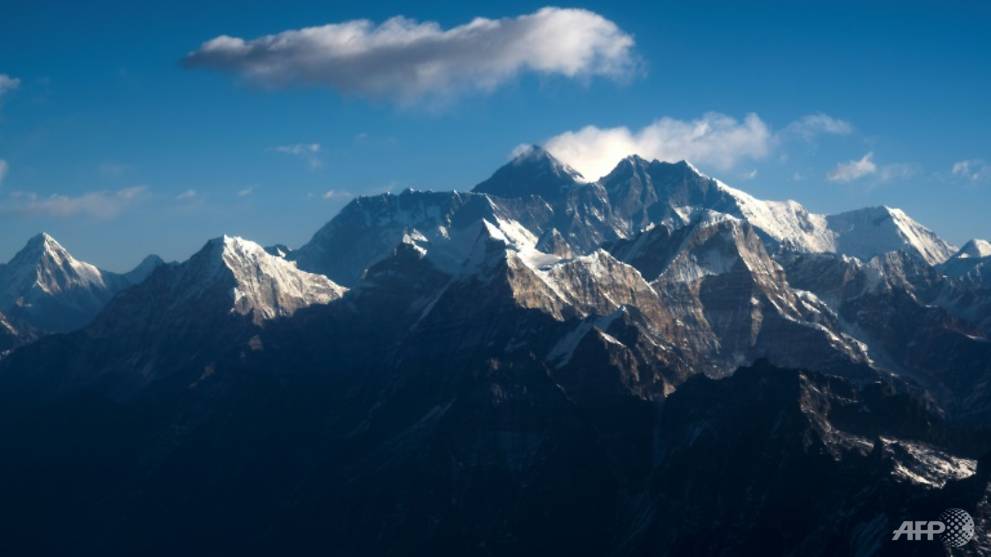 KATHMANDU: China has cancelled permits for Mount Everest because of COVID-19 fears, expedition organisers said Thursday (Mar 12), ahead of the spring climbing season on the world’s highest peak.

Last year’s traffic-clogged spring window saw a record 885 people summit Everest, 644 of them from Nepal and 241 from the northern flank in Tibet.

The Nepal side remains open for now although some expedition operators have seen cancellations and climbers have been asked to submit a 14-day travel history and medical reports.

The Chinese authorities “have informed us that the mountain will close from the north side,” Lukas Furtenbach of Austria-based Furtenbach Adventures told AFP.

Furtenbach said that he will be shifting his 11 clients to Nepal.

Tourist areas in Tibet have been closed since January, according to the local tourism office. The China Tibet Mountaineering Association, which issues permits for Everest, was not reachable.

Another company, Alpenglow Expeditions, has cancelled its Everest plans.

“I am in agreement with China’s decision. It is responsible … Climbing a mountain is not currently worth the transmission risk in the Base Camps, nor upon returning home,” Adrian Ballinger of Alpenglow Expeditions said in a statement Wednesday.

Some companies in Nepal have also seen cancellations.

“We had bookings from 23 climbers, but two groups have already cancelled. We might have just 8 to 10 climbers this year,” said Pasang Tenje Sherpa of Pioneer Adventure.

A Nepali team, specialised in fixing the climbing route, is currently on its way to the base camp to begin fixing ropes on Everest.

Everest attracts hundreds of mountaineers from all over the world each spring, when a window of good weather opens up between late April and the end of May, prompting a rush for the summit.

Nepal has so far seen only one confirmed case of the coronavirus.

It has suspended visas on arrival for visitors from eight countries badly hit, meaning they have to apply beforehand and submit a health certificate.