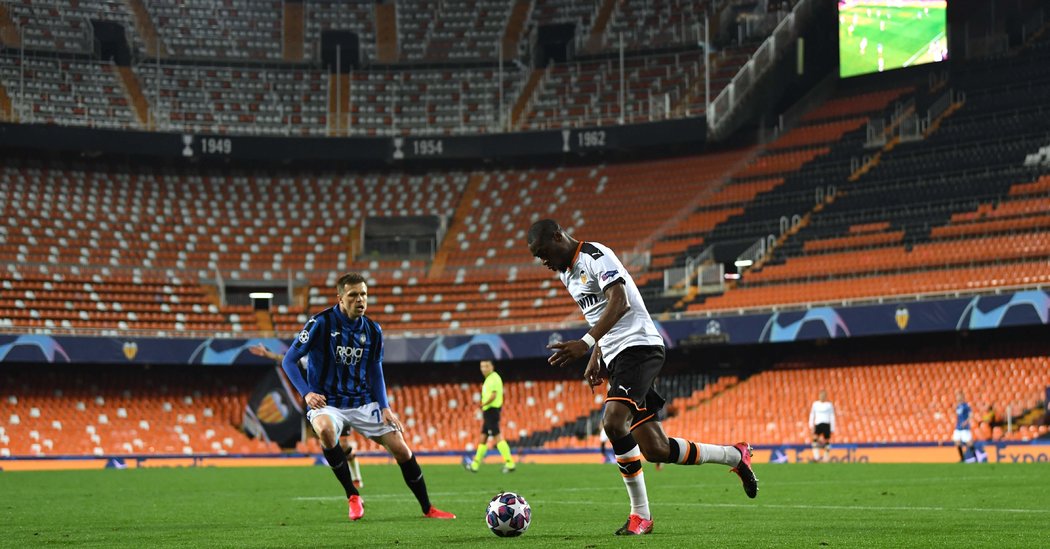 The Champions League, the richest, grandest tournament in club soccer, is facing the prospect of being suspended after Real Madrid became the latest of Europe’s elite teams to go into quarantine because of fears of exposure to the coronavirus.

Real Madrid confirmed in a statement on Thursday morning that one of its basketball players had tested positive for coronavirus, and that as a result all of the club’s sporting operations were being suspended. The basketball team shares the same training facility as its soccer team, so the restrictions were applied to both teams.

On Wednesday, another Champions League contender, the Italian champion, Juventus, had confirmed its players were going into isolation after one member of the squad, defender Daniele Rugani, tested positive for the virus. Inter Milan, which lost to Juventus in a game held behind closed doors on Sunday, announced a few minutes later that it, too, was suspending all sporting activity.

The Champions League, which crowns the champion of Europe and annually features top teams like Liverpool, Barcelona, Bayern Munich and Paris St.-Germain, is partway through its round-of-16 stage.

UEFA, European soccer’s governing body, does not now expect Real Madrid and Juventus to fulfill their Champions League fixtures next week. Real had been scheduled to face Manchester City, and Juventus was to meet the French team Lyon in the second leg of its last 16 ties on Tuesday.

Though it was reported in Spain on Thursday morning that UEFA was set to announce an imminent suspension of the Champions League and the second-tier Europa League competition, no official announcement was made. Instead UEFA announced that it would hold a teleconference with representatives of its 55 members associations on Tuesday, as well as representatives of an association representing the continent’s top clubs and its largest players’ union, to “discuss European football’s response to the outbreak.”

“Discussions will include all domestic and European competitions, including UEFA Euro 2020,” UEFA said, a reference to the quadrennial championship set for this summer that is also under threat from the continuing uncertainty.

All options, from suspension to cancellation, will be discussed.

Soon after Real Madrid announced it was entering quarantine, Spain’s top league announced that it was postponing the next two match days. Italy has already paused its season, one of the many leagues and competitions around the world struggling to proceed with their schedules because of the global pandemic.

UEFA is consulting with Europe’s national leagues to try to construct a cogent plan to deal with the effects of the virus, rather than the piecemeal approach being taken to date, in order to get the club season finished.

Games in the second-tier Europa League were scheduled to go ahead Thursday, though two fixtures involving Italian teams — Inter and Roma — and Spanish opponents were postponed on Wednesday after the Spanish government refused to allow the Italian clubs to enter the country.