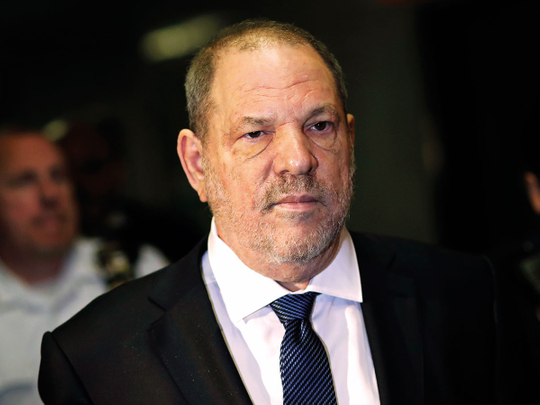 According to a report in Variety, Weinstein — facing up to 29 years in jail over rape charges — sent out a flurry of emails to his contacts after allegations of sexual harassment surfaced against him in October 2017, pleading for their support.

In an email to Cook, Weinstein said: “I don’t need you to make any public statements just a private one to my gmail address, saying that you support me getting therapy and the help I need before the board fires me.”

“I’m in a tough spot. Many of the allegations are false, but I need your help with this private letter of support. I’m going to get well, and if I pass the therapist test, then we can talk about reinstatement et cetera,” he wrote.

The documents, made available by the court, did not include any responses from Cook and others to Weinstein, said the report.

A New York court last month found Weinstein guilty of committing a criminal sex act in the first degree, and rape in the third degree.

Weinstein — who denied all charges — was convicted of sexually assaulting former production assistant Mimi Haleyi in 2006 and raping Jessica Mann, a former aspiring actress, in 2013. The judge ordered him to be sent to jail immediately.

Weinstein faces up to 25 years in prison over the guilty verdicts relating to two women.

In another email to Bezos, the fallen film producer said: “There are many false allegations and over time, we’ll prove it, but right now, I’m the poster boy for bad behaviour.”

In all, at least 80 women had accused him of sexual misconduct stretching back decades, including actresses Gwyneth Paltrow, Uma Thurman and Salma Hayek.

Most of those complaints, however, have not led to criminal charges, as they are beyond the statute of limitations — meaning they happened too long ago.

In an email to Netflix’s Sarandos, he wrote: “I need your friendship now.”

Weinstein’s emails were among 1,000 pages of unsealed documents, the report mentioned.