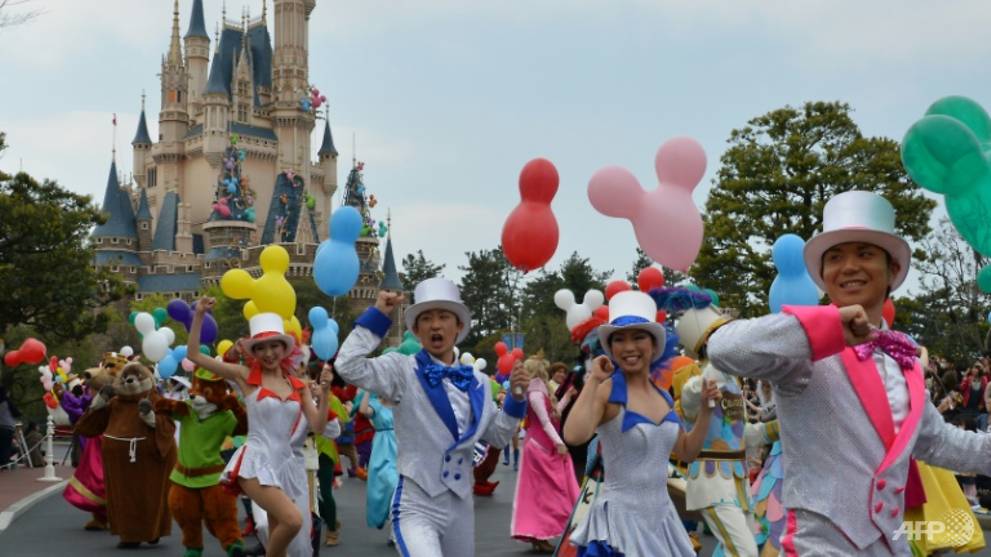 TOKYO: Tokyo Disneyland and DisneySea will remain closed through early April over fears of the coronavirus outbreak, the resort operators said Wednesday (Mar 11).

Oriental Land also said the opening of new zones and attractions scheduled for Apr 15 will be pushed back to mid-May, as the government calls on the public to avoid unnecessary outings and crowded places.

The announcement came a day after Prime Minister Shinzo Abe called for a 10-day extension of measures intended to halt the spread of the new coronavirus, including cancelling, delaying or scaling back major events.

The virus has so far infected 568 people in Japan and been linked with 12 deaths.

Oriental Land originally closed the parks from Feb 29 with a plan to reopen from Mar 16.

“We are planning our resumption time for early April, but we will make an announcement at a later time,” the company said in a statement.

More than 30 million visitors flood into the two parks each year, including children during the spring school break, and they are among the most popular destinations for tourists coming to Tokyo.

Universal Studios Japan, which had originally planned to remain closed for a fortnight until Mar 15, also said Wednesday it would remain shut for at least another week.

“We will announce when to reopen, carefully considering situations, including future announcements to be made by the government,” the Osaka-based theme park said.