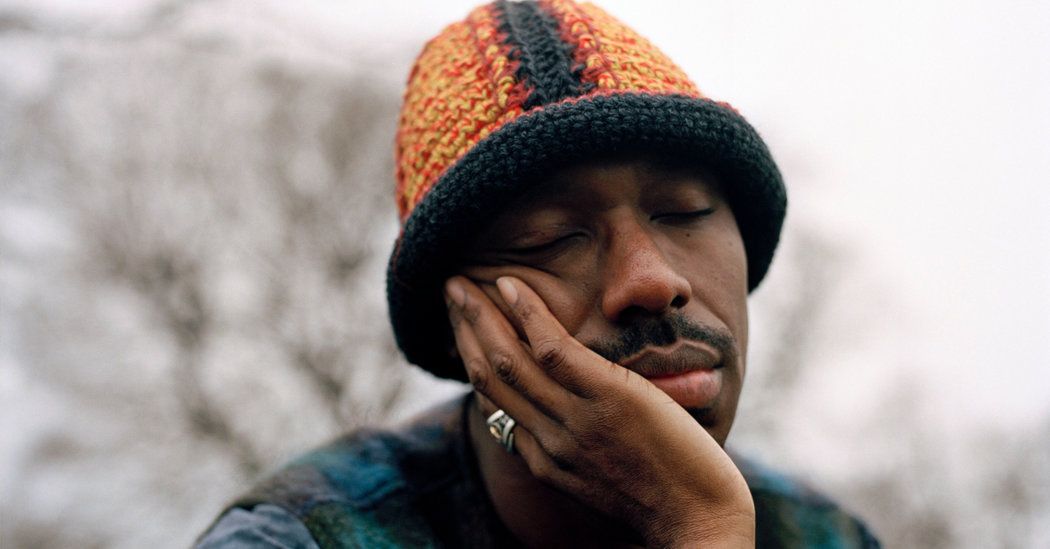 If jazz is looking to reinvent itself — or catch its breath and take stock of how much it already has in the past 10 years or so — the music of Shabaka and the Ancestors might be a good place to start.

A relatively recent partnership between the British saxophonist Shabaka Hutchings, 35, and a group of South African musicians from the same generation, the Ancestors’ music isn’t like any other jazz being played today — even in South Africa — but that doesn’t mean it can’t be a model. Their second album, “We Are Sent Here by History,” due Friday, seems to argue that by escaping any single context or outside expectation, a group can hit upon a kind of liberation that’s fresh enough to be useful.

“One thing that’s come up in our conversations, and has been transmitted into the narrative of the album, is the fact that we need to try to imagine what the future can hold idealistically,” Mr. Hutchings said from London in a phone interview. “We need to start articulating our utopias, articulating what needs to be burned and what needs to be saved.”

The pillars of this band are the fire-stirring voice of Siyabonga Mthembu; the sinewy, palpitating tenor saxophone of Mr. Hutchings, its leader and main composer; and the churning thrust of its rhythm section: the bassist Ariel Zamonsky, the percussionist Gontse Makhene and the drummer Tumi Mogorosi.

The alto saxophonist Mthunzi Mvubu is also deeply in the mix, often entwined with Mr. Hutchings’s lines. So are a few guest musicians, who appear on the album in select spots: the pianists Nduduzo Makhathini and Thandi Ntuli, and the trumpeter Mandla Mlangeni. All but Mr. Hutchings are based in Johannesburg or nearby Soweto.

The bandleader typically writes out the basic structure of each piece, but “that’s just the first step,” he said. “How the musicians then react to it, give their feedback — that’s what creates the album, the energy, good music.”

Mr. Hutchings is a linchpin and an ambassador of the London scene, but the defining quality of his life and music has been travel. As a child, he spent years living in Barbados, internalizing its musical and cultural traditions, before returning to London for high school. It was on a series of trips to South Africa, stemming from a romantic relationship, that Mr. Hutchings fell in with Mr. Mlangeni and the members of his Amandla Freedom Ensemble, most of whom would eventually join the Ancestors.

Mr. Mthembu, whose art-rock band The Brother Moves On has always stood adjacent to Johannesburg’s jazz scene proper, was glad to finally link up with this cast of improvisers. “Brother Moves On has always been this periphery act,” Mr. Mthembu said. “The jazz cats never got why we were able to get the jazz venues full.” When he was invited to the first recording session for Mr. Hutchings’s band in 2015, he said, “Everyone on it was cats that I looked up to in Joburg.”

Mr. Mthembu was supposed to record vocals on just two tracks, but he ended up staying for the entire session and appears on about half of the Ancestors’ stirring debut album, “Wisdom of Elders,” which was released the next year on Brownswood Recordings. Mr. Hutchings soon signed a multi-project contract with Impulse! Records; “We Are Sent Here by History” will be his third album for the label in three years, and his first on Impulse! with the Ancestors.

Mr. Hutchings has said he hoped the band would capture some of the “restless energy” of Johannesburg, a metropolitan but deeply working-class city, where much of the arts activity takes place underground. “We Are Sent Here by History” is intended specifically as both a lament and an embrace of the coming climate apocalypse.

“We’re talking about imaginative structures, we’re talking about how we perceive things and how we process information that’s given to us — how we see ourselves in the sense of how we relate to history,” he said. “Hopefully it’s just a starting point to get people thinking about their own relationship to these things.”

The members of the Ancestors all have a distanced relationship to the American jazz tradition, which is to say they enjoy the privilege of choice. Together they have plucked some specific inspirations — the spiritual jazz of Sun Ra, Alice Coltrane and Pharoah Sanders; and from the recent success of Kamasi Washington, which showed them what might be possible — but more or less left the rest. Beyond that, the Ancestors’ sonic inheritance comes mostly from South Africa, from bands like the Zulu jazz-rockers Batsumi and the numerous apartheid-era musicians who found refuge in Britain like Louis Moholo, Chris McGregor, Johnny Dyani and Hugh Masekela.

“There’s a sense that there is a particular sound that’s being inherited, but then there’s also a shared forward motion with other people from other parts of the world,” said Mr. Mogorosi, the drummer. “We’re trying to use the tradition to do something more with it — or rather, using the tradition to try to bring play into it. I think this sense of play really pushes things forward.”

For Mr. Mthembu, moving ahead also means putting pieces of history back together that have been ripped apart, or simply repressed. “I think imagining — in an African space and in African philosophy — is remembering,” he said. “Remembering that your people had ways, they had a science, they had ways of talking about the creator, had other idioms and metaphors. And it’s in the words that the remembering comes.”

Mr. Hutchings’s other two ensembles — the raving, synth-driven Comet Is Coming and the propulsive, two-drummer Sons of Kemet, both featuring British musicians — are meant to get listeners dancing and seeing the Holy Ghost. The Ancestors work at a lower, deeper register; it’s not dance music, but it is still meant to move you. It may be the most imaginative of the musician’s three groups.

Much of the time, the only instrument carrying a melody is the bass, undergirding Mr. Mthembu’s stern voice as he intones lyrics in Zulu and Xhosa in a big, quavering baritone or recites words (in English) adapted from the visionary verse of Lindokuhle Nkosi, a young South African poet. Even on some of the liveliest tracks — like “Behold the Deceiver,” with its weaving horns and bubbling riot of drums and percussion — the bass hardly wavers from a single incantatory phrase.

In the eerie soundscaping of “You’ve Been Called,” the album’s second song, the South African saxophonist Zim Ngqawana’s influence looms as large as that of John Cage. Swathed in a cloud of noxious little howls and echoes, Mr. Mthembu reveals the meaning of the album’s title: “We possess the power to pray our own devils back to hell, back to the burning,” he says. “We are sent here by history.”