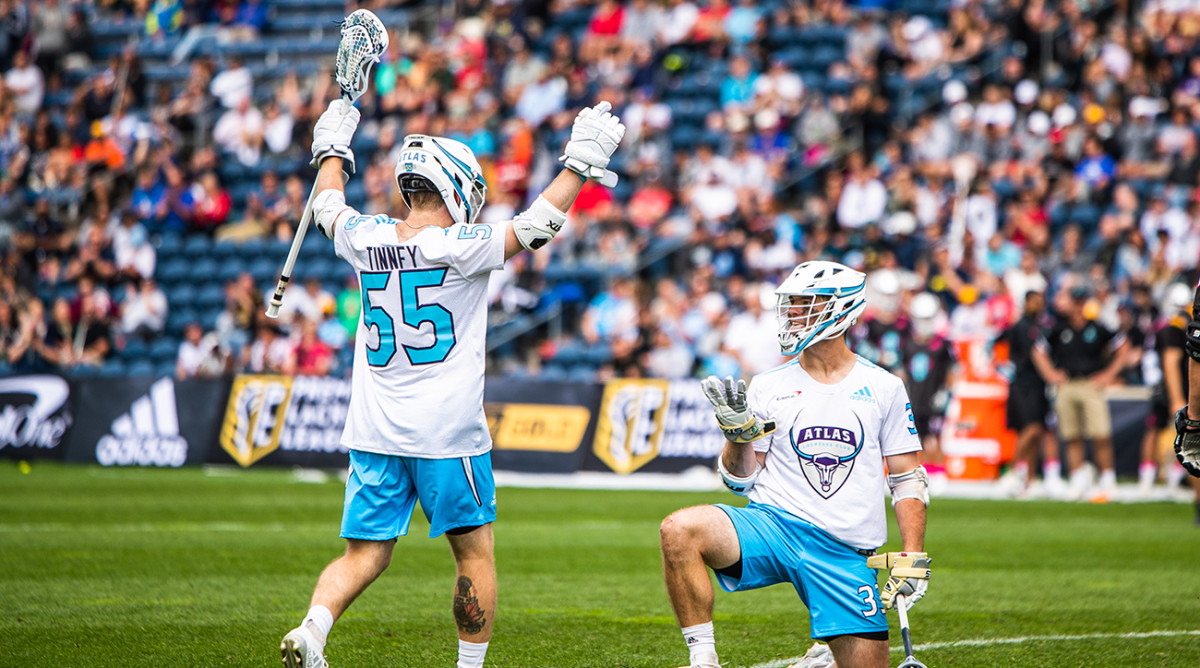 In the spring of 2016 when Myles Jones was finishing up his final season at Duke, he recalls dozens of kids always there lined up outside his team’s locker room, jumping at the chance to ask for autographs. The two-time McLaughlin Award winner, an honor given annually to the best NCAA midfielder, remembers occasional sellouts throughout his four years at Duke. The Tobacco Road Rivalry, which is best known for its intense basketball games, was as heated in lacrosse as one might think, he adds.

Premier Lacrosse League co-founder and Atlas Lacrosse Club star Paul Rabil tells a different story of the area. In his childhood memories, which predate the sport’s recent growth, Rabil, 34, recalls the sport being “non-existent” when he’d visit his grandparents in nearby Winston-Salem as a 12 or 13-year-old. There was not a goal on a pickup field he could shoot on. He instead resorted to practicing against baseball fences.

“So I now get excited about playing in Raleigh, N.C., for personal reasons,” he says.

Today, Raleigh is one of America’s budding lacrosse markets. It will also be one of the league’s five sites for the second half of the PLL season.

Similar to the lead-up of its first season, the PLL used a scorecard throughout the process to help decide which sites to visit. The scorecard, per those within the league, ranked each market by factoring in data such as household viewership numbers, youth participation and stadium fit, among other categories. Those within the league also sought feedback from their fans over Twitter and Instagram, and used third party analytics groups to gather even more information around specific locations. Portland was among those fans frequently pushed for inclusion. “We looked at what markets and what venues worked last year,” says PLL COO Andrew Sinnenberg, “and I think we were able to again just fine tune our thesis and build on our prior learnings.”

Among those lessons was a change in strategy, specifically relating to youth tournaments. Last season, the league largely avoided hosting its games concurrently in the same market as a major youth event, per Sinnenberg. This year, that will change. Instead, ahead of its second season, the league is working with NBC to have later start times for its games so that it can “work alongside a youth tournament” and continue drawing in younger viewers. Six of their first seven events will have a “real, material youth partnership,” the league’s COO says.

Sites around the country also took notice of the PLL’s success last year. For the 2020 season, per Rabil and Sinnenberg, the PLL received inbound pitches from places looking to host its games. “This time last year we were trying to convince people that we were real,” Rabil says.

The 2020 PLL season, which will start in Boston on May 29, will take place over 15 weekends. It will visit 15 different venues, including six entirely new markets. But one commonality between a number of its Year 1 and Year 2 sites is a continued emphasis on collegiate ties. The league will again visit cities like Baltimore, Denver and Albany, which are among the best markets in college lacrosse. It will also travel to Salt Lake City, a relatively new, but budding market largely due to the University of Utah’s success, and Raleigh, a region with a rich tradition thanks to UNC and Duke.

“We always got big crowds while I was at Duke,” Jones says. “And that was from 2012 to 2016. So imagine what it’s gonna be like when the best players come there.”

Like Jones, 23-year-old Trevor Baptiste was among the sport’s biggest college stars. Baptiste, a New Jersey native, played at the University of Denver where he set an NCAA record in 2015 for face-off wins by a freshman. He was a first-team All-American that year and again in 2016. Baptiste, however, is among the few Pioneers on Atlas’ roster. His team instead features a heavy John Hopkins contingent.

In what was a deliberate decision ahead of its inaugural year—a phrase that can be applied to a number of different PLL contexts—many of the league’s original six teams featured collegiate cores. Chrome was composed of mainly Duke players, Whipsnakes featured a strong Maryland nucleus and Chaos had a number of Albany players. Continuing to strengthen those collegiate affiliations is another objective of the league as it enters its second season, as the familiarity between players not only helps improve the level of competition, per Rabil, but also works to create, or increase, fan affinities.

“It was really smart in how they aligned all the teams,” Baptiste says.

Despite entering only its second season, the league as a whole has already taken part in an active offseason. In January, it welcomed its seventh team, Waterdogs Lacrosse Club. In February, it underwent its first-ever expansion draft. Next Monday, the league’s entry draft will occur, as it folds in more veteran professional lacrosse players that did not play in the PLL last season. In mid-April, it will hold its 2020 college draft.

The PLL also recently announced a multi-year agreement with Ticketmaster to allow the ticketing company to become the league’s presenting sponsor, among other parts of a wide-ranging partnership.

More growth is on the horizon. Rabil adds that the league is looking to bring sports betting to fruition at the start of this season, among other possible developments.

Considering all that went into the first season, Rabil says that everything has gone “relatively smoothly” thus far, which he noted is a credit to everyone at PLL, from players to staff to coaches. “But where we’ll be in three years when the novelty wears off, and we’re considered in the same breath as the major five sports league. That’s where I want to be for sure and there’s a lot of work to get there.”

For years, Baptiste says there was an undertone in the collegiate lacrosse world that despite players being “all in on this sport,” they needed to have a clear plan for post-college lacrosse life. Like many others in the PLL, Baptiste took part in non-lacrosse internships during his summers in college. He graduated and was offered a job at a real estate investment firm.

“We’re making huge strides to do this, to make it so players can play the sport we live in right now,” Baptiste says of how PLL changed his post-university plan. “It’s going to change the mindset of players coming out of college.”

And while Denver is just one stop of many for the league, it’s one he’s especially excited for.

“It’s a really great city and atmosphere for the sport,” Baptiste says. “And it’s great to see it continuing to great more traction.”