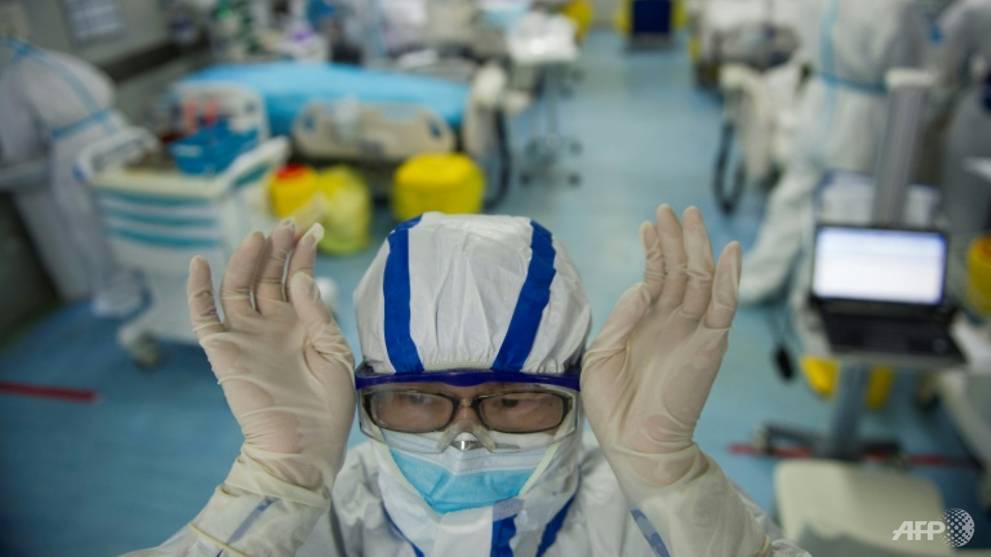 PARIS: Aches and pains, sore throat, fever – although they may feel similar to those suffering from their symptoms, the novel coronavirus is not the same as the seasonal flu, experts stressed Wednesday.

COVID-19, the illness caused by coronavirus, proves deadly in around 3.5 per cent of confirmed cases.

While this is not the same as its mortality rate, given many people may be infected but not realise it, it is significantly higher than seasonal flu, which typically kills 0.1 per cent of patients.

“There is still considerable uncertainty around the fatality rates of COVID-19 and it likely varies depending on the quality of local healthcare,” said Francois Balloux, Professor of Computational Systems Biology at University College London.

“That said, it is around 2 per cent on average, which is about 20 times higher than for the seasonal flu lineages currently in circulation.”

But the true danger of coronavirus is unlikely to be the death toll. Experts say health systems could easily become overwhelmed by the number of cases requiring hospitalisation – and, often ventilation to support breathing.

An analysis of 45,000 confirmed cases in China, where the epidemic originated, show that the vast majority of deaths were among the elderly (14.8 per cent mortality among over 80s).

But another Chinese study showed that 41 per cent of serious cases occurred among under 50s, compared with 27 per cent among over 65s.

Disease experts estimate that each COVID-19 sufferer infects between 2-3 others.

That’s a reproduction rate up to twice as high as seasonal flu, which typically infects 1.3 new people for each patient.

Salomon said that humans have lived with influenza for more than 100 years.

“We’ve studied it closely,” he said. “This new virus resembles the flu in terms of physical symptoms but there are huge differences.”

Number one is the lack of a vaccine against COVID-19, or even any treatment shown to be consistently effective.

READ: Commentary: Hunt for COVID-19 cure is changing research. But collaboration has been tricky

While some trials have shown promise delivering anti-retroviral drugs to serious cases, as well as some experimental therapies, their sample sizes are too small to roll out to the general population.

Hundreds of researchers around the world are working frantically to find a COVID-19 vaccine, but the development process takes months and is likely too late for the current outbreak.

Even if a vaccine magically appeared, getting everyone access it to it is no small order. Health authorities regularly complain that not enough people receive the flu vaccine to guarantee “herd immunity”.

But the new virus does share some characteristics with flu, notably the measures each one of us can personally take to slow the infection rate:

Avoid shaking hands, frequently wash your hands with soap and water, avoid touching your face and wear a mask if you are sick.

Such actions can limit new infections just as they can with the flu, gastro illnesses and other infectious diseases.

France’s health ministry says that only two in 10 people regularly wash their hands after using the bathroom.

“And only 42 per cent of people cover their mouth with an elbow or tissue when they cough or sneeze,” it added, not encouragingly.