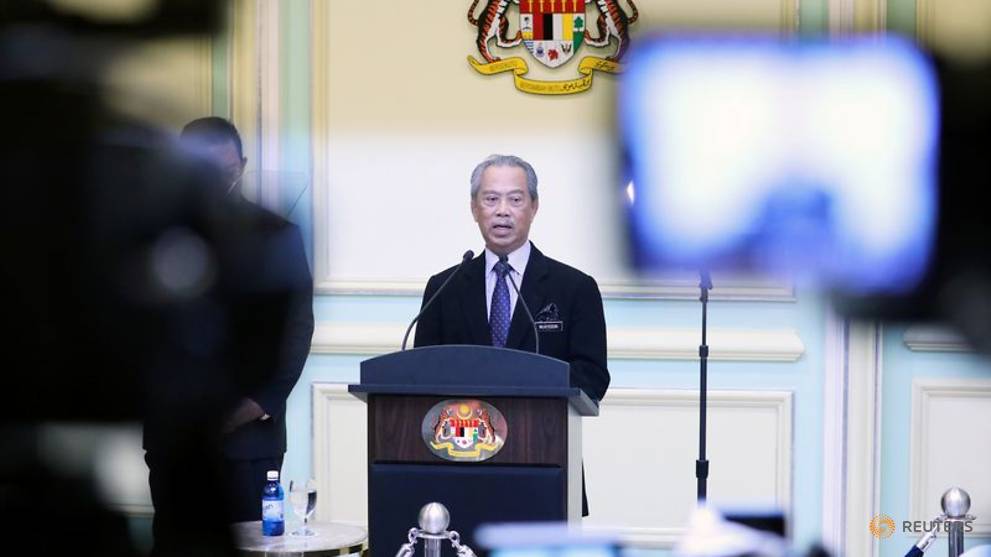 KUALA LUMPUR: Malaysian Prime Minister Muhyiddin Yassin said on Wednesday (Mar 11) that he will set up an economic action council to tackle COVID-19 as well as the issue of falling oil prices.

Speaking to reporters after chairing his first Cabinet meeting, the new prime minister also said that he will consider reinstating the Goods and Services Tax (GST).

Mr Muhyiddin was quoted by Malay Mail as saying that he will chair the economic council together with Senior Minister Azmin Ali, Finance Minister Tengku Zafrul Tengku Abdul Aziz as well as Minister in the Prime Minister’s Department Mustapa Mohamad.

“There will be (other) members we will choose, including the Bank Negara Governor,” the prime minister added.

He also said that the government would consider calls to reinstate the GST, as part of an overall attempt to lower the cost of living.

The 6 per cent GST was scrapped by the former Pakatan Harapan (PH) government in 2018. It was replaced by a Sales and Services Tax (SST), with goods being taxed between 5 and 10 per cent and services at 6 per cent.

However, the cost of living has shown little signs of easing.

Mr Muhyiddin added that he is prepared to cut his own salary to help the government’s coffers.

Mr Muhyiddin’s Cabinet was sworn in at Istana Melawati on Tuesday. He named four senior ministers in his Cabinet, in lieu of a deputy premier.

The former home affairs minister was appointed on Feb 29 by the Malaysian king, who said in a palace statement that the parliamentarian who likely commands the majority is Mr Muhyiddin, the Pagoh Member of Parliament (MP).

On Wednesday, Mr Muhyiddin said that Mr Azmin will chair Cabinet meetings in his absence.

“They (senior ministers) are all equals, except that I have told the Cabinet that in my absence, Azmin (who oversees economic issues) will chair the Cabinet and do what is necessary,” he said, according to the Malaysian Insight.

If Mr Azmin is also not around “the minister on my right will take over … so I have a lot of support”, added the prime minister, referring to Mr Ismail Sabri Yaakob, the senior minister who is responsible for defence.

“I’ve said earlier that it will be a functional Cabinet that will deliver in the interest of the nation.”

Mr Muhyiddin also said on Wednesday that he did not want to hold snap polls, despite calls by some political parties to do so.

When asked if he was willing to reconcile with Dr Mahathir, the prime minister said he has written to his predecessor to ask for forgiveness.

“We have formed this government, and I want Tun (Dr Mahathir) to endorse this government. This is the government for the people,” he said, according to Malaysian news portal the Star.

“It is legal, and it is constitutional.”

Dr Mahathir had earlier insisted that he still commands a majority in the parliament.

But on Tuesday, Dr Mahathir reportedly said that an attempt by PH to table a no-confidence motion is unlikely to be successful.

He also noted that Mr Muhyiddin could stay in office until the next general election.