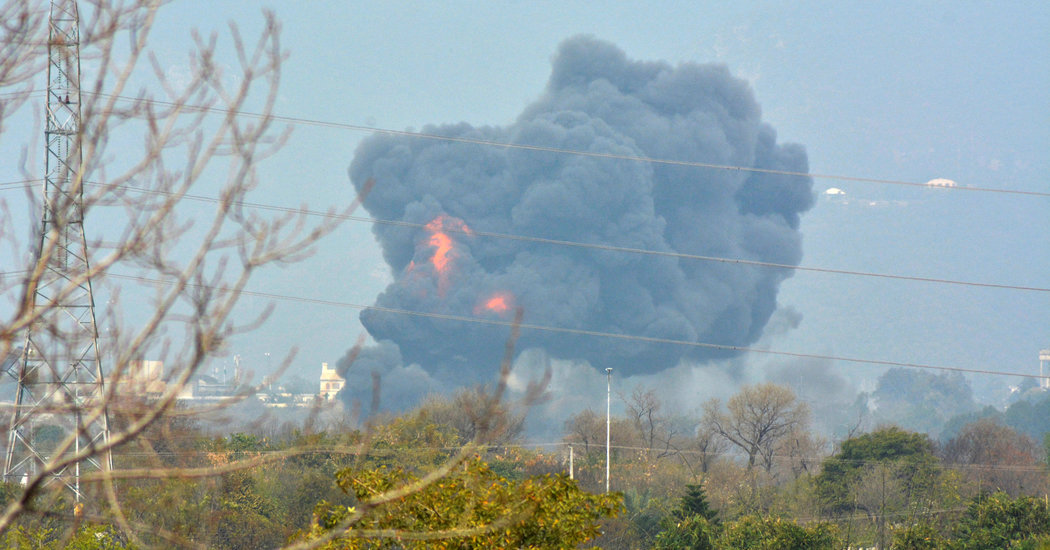 ISLAMABAD, Pakistan — A Pakistani Air Force pilot died when his F-16 fighter jet crashed in the capital, Islamabad, on Wednesday during a training exercise for a military parade to mark the country’s national day, officials said.

No other casualties were reported, though the crash site, Shakarparian Hills park in central Islamabad, is near museums and a sports stadium.

Pakistan’s Air Force said that it would investigate the cause of the crash and that it was too early to determine whether it was the result of a technical failure or a bird strike. The jet was performing a standard maneuver at a low altitude before it crashed, officials said. The pilot, Wing Commander Noman Akram, was unable to eject from the aircraft.

Videos posted online showed the jet dipping suddenly before disappearing behind a cluster of trees. The sounds of the crash could be heard moments later. Other clips showed the aftermath of an explosion that left many onlookers in disbelief.

Crashes during rehearsals for the military parade, which is scheduled to be held this month in Islamabad to celebrate Pakistan Day, are rare. But this is the second time an aircraft has crashed during preparations. In 1987, a Mirage fighter jet preparing for the event went down in nearby Rawalpindi as a result of a bird strike.

March 23 celebrations in Pakistan commemorate the 1940 Lahore Resolution, in which Muslims of the Indian subcontinent called for a separate homeland amid an end to British colonial rule.

Although it was seven years later that Pakistan and India became separate independent nations, Pakistan’s military holds a parade each year in Islamabad to commemorate the resolution. The event, a show of force and display of pomp, includes troops and fighter aircrafts.

Pakistan takes particular pride in its fleet of F-16 fighter jets, which are considered its first line of air defense. Its fleet includes about 50 of the American-made aircraft.

Commander Akram, a decorated officer, was considered one of the best fighter pilots in Pakistan’s Air Force, officials said. In October 2019, he was awarded a trophy for best marksman during an armament competition.

Air Force officials said that although they were deeply saddened by the loss of life, the aerial exercises for the March 23 parade would continue.