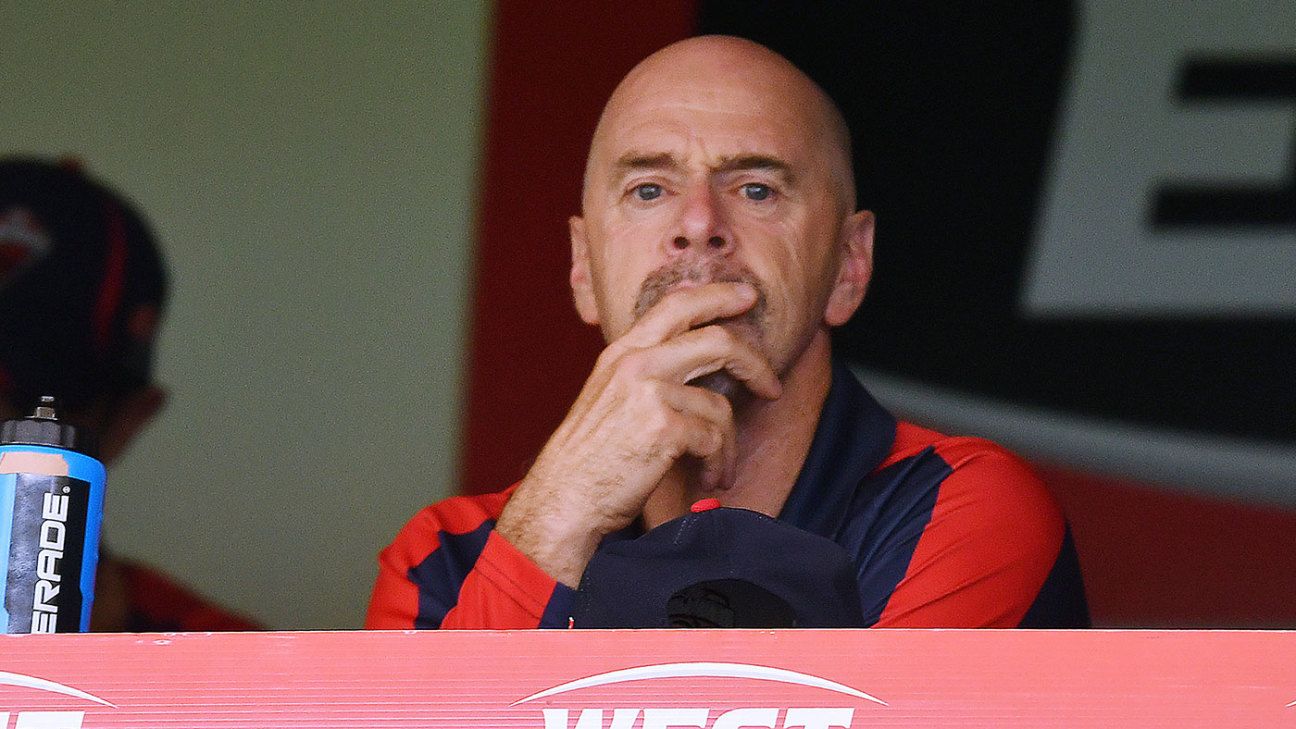 Jamie Siddons has left his role as South Australia coach with the state facing the prospect of finishing bottom in the Sheffield Shield for the third season in a row.

Although they secured Shield victories either side of the Big Bash – a six-wicket win over Tasmania ended an 18-match wait for a victory – heavy losses to New South Wales and Victoria has left them at the foot of the table heading into the last round against Queensland.

“Unfortunately the Redbacks have not been performing to our expectations in recent seasons,” Keith Bradshaw, the SACA chief executive, said. “We acknowledge that the Redbacks played in consecutive Sheffield Shield finals in Jamie’s first two seasons as head coach, and also played in One-Day Cup finals in 2015-16 and 2017-18.

“I also know that Jamie is very proud that South Australia has had several players represent Australia across all three formats in recent months.

“On behalf of SACA, the Board, management and staff I would like to thank Jamie for his efforts as coach and, over a longer period, his outstanding service to South Australian cricket.”

Greg Blewett, who stepped into the coaching role when Siddons took a break for personal reasons, and was in charge for the win over Tasmania, will step into the position for the final Shield match while the search begins for a full-time replacement.

Siddons had a hugely distinguished career with 160 first-class matches – 82 of them for South Australia – scoring 11,587 and was regarded as very unlucky not to earn a Test cap, playing just a single ODI for Australia. His other coaching roles have included as an assistant to the Australia men’s team and head coach of Bangladesh.