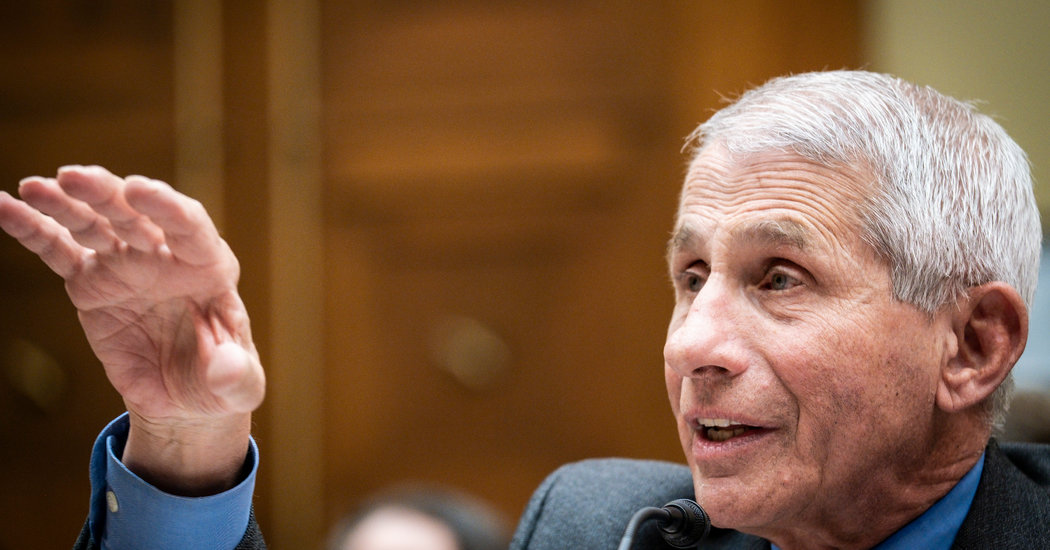 WASHINGTON — A top federal health official told lawmakers on Wednesday that the coronavirus would continue to spread in the United States, issuing a stark warning: “The bottom line: It is going to get worse,” said Dr. Anthony S. Fauci, the director of the National Institute of Allergy and Infectious Diseases.

He indicated that the National Basketball Association should bar audiences from its games. “We would recommend that there not be large crowds. If that means not having any people in the audience as the N.B.A. plays, so be it,” he said.

A House Oversight Committee hearing quickly devolved into a partisan fight over the Trump administration’s response to the coronavirus outbreak, with Democrats ripping into top health officials and Republicans defending President Trump.

Representative Stephen F. Lynch, Democrat of Massachusetts, pleaded for candor. Massachusetts has almost 100 confirmed cases of the virus, many of which were tied to a conference that the biotechnology company Biogen held in Boston.

“The president has made some bizarre statements here,” Mr. Lynch said. “The cases are not going down. The American people should be aware of that. You should be forthright in explaining that.” He continued, “standing behind him and nodding silently with an eye roll once in a while is not going to get it.”

“I have never ever held back telling exactly what is going on from a public health standpoint,” Dr. Fauci responded.

The hearing started with a jarring announcement. Representative Carolyn B. Maloney, Democrat of New York and the committee’s chairwoman, said the hearing would end early, before noon, because the witnesses had been summoned to the White House for an emergency health meeting.

The tension on Wednesday came amid significant financial turmoil, as stocks on Wall Street tumbled again, with the S&P 500 falling more than 2 percent in early trading. The Treasury Department is considering delaying tax payments beyond the April 15 deadline, according to a person familiar with the plans, as taxpayers and the Internal Revenue Service brace for economic disruption from the spread of the coronavirus.

The number of known coronavirus cases in the United States passed 1,000 on Tuesday night, more than a quarter of which were announced on Tuesday, a sign of how rapidly the disease is spreading in at least 37 states and Washington, D.C. Dr. Robert R. Redfield, the director of the Centers for Disease Control and Prevention, announced at the hearing that 31 people in the United States have died as a result of the virus.

Ms. Maloney said two members of the committee — Representatives Mark Meadows, a North Carolina Republican who was recently named White House chief of staff, and Paul Gosar, Republican of Arizona — were not attending the hearing. Both lawmakers announced that they were self-quarantining after potentially coming into contact with a person infected by the virus at a conservative political conference.

Ms. Maloney blasted the Trump administration for delays and manufacturing snafus in distributing tests to laboratories across the country.

“We’re supposed to be leading the world. Instead, we are trailing far behind,” Ms. Maloney said, referring to the vast number of those tested in South Korea, where over 100,000 people have been checked for the virus. “We didn’t even test a fraction of that number. Why did it take so long? We must do better.”

Mr. Trump began negotiations with Congress on Tuesday for an emergency relief package, with the president calling for a temporary elimination of payroll taxes that could cost nearly $700 billion, rivaling the financial bailout of 2008.

Members from both parties oppose the plan, but some believe it could be included in a broader package that deals with sick pay, unemployment benefits and food assistance. Financial markets rallied on news of the talks.