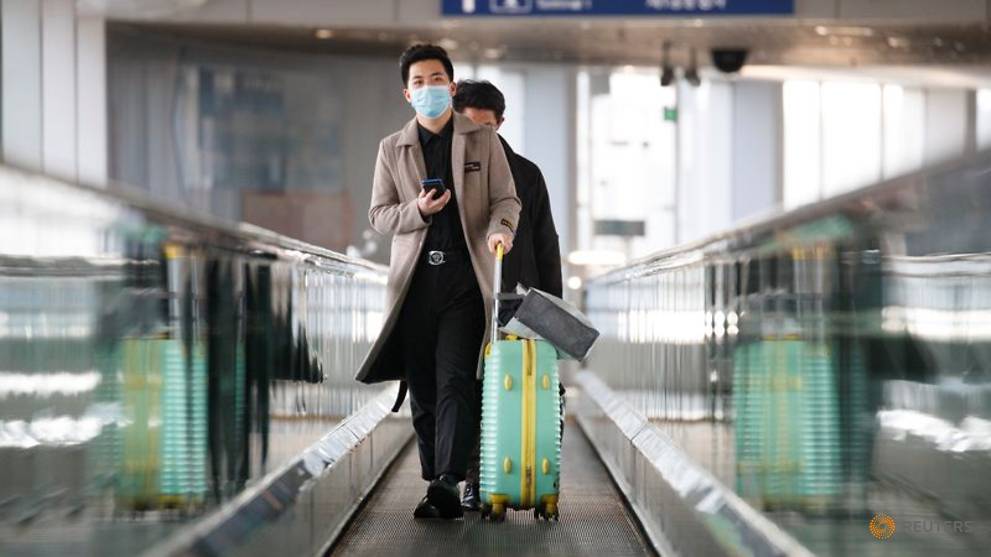 BEIJING: Beijing on Wednesday (Mar 11) ordered people arriving in the city from any country to go into 14-day quarantine as China reported an increase in imported coronavirus cases, threatening its progress against the epidemic.

China has made major strides in its battle against the virus, prompting President Xi Jinping to visit Wuhan, the central city at the heart of the global epidemic, on Tuesday and declare that it has “basically curbed” the spread of the disease.

The number of new infections has dramatically fallen in recent weeks but Wednesday showed a slight uptick from the previous day due to the increase in imported cases.

Zhang Qiang, a city government official, said at a press conference on Wednesday that those landing from “non-epidemic countries” will also have to stay at home for 14 days.

People arriving in Beijing for business trips must stay in a designated hotel and undergo a nucleic acid test for the virus, he added.

Flights from Italy, Iran, South Korea and Japan will arrive at a designated area of the terminal, an airport staff member told AFP on Wednesday.

Normally the busiest in China by passenger volume, the airport was much quieter than usual on Wednesday morning.

The staffer added that travellers who need to be quarantined would be sent to the nearby New China International Exhibition Centre, where AFP journalists saw security guards standing next to a red carpet.

There were 22 more deaths and 24 new cases nationwide on Wednesday, according to the National Health Commission.

Ten of the new cases came from abroad – most from Italy, the worst-hit country outside China.

Six of the imported cases were in Beijing.

The country, however, has made significant progress in curbing domestic infections.

New cases in Wuhan fell to a new low, with 13 infections reported on Wednesday, while only one other non-imported case was recorded elsewhere in the country.

Wuhan and its surrounding province, Hubei, have been under lockdown since late January in an unprecedented effort that has prevented 56 million people from venturing to other parts of China.

But with Hubei reporting zero cases outside Wuhan for several days in a row, the province announced Tuesday that it would allow healthy people in low-risk areas to travel within the province.

The virus has infected nearly 81,000 people in China so far, with a large majority having already recovered. The national death toll rose to 3,158 on Wednesday.

The global death toll from the new coronavirus has passed 4,000 and the outbreak has spread to over 100 countries.