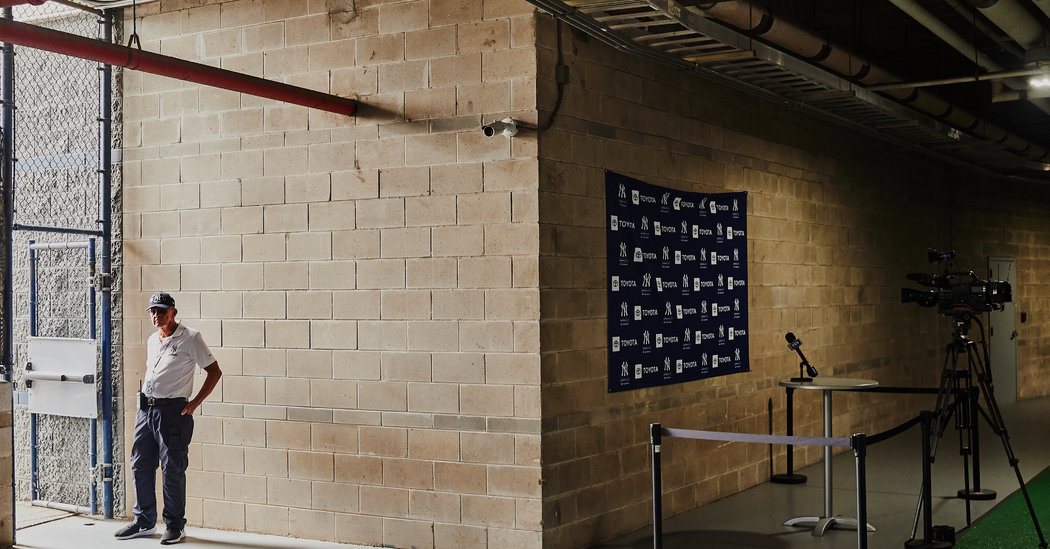 “I am, yes,” said Hoskins, the Phillies’ representative for the M.L.B. players’ union. He added, “I have not changed the way that I live.”

Fans of the four sports, too, have largely been able to keep to their same routines. None of the leagues have announced plans to cancel games or hold them in empty stadiums, as some leagues in countries like Italy have done. But the landscape is changing quickly, and the leagues remain in consultation with health officials and are prepared to act according to their recommendations.

Organizers of other public events have already taken more drastic measures. On Tuesday, the Ivy League canceled its men’s and women’s college basketball tournaments, and on Sunday the Indian Wells tennis tournament, one of the biggest on the calendar, was canceled, too. The New York Road Runners also canceled the NYC Half, a half-marathon with about 25,000 runners that was scheduled for Sunday morning.

Other large gatherings — including Boston’s St. Patrick’s Day parade and political rallies for the Democratic presidential candidates Joseph R. Biden Jr. and Bernie Sanders, both of which were scheduled for Tuesday — have been canceled.

For now, the only restrictions for the professional sports leagues center on nonessential people who have access to locker rooms, like sports equipment sales people, food vendors, traveling scouts and media members. Instituting those measures without any restrictions for fans in the stadiums drew some criticism, including from Gov. Gavin Newsom of California.

“I found it quite curious that the four major organizations — N.H.L., soccer, Major League Baseball, and the N.B.A. — put out guidelines to protect their athletes but not their fans,” Newsom said at a news conference on Tuesday.

In Los Angeles, the N.B.A.’s Lakers roped off a square-shaped area for LeBron James to meet with reporters on Tuesday morning ahead of a game against the Nets at Staples Center.