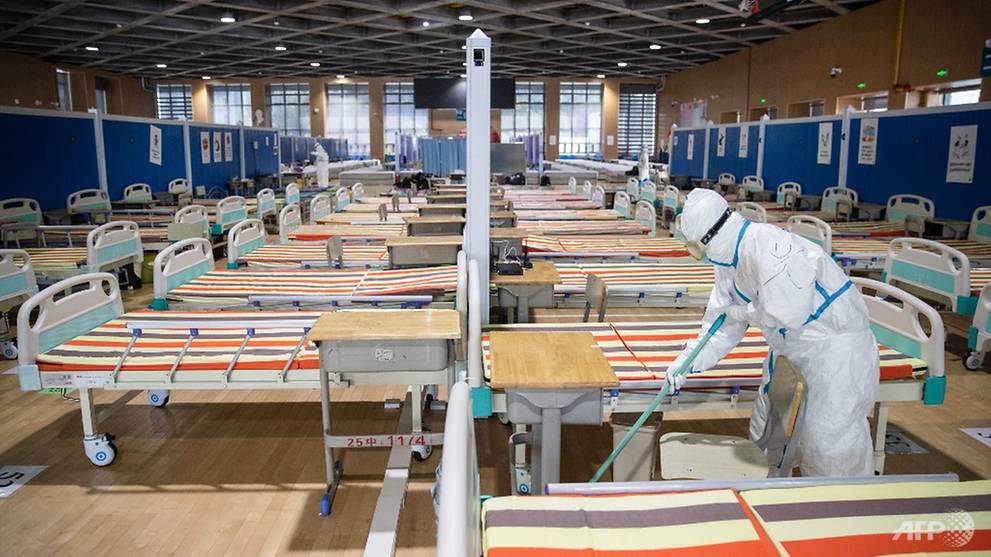 LONDON: Connor Reed was working in Wuhan when he contracted the coronavirus in late 2019, suffering common cold-like symptoms, then flu, and ultimately pneumonia which hospitalized him and left him struggling to breathe.

Now fully recovered after a month of sickness, and still living in Wuhan, where the epidemic first broke out, Welshman Reed, 25, has adapted to the new normal in the city under lockdown since late January.

“I first had a cold – just an everyday cold, a thing that everybody gets. I then got better before I got worse. So from the cold I progressed into the flu … definitely the worst flu that I’ve had.”

“From the flu. I got better again, and that’s when I had pneumonia. The pneumonia stage was when I went to the hospital.”

At the time of his admission, authorities in China were not fully aware of the scale of the outbreak of the new virus. Reed got confirmation at the end of December that he had COVID-19.

“When I had the flu symptoms, that felt like I’d been hit by a truck. And it was quite debilitating … however, it wasn’t life-threatening.”

“When I had pneumonia, that’s the point where it was getting quite serious. It felt like I could only use half my lung capacity, and every breath I took wasn’t enough and I just couldn’t get enough air.”

Reed said it sounded like he was breathing through “a paper bag” and as if there was stuff in his lungs that wouldn’t shift.

But as a young man who wasn’t in a critical state and with the hospital facing an influx of people, Reed was sent home to rest. He is now looking forward to the lockdown slowly lifting and expects the quarantine to ease by the middle of next month.

Chinese authorities feel the tide is turning in their favor and some vital industries in Wuhan were told they can resume work on Wednesday, a day after President Xi Jinping visited there for the first time since the outbreak began.

“If they release a quarantine too early … we’ll be back to square one. It’s better to be overly cautious than not cautious enough,” said Reed.

“Everything’s changed, from how we go shopping to how we manage the house … Everybody’s taken the time to adjust and we all have adjusted. It’s a case of people doing the best with what they have,” he said.

He believes the Chinese government has dealt with the epidemic as well as it could, and because of the nature of Chinese society, it could take strict measures which people would adhere to.

As the outbreak accelerates outside China, Reed says: “Other governments definitely can learn from it. However, each individual country and individual government has different responsibilities and different things that they can do.”

“Also, people individually, they have to manage it themselves and take their own precautions. They can’t rely on the government too much.”