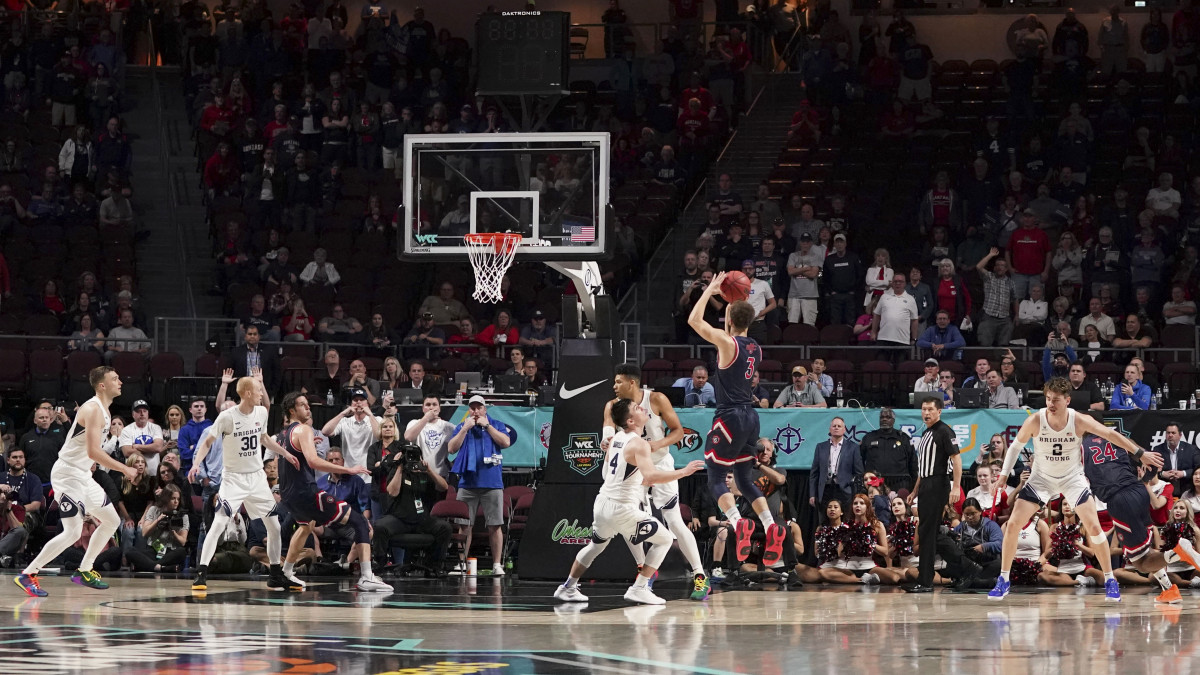 Saint Mary’s, which won the event last season, will face No. 2 Gonzaga in a rematch for the championship on Tuesday.

Ford scored 12 of his 18 points in the second half for the Gaels (25-7), looking to win their fifth WCC title.

Saint Mary’s clamped down on defense in the second half. BYU went 9:13 without a basket and missed seven shots in a row during one stretch. The Gaels went on a 12-1 run and led 46-45 with 5:38 remaining.

But the Gaels had a 4:14 scoring drought of their own, which allowed the Cougars to keep it within one. Despite missing 13 of their last 15 shots, BYU took a 48-46 lead with 3:31 left on a three-point play from guard Zac Seljaas.

It was the Cougars’ first field goal since 12:44 remained in regulation.

Despite shooting 8 for 28 in the first half with no free throw attempts, Saint Mary’s trailed only 26-20 at the break. The Gaels were outrebounded 17-15 in the period but had five offensive rebounds.

Both teams hit four 3-pointers, but Saint Mary’s shot 4 of 15 inside the line in the first 20 minutes. The Cougars shot 50% percent (11 of 22) from the floor, led by Childs with eight points.