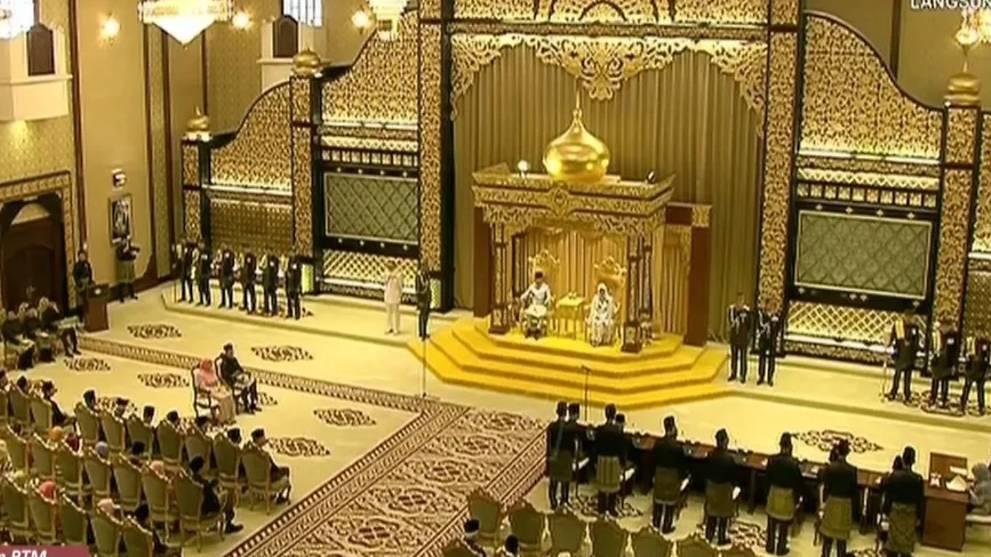 They claimed that positions were created so that there would be enough seats to be divided among political parties in the new coalition that brought down PH last month.

“There are 70 posts including the prime minister, comparing to 55 in the PH government in the past. This is a Cabinet where everyone gets his piece,” said Parti Amanah Negara’s (Amanah) Mr Khalid Abdul Samad in a statement on Monday (Mar 9).

The Shah Alam Member of Parliament (MP), who was the former Minister for Federal Territories, said the line-up with a large number of ministers and deputy ministers served to satisfy the needs of the parties in the new alliance.

“The size of the Cabinet is too big … This is not good for the country. I think they have to share the seats of the Cabinet among all parties that supported Tan Sri Muhyiddin Yassin.

“The first impression is it’s oversized,” the former Minister for Agriculture and Agro-based Industry told reporters on Monday.

The PH government was toppled when Mr Muhyiddin pulled Parti Pribumi Bersatu Malaysia out of the coalition and joined forces with Barisan Nasional – the coalition that was ousted from federal power in the last general election – Mr Azmin Ali-led fraction who quit Parti Keadilan Rakyat (PKR), Parti Islam Se-Malaysia and Gabungan Parti Sarawak.

Mr Muhyiddin was appointed Malaysia’s eighth prime minister by the king, who decided that he likely commands the majority of the MPs.

On Monday, he announced a Cabinet line-up with four senior ministers in lieu of a deputy prime minister.

The line-up immediately drew flak from his former PH colleagues who are mooting a vote of no confidence against him when the parliament reconvenes.

Mr Khalid said the new Cabinet is not guided by a clear purpose other than to bring down PH.

“There is no manifesto driving this Cabinet,” he said.

He also criticised the composition, which he said does not reflect the racial composition in Malaysia.

In a surprising move, Mr Muhyiddin has picked a technocrat instead of a politician for the coveted post of finance minister.

Tengku Zafrul Tengku Abdul Aziz, the CEO of CIMB Group, was sworn-in as a senator on Tuesday in order to assume the responsibilities of the portfolio.

READ: Malaysia’s new senators pledge to do their best, ask for more time to be acquainted with Cabinet portfolios

Mr Muhyiddin Yassin also did away with the economic affairs minister’s post created by his predecessor Dr Mahathir Mohamad just two years ago, and appointed a minister in the prime minister’s department to take care of economy.

By appointing Mr Tengku Zafrul to the position, Mr Muhyiddin can avoid meddling from other senior politicians in his Cabinet, he claimed.

“Muhyiddin now has also full control over development expenditure, especially when the government is due to present the 12th Malaysia Plan for 2021-2025,” he said in a Facebook post.

Mr Liew, the former deputy defence minister, said Mr Muhyiddin’s government is a loose coalition divided five ways, and so the prime minister has to control the finance and economic affairs portfolios, “a very powerful tool to help him hang onto power”.