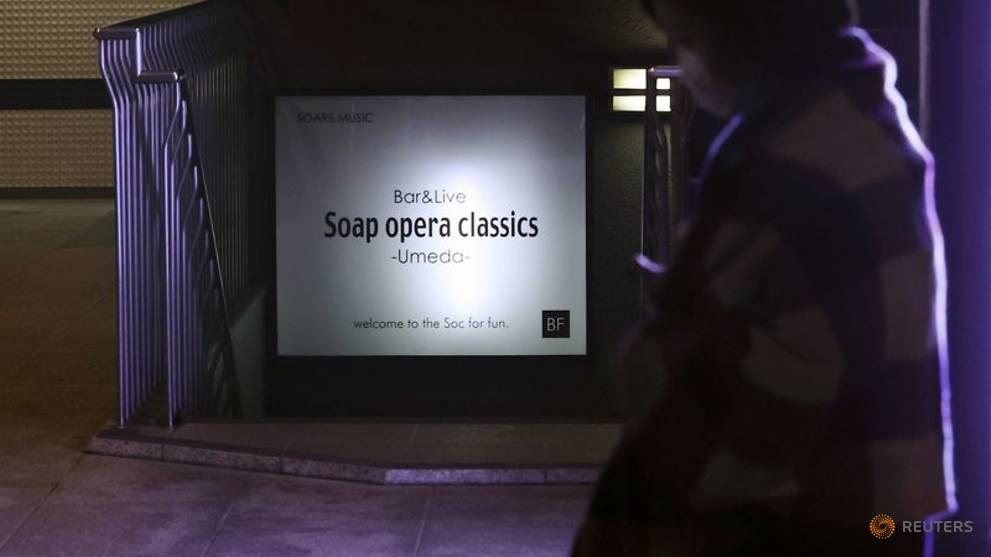 TOKYO: A handful of small music clubs in Japan’s western city of Osaka have emerged as a new transmission ground for the coronavirus, showing the difficulty of stemming the outbreak even as authorities have focused on stopping large gatherings.

Japan has closed schools, zoos and theme parks, and drastically scaled back public events since the outbreak. The annual spring sumo tournament is being held in Osaka without spectators, leaving public broadcaster NHK to televise bouts of wrestlers facing off in an eerily quiet stadium.

Despite those steps, and the government’s urging telecommuting, there are signs that smaller crowds – including those at restaurants and tiny “live houses” where fans stand cheek by jowl to hear live music – are spreading the virus.

Osaka reported its first coronavirus case on Feb 27. As of Tuesday, it had 73 cases, according to data from the local government and public broadcaster NHK. At least 49 of those were linked to four small music venues.

Many of the cases concentrated on three dates: Feb 15, 16, and 19 – but a possible cluster-type spread wasn’t identified until early March, Osaka’s daily announcements show. Many of those infected were in their 30s and 40s and showed minimal or no symptoms.

As of Monday, 34 cases were linked to one venue in particular – Soap opera classics Umeda – and another 18 to Live House Arc. About 100 people attended each performance at the clubs.

Another 19 people outside Osaka, from as far away as Hokkaido, the northernmost island, and Kumamoto, in the southernmost main island of Kyushu, have also been traced back to those two venues, authorities said.

Sushi chain operator Sushiro Global Holdings said on Tuesday it would temporarily close one of its branches in neighbouring Hyogo prefecture to disinfect it after an employee who had been to one of the music venues on Feb. 16 tested positive. The worker had displayed no symptoms, it said.

Infections have been found in people who had been to two other venues – LIVE HOUSE Rumio and americamura FANJ twice, said the local government.

All four clubs, located within a radius of around 3 kms (1.9 miles) of each other in the city centre, have since been disinfected under the direction of Osaka health authorities.

“The only way to prevent this disease from a very rapid transmission and high infection rate is to reduce person-to-person contact,” said Eyal Leshem, the director of the Center for Travel Medicine and Tropical Diseases at Sheba Medical Center in Israel, which has treated coronavirus patients evacuated from the Diamond Princess cruise liner.

“Communities that are experiencing what we call community transmission need to shift to the stage of outbreak response called mitigation,” Leshem said, adding that meant “social distancing” as a means to prevent person-to-person infection.

Already, there are signs that the virus is spreading beyond people who were in the clubs. A man in his 30s with no symptoms who had been to Arc on Feb 15 tested positive on Mar 8. Two of his family members have also tested positive

The Osaka prefectural government is asking anyone who had been to concerts on seven dates in mid- to late February at the four venues to get tested for the coronavirus, whether or not they have symptoms.

On its website, Live House Arc said it was cancelling all of its events for the remainder of the month.

“Can it be? The coronavirus has engulfed the underground live house scene!” said local guitar pop trio White Shadow in a blog post this month.

The band was on the bill at Live House Rumio on Feb 18. It said it would postpone all of its performances through mid-month.

Japan has more than 1,000 cases of the virus, including about 700 from the Diamond Princess cruise ship which was quarantined near Tokyo last month. Sixteen people have died, including seven from the liner. The virus has spread around the world, with more than 100,000 confirmed cases and 3,600 deaths.