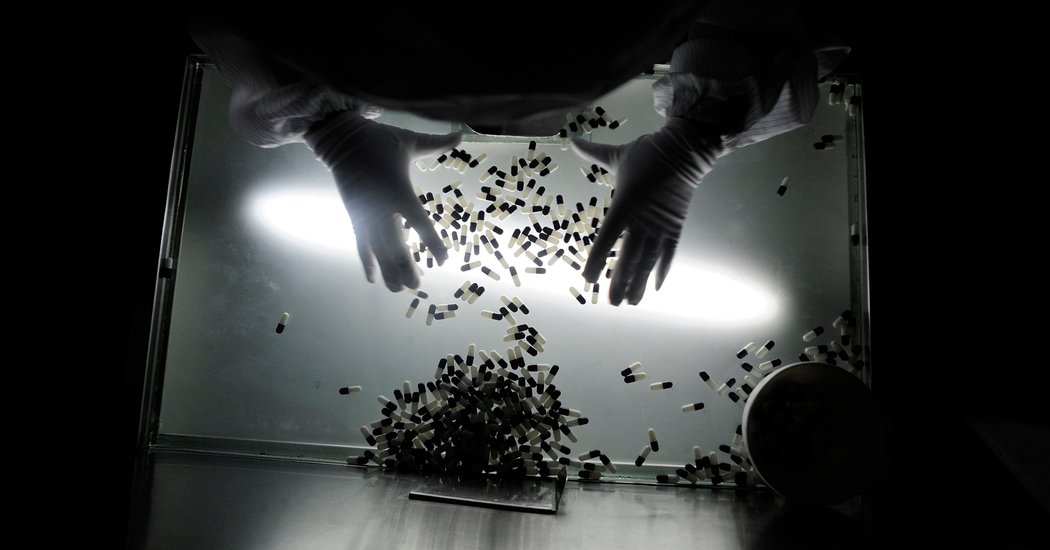 The Food and Drug Administration said on Tuesday that it would stop routine inspections of food, drugs and medical devices overseas through April, citing the worldwide spread of the coronavirus.

The agency had already pulled back its inspectors from China, which is the largest source of raw ingredients for many drugs, like aspirin, ibuprofen and penicillin.

But this global action means that F.D.A. inspections would also be discontinued in India, the world’s leading manufacturer of generic drugs. Last year, the agency said it conducted 3,103 inspections at overseas plants.

In addition to overseas inspections, the agency also screens samples of food, drugs, tobacco, veterinary products and cosmetics imported into the United States. In recent years, several types of drugs have had to be recalled because of contamination at the production level, many of which contained ingredients made in China. Those recalls prompted the F.D.A. to revamp some of its procedures.

The agency has also been monitoring the nation’s drug supply chain, identifying several drugs that could face shortages if the epidemic in China and elsewhere lasts for months. It has said that at least one drug is currently in short supply in the United States because of difficulties related to the coronavirus, but has not said which one. Hospitals have struggled for years with hundreds of shortages of essential medicines, many of them generic products made overseas.

“At a time when there are shortages of medicines — critical medicines — there’s a lot of untoward activity that can take place, like counterfeits and poor quality products,” said Rosemary Gibson, an expert on China’s drug supply who is a senior adviser at the Hastings Center, a nonpartisan bioethics research institute. “The bottom line is, who is going to be checking?”

Ms. Gibson said that while the agency does spot checks of imports, “the public needs assurance and transparency on what exact steps are being taken for every shipment of a prescription drug coming from China.”

Dinesh Thakur, a drug-safety advocate who exposed widespread quality problems as a former executive at the Indian drug maker Ranbaxy Laboratories, said Indian drug makers have been reporting that they still have about a six-month supply of active ingredients made in China. If they begin to run out, “Guess what’s going to happen?” he said. “You are going to have problems. They will happen in India. The question is, how do we enforce that?”

When the F.D.A. does cite pharmaceutical plants for problems, they frequently happen in India and China, according to a report by Barbara Unger, a consultant who tracks F.D.A. regulatory actions around the world. During the 2019 fiscal year, she found that the agency issued 16 warning letters to plants in India and 15 to facilities in China, accounting for a majority of the 43 warning letters issued that year to overseas drug manufacturing plants. It was not clear whether those warnings were issued after routine inspections — the type being halted because of the coronavirus outbreak — or after inspections for cause.

The F.D.A. has a staff of about 200 investigators who conduct overseas drug inspections, according to testimony before a House committee in December by Janet Woodcock, the director of the agency’s Center for Drug Evaluation and Research. Most of those inspectors are based in the United States and travel around the world to conduct anywhere from three to six inspections per year. Of those, about 12 are based in foreign offices overseas, including in China.

Lower labor, transportation and energy costs have led many drug companies to gradually move their production overseas, especially for products’ active ingredients. A 2011 report from the F.D.A. found that U.S. and European companies could reduce their costs by 30 to 40 percent.

Although there is no formal tracking of where active ingredients for drugs are made, experts have estimated that about 80 percent of such materials used in American drugs are made in India or China.

Since 2015 — reflecting this shift — the F.D.A. has conducted more foreign inspections than domestic ones. Although the agency continues to do routine inspections, its program is risk-based, meaning that it prioritizes inspection for facilities that are deemed higher-risk.

Thirty-two percent of vegetables, 55 percent of fruits and 94 percent of seafood consumed in the United States are now imported. Although there are nearly 109,000 foreign facilities that are registered with the F.D.A., the agency inspects only about 1,600 of them each year.

“The F.D.A. has always struggled to meet its foreign food inspection targets, and this is going to set them back even further,” said Sarah Sorscher, a deputy director of the Center for Science in the Public Interest.

In a statement announcing his decision, Dr. Stephen Hahn, the F.D.A.’s commissioner, said that most inspections would be postponed through at least April. He also said exceptions would be made for inspections that are deemed “mission critical,” generally facilities where evidence of violation of good manufacturing practices already exists.

He also said that the agency would adopt practices it had used in the past when inspections were impossible, including physical sampling and inspection of products at the U.S. border, and denying entry to companies with poor compliance histories and to new importers who might not be familiar with regulations.