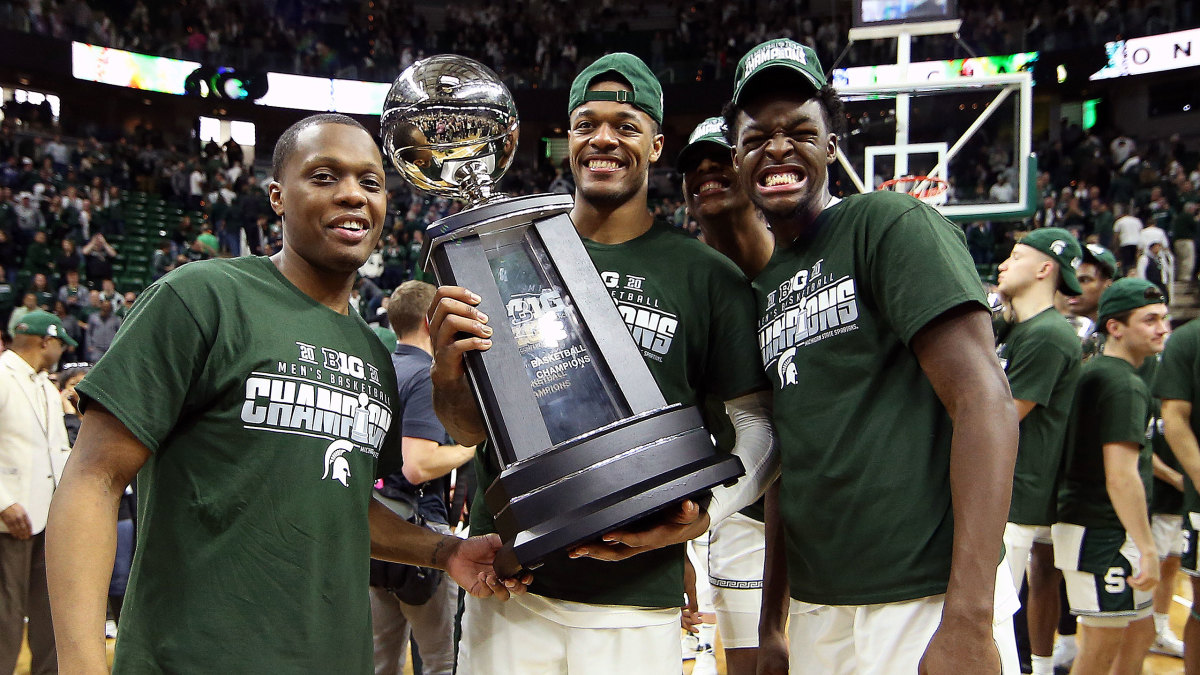 Selection Sunday is just days away, but first, we’ve got some conference tournaments to settle in 2020. For a full rundown of all 19 tourneys this week, which range A-Z from the American to the WAC, check out Pat Forde’s Forde Minutes breakdown. Below, our panel of college basketball writers predicted the winner of all eight major tournaments: the AAC, A-10, ACC, Big 12, Big East, Big Ten, Pac-12 and SEC. Only one tournament received unanimous votes from our five writers, and you can probably guess which one.

Without further ado, here’s SI’s picks for who will emerge from a wild and intriguing week of games before the Big Dance.

Jeremy Woo picks Houston: This is a tossup, but I like Houston’s depth and overall balance, plus the fact it has a creative late-game scorer in Caleb Mills, who’s been under the radar as a freshman. The Cougars lost one game by double-digits all year, and that was before Thanksgiving.

Molly Geary picks Dayton: Why pick against the Flyers now? Dayton rolled through the vast majority of its A-10 competition, going a perfect 18-0 in the conference. One of the only schools that gave it any trouble was Saint Louis, including a Flyers’ win in overtime in January. The Billikens potentially await again in the semifinals, but odds are Anthony Grant’s team will be cutting down the nets.

Jason Jordan picks Duke: Yes, Florida State clinched its first outright regular-season title in program history and, sure, Louisville and Virginia are locking up defensively like no other, but the Blue Devils are coming off one of their most complete games of the season, in an 89-76 win over archrival North Carolina. The Tar Heels were playing some of their best basketball of the season coming into the game, but Duke tactically dismantled the streaking Tar Heels on both ends of the floor. Duke has its stars—Tre Jones, Vernon Carey Jr. and Cassius Stanley—but there are four legitimate options on the roster that are capable of posting 10-15 points on any given night. Add in the Mike Krzyzewski factor and all signs point to Duke claiming its second-straight ACC tournament title.

Michael Shapiro picks Kansas: The Jayhawks are rolling with 11 straight victories, rounding into form at the right time before the NCAA tournament. Udoka Azubuike remains the nation’s most imposing interior force, and Bill Self is receiving quality guard play from Devon Dotson and emerging sophomore Ochai Agbaji. With a favorable bracket ahead, Kansas should snag its third Big 12 tournament title in the last five seasons.

Pat Forde picks Providence: Hot team has a senior point guard on a roll (Luwane Pipkins) and perhaps the best defense in the league.

Molly Geary picks Illinois: The obvious pick here is a Michigan State team that has been only getting better of late, but nothing about the Big Ten this year has been obvious. Going by KenPom ratings, the Spartans could have a difficult path to the final—a potential quarterfinal with KenPom No. 8 Ohio State and a potential semifinal with KenPom No. 11 Maryland. The other side of the bracket features multiple capable teams, including No. 1 seed Wisconsin, No. 5 seed Iowa and the No. 4 seed Illini. Honestly, this crown is up for grabs, and the hunch here is that Illinois, behind Ayo Dosunmu, gets hot for three days.

Pat Forde picks UCLA: They haven’t held an NCAA tournament without Mick Cronin since 2010, and they’re not going to start now. He’ll get the Bruins off the bubble and into the Dance.

Jeremy Woo picks Auburn: With Kentucky in minor flux and no truly elite teams in the field, I like Auburn’s experience to add value in this setting and lead to an ugly but effective few days in Nashville. The Tigers have plenty of warts, but they have arguably the best player in the conference (Isaac Okoro), a bunch of battle-tested seniors and a relatively unintimidating path to the final.