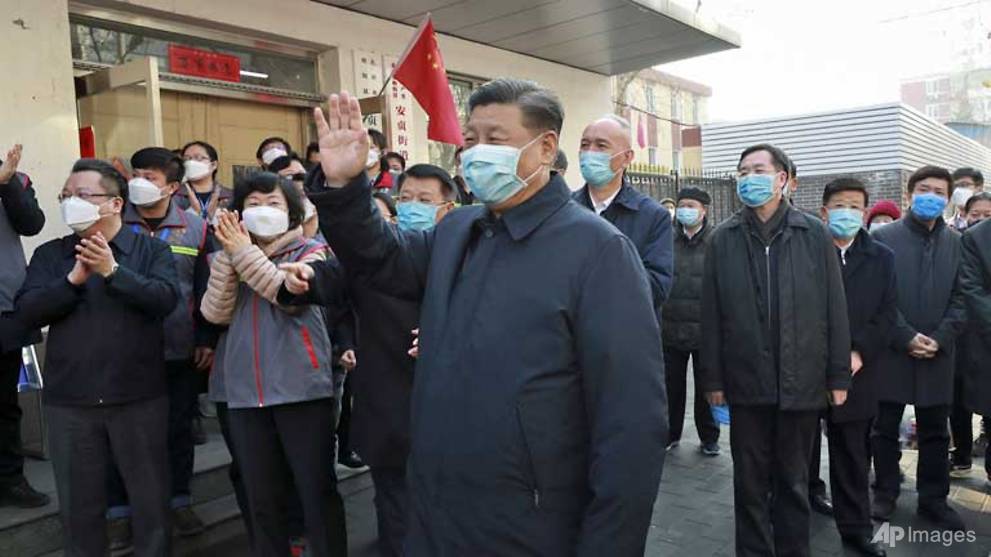 BEIJING: Chinese President Xi Jinping arrived in Wuhan on Tuesday (Mar 10) for his first visit to the epicentre of the country’s coronavirus epidemic since the crisis erupted in January.

Xi’s unannounced visit comes as unprecedented quarantine measures that have sealed off Wuhan and the rest of central Hubei province since late January appear to have paid off, with new infections dropping dramatically in recent weeks.

The Communist Party leader arrived by plane in Hubei’s capital for an “inspection of the epidemic prevention and control work” in the region, according to the official Xinhua news agency.

State media showed Xi, wearing a mask, speaking via video-link to frontline medical workers and patients at one of the field hospitals set up in the city.

The virus is believed to have emerged in December at a market that sold wild animals in Wuhan before ballooning into a national and then a global epidemic.

More than 4,000 people have died and over 110,000 have been infected worldwide, with the majority in China, though daily infections are now growing at a much faster pace abroad.

China reported only 19 new cases on Tuesday, the lowest figure since it started to compile the data on January 21.

Seventeen cases were in Wuhan while the other two were imported from abroad.

The country had been tallying thousands of cases every week in January and most of February.