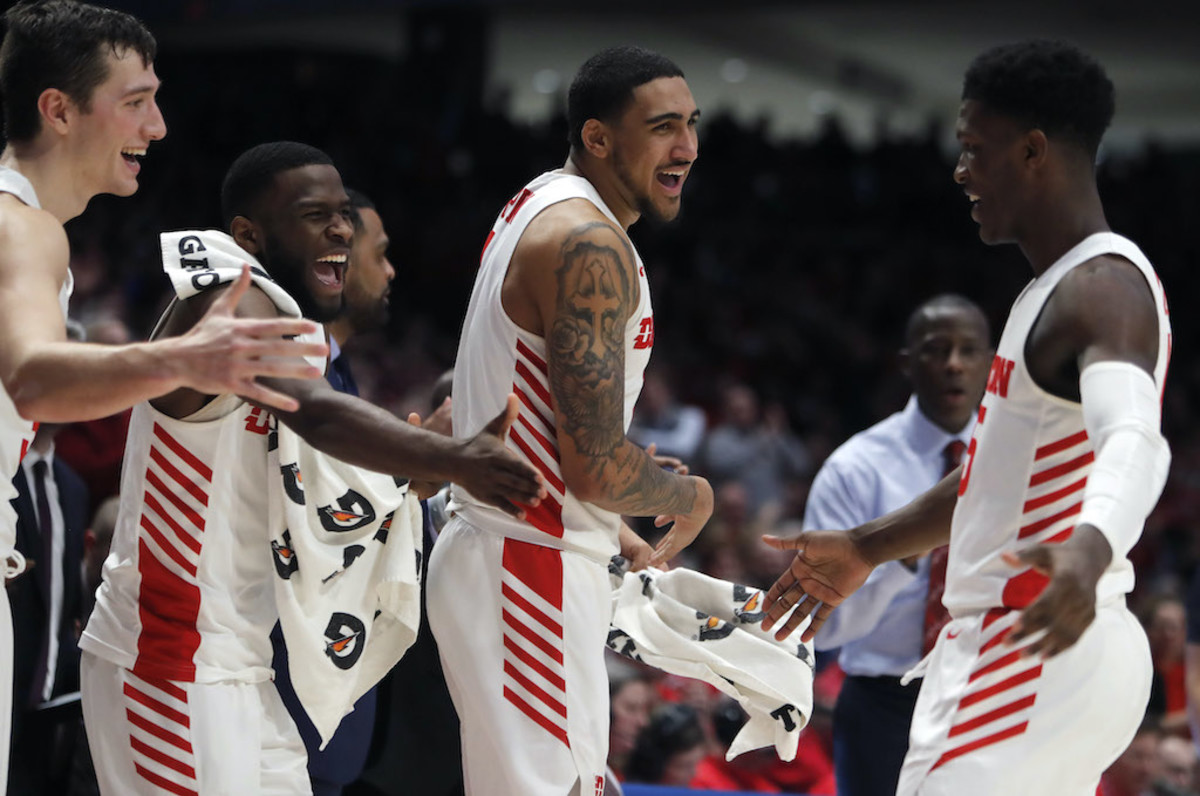 The Dayton Flyers dominated the Atlantic 10 in the regular season and the oddsmakers over at the Westgate SuperBook Las Vegas have made them strong prohibitive favorites to now roll through the conference tournament. The Flyers, who went 18-0 SU in conference, are now the No. 3 team in the country with a 29-2 overall record.

Dayton is on a 20-game winning streak behind arguably the best player in the nation in forward Obi Tobbin (20.0 PPG, 7.5 REB). Tobbin is a highlight reel waiting to happen and with so much attention drawn down low, it has opened things up for guard Jalen Crutcher (15.1 PPG) to step up and knock down open looks on the outside.

No. 2 seed Richmond, who is the second choice in the betting at odds of 7/1, enters on a four-game winning streak, winning nine of its last 10 games. The Rhode Island Rams, who grabbed the No. 3 seed, are trending in the wrong direction after dropping four of it’s last seven games. A true sleeper could very well be the St. Louis Billikens, who possess one of the strongest backcourts in the conference in Jordan Goodwin (15.5 PPG) and Javonte Perkins (15.0 PPG).

The Atlantic 10 regular season champion over the past 14 years have burned bettors, winning just twice over that span. However, the wiseguys out in Vegas are not willing to step out in front of the Dayton train.

Although Rhode Island (10/1), St. Louis Billikens (10/1) and Duquesne (30/1) offer intriguing value, Toppin is just too good to fade. Although this conference tends to shock and surprise bettors with a team from left field, the sharps just do not see it this year. In all honesty, the one-two combo of Toppin and Crutcher rivals what see with top-ranked Kansas and their dynamic duo of Devon Dotson and Uboka Azubuike.

According to KenPom rankings, Dayton would be no less than 13.5-point favorites over their three biggest threats in St. Louis, Rhode Island and Duquesne on a neutral court. If that’s the case, don’t be afraid to lay the discounted juice now, as opposed to what moneyline bettors will likely face on Sunday morning on a double-digit favorite in the championship game. The Flyers, who opened at -150, have seen such strong steam that the odds have now grown to -225.

The information straight from Frankie Taddeo, Sports Illustrated’s Gambling Vegas Insider, is currently on an amazing 38-13-1 ATS (75%) run on all released plays. The sharp information out in Vegas supplied only to Sports Illustrated was on point going a perfect 7-0 ATS in the NFL Playoffs, culminating with a winning selection of Kansas City in Super Bowl LIV. Since November, the sharps have absolutely crushed the sportsbooks. Be sure to follow here at SI Gambling for the best, proven wiseguy action throughout March Madness!