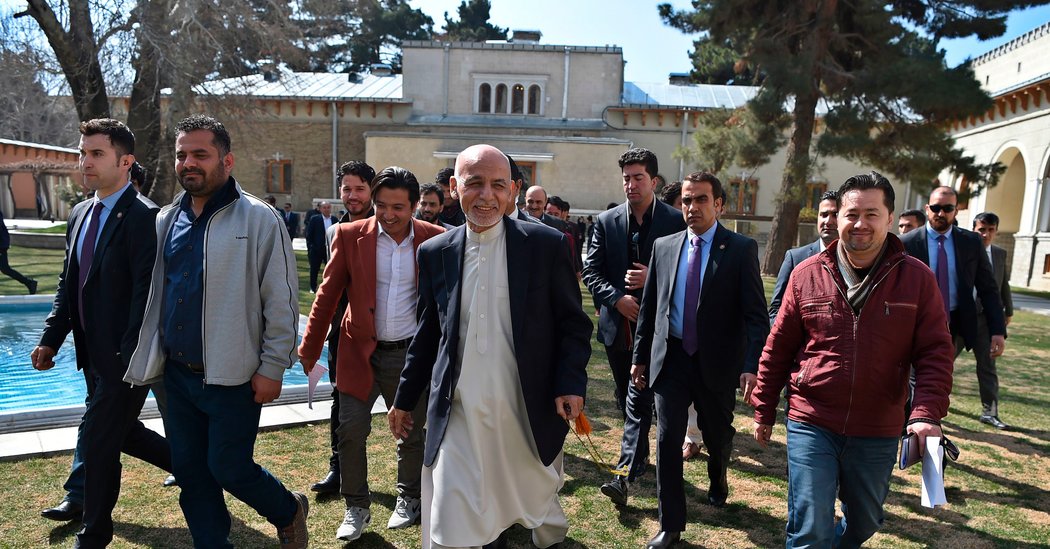 American officials, including Mr. Pompeo, have emphasized that the withdrawal of American troops is conditions-based, but lawmakers who have seen the classified annexes of the agreement say the Taliban have given only vague assurances that they will comply with the United States’ demands.

The agreement has also required round-the-clock diplomacy to keep its pieces together and moving forward. Mr. Khalilzad, the envoy leading the effort, has remained on the road for the past four months and hasn’t returned home to Washington since Thanksgiving. The political crisis in Kabul, where essentially two governments have declared themselves in power, makes the next steps that much more difficult.

In addition to releasing the prisoners, Mr. Ghani has promised to assemble an inclusive negotiating team to sit across the table from the Taliban. Months of work on the team had not resulted in a consensus among all the different factions. Now that the election has split open the political elite, it’s uncertain whether Mr. Abdullah’s faction will cooperate on negotiations led by Mr. Ghani, or boycott them and announce its own effort.

Former President Hamid Karzai, who was part of the efforts to resolve the political feud between Mr. Ghani and Mr. Abdullah, lashed out at the United States in a harsh statement on Tuesday. He said the United States had been “dishonest and untransparent” in how it had dealt with the election.

“If the U.S. had really wanted to resolve the crisis, it could have taken constructive and timely action before the inauguration to prevent the divisions and political instability born of it,” Mr. Karzai said. “The current concerning situation in the country is because of the degrading and divisive policy and action of the United States.”

Still, the American agreement with the Taliban received a unanimous endorsement on Tuesday from the United Nations Security Council — a rare instance of agreement by the 15-member body. The resolution, sponsored by the United States, welcomed “the significant steps towards ending the war and opening the door” to negotiations among the Afghans themselves.

In a statement read at the Council, an American envoy, Cherith Norman Chalet, expressed appreciation of Mr. Ghani’s decision to agree to the prisoner exchange, which she called “a significant measure that brings Afghans one step closer to intra-Afghan negotiations.”