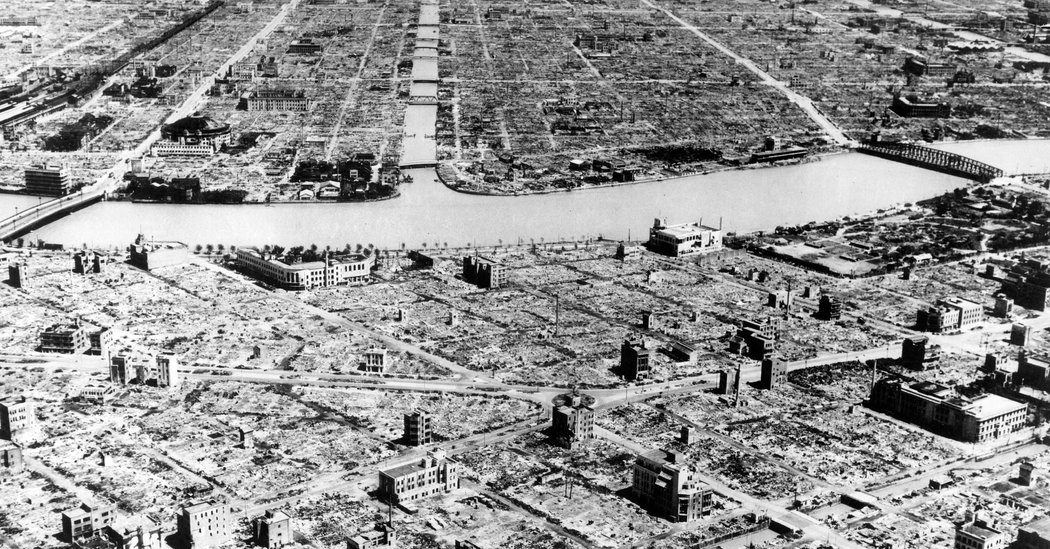 I was a navigator. At the time, you just didn’t think about those things. We had a job to do and we did it. We were burning houses, but we didn’t think about the people. I didn’t reflect on the war until much later. You start to think about how awful the war was. Afterward, I decided to go to medical school and do something positive for a change.

Our group, the 497th, was the last one to go in. It started out like a regular mission. We had changed from fragmentary bombs to the incendiaries at Maj. Gen. Curtis LeMay’s request — or demand. He brought us down from high-altitude bombing with fragmentary bombs to low-level with incendiaries. We wiped out that whole area on that one night. It was terrifying, really.

You could smell, I’m sorry to say, burning flesh in the airplane. And we were really tossed around from the updrafts. We safely went on with the mission and went on with lesser-known missions. But by then, the Japanese fighter response was practically nil. And we knew that the war was going to be over pretty doggone soon. I was home in October of that year in my own little bed, and I had not even achieved my 20th birthday.

I was a gunner, looking out the right blister window, right behind the wing. All I wanted to do was go home. The Japanese laid out their cities like a big checkerboard, and so we had pathfinder crews that went in first and then the other bombers came in after. Since we were behind other planes, we ran into smoke clouds that could send you up 20,000 feet with the snap of a finger. There were at least two B-29s I knew of that collided and went down in a smoke cloud.

My job was to stand by the open bomb-bay doors and throw chaff out — these long strips of aluminum foil to confuse Japanese radar. Can you imagine standing in front of an open bomb-bay door and smelling a city burn up? It was terrifying. At low altitude like that, I didn’t wear an oxygen mask. All I can say is that the smell was nauseating. I’ve never smelled anything like it since, and I don’t want to.