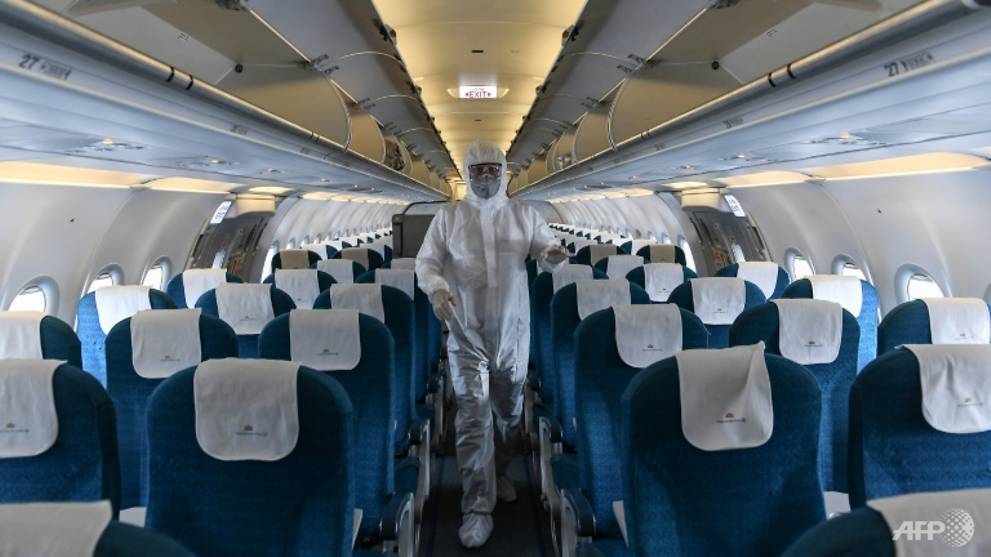 HANOI: Vietnamese authorities vowed Monday (Mar 9) to punish anyone concealing sickness after 13 people caught the deadly new coronavirus on a flight to Hanoi, sparking lockdowns and panic-buying in the capital.

The Southeast Asian country had previously reported only 16 cases of the virus despite bordering China – the epicentre of the global outbreak – but a cluster of infections was discovered at the weekend among 201 passengers on a Vietnam Airlines flight from Britain.

The group were in quarantine Monday and recovering, Vietnam’s health ministry said, with the hospital they were held in placed on lockdown along with several houses and hotels in Hanoi where they had stayed.

Vietnam Prime Minister Nguyen Xuan Phuc vowed Monday to “duly punish” those who fail to disclose a coronavirus diagnosis, according to state media.

He told a meeting of officials in Hanoi that “we need strong, adequate and immediate measures to effectively stop the source of infection”.

Authorities have launched an online tool asking all citizens to declare their health status.

“Declaring false information … may be subject to criminal handling,” stated an official notice.

A 29-year-old woman on the flight from London was found to be suffering from the disease after returning to Hanoi from a tour of France, Italy and Britain.

She is believed to have infected her aunt and driver, forcing authorities to isolate several houses near her home and a private hospital where she first sought treatment.

The other patients included Vietnamese, British, Irish and Mexican nationals.

A minister on the same flight tested negative for the virus but was also quarantined for 14 days with the group.

The health ministry said there may be “more cases to be discovered as a result of close contact” with the first patient.

People in the capital were seen panic-buying staple items as the lockdown of the hospital began.

The infections bring the country’s total to 30, including a man who returned from South Korea, but more than 18,600 people have been monitored for illness or placed in isolation since early February. No-one has died from the virus.

Vietnam has granted limited access to visitors from China and South Korea – another major coronavirus hotspot – since the outbreak began at the start of the year, imposing a 14-day quarantine at government-controlled centres.

Several sports and cultural events have been cancelled across the nation, but Vietnam’s inaugural Formula One race is still set to go ahead on Apr 5 in Hanoi.