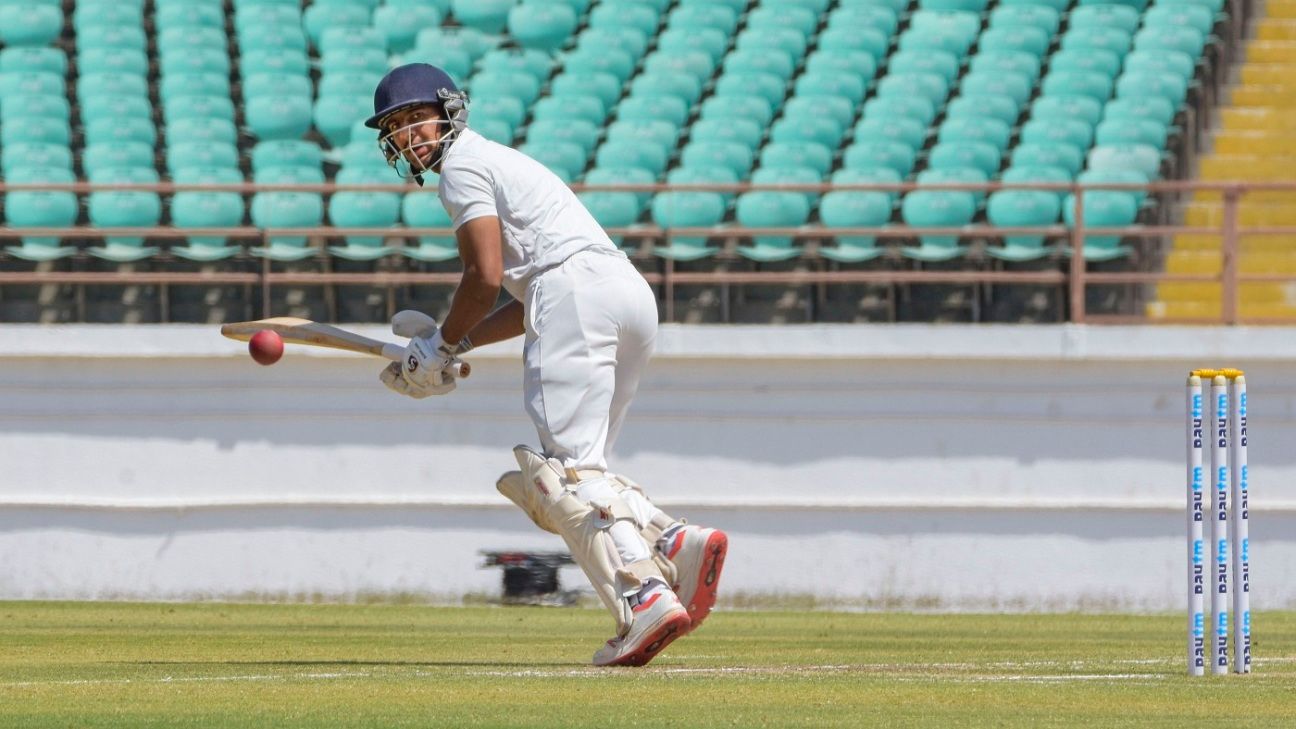 In their first Ranji Trophy final in 14 years, Bengal faced the very real possibility of seeing the match run away from them on the first day itself. They had lost the toss on a on a visibly dry surface that threatened to negate their three-pronged pace attack – one that had ensured no team has crossed 250 against them this season. Saurashtra were batting in their own conditions, and they had India’s No.3 padded up in the pavilion.

There was hardly any nip with the new ball and Wriddhiman Saha kept collecting deliveries below his knees. The signs were evident that the pitch would get increasingly up-and-down as the game wore on. In all of the first session, maybe five or six deliveries deviated off the deck. It was not a surface that pleased Bengal coach Arun Lal, and he minced no words in asking the BCCI to look into a pitch he said could be a “disgrace”.

“Very poor wicket,” Lal said after the day’s play. “The board has to look at things like this. The ball is not coming up. The surface is dusting on the first day. You’ve got neutral curators, why not send them 15 days before? Imagine, a fast bowler is running in with one slip in the first session of a final, with the knowledge that it won’t carry. It could be a disgrace if the ball starts rolling through on the third day, there’s a good chance of it happening as well. This isn’t the wicket you prepare for a final, involving two sides that have fought hard to finish at the top.”

Vishvaraj Jadeja, who hit one of two half-centuries scored on the day, agreed that the pitch was not the typical one found at the SCA Stadium, but felt the home team’s total of 206 for 5 at stumps (Cheteshwar Pujara having retired hurt because of a throat infection and a fever) was reasonable.

“This isn’t your typical Khanderi pitch,” Vishvaraj said. “I can’t say we’re safe, but it’s not easy to score. There is low bounce, the ball is holding onto the deck. It’s not easy to score against both pace and spin. I won’t say I am surprised, but this is a tough pitch. My dismissal, the ball cut back in suddenly when the same delivery earlier did nothing. We lost one wicket too many. If we get 100-150, we will be in an excellent position.”

“The board has to look at things like this. The ball is not coming up. The surface is dusting on the first day. You’ve got neutral curators, why not send them 15 days before? This isn’t the wicket you prepare for a final, involving two sides that have fought hard to finish at the top.”

That Saurashtra didn’t manage a more commanding position was down to Bengal’s doggedness and patience. Shahbaz Ahmed, Bengal’s only frontline spinner, was introduced in the eighth over. There was hardly any turn. Yet, Bengal kept repeating their boring methods, over and over again. Not allowing a flurry of boundaries, stringing together tight overs in the hope of wickets. Once it was clear merely accuracy wasn’t enough, Ahmed went to an over-the-wicket line to the right-handers, looking to pitch the ball outside leg. While this may have seemed like a negative tactic, Bengal knew what they were doing. Ahmed’s first seven overs went for just 10.

“On the face of it, you can call it negative or whatever, but it was a plan, a proper strategy that comes with the knowledge of having seen such wickets,” Lal said. “He was incredible, to do a containing job when absolutely nothing was happening was a superb effort from him.” That control allowed Bengal to not let the match slip away as Saurashtra’s Day 1 run-rate was just 2.54. Lal said, half in jest, that if he had a magic wand he’d not want to see Saurashtra add to their overnight 206, but “anything under 300 will be a job well done, even if it will still be a big challenge from there.”

On a tricky pitch, with Pujara still potentially capable of coming out to resume his innings, the Bengal bowlers’ performance has kept them in the hunt.