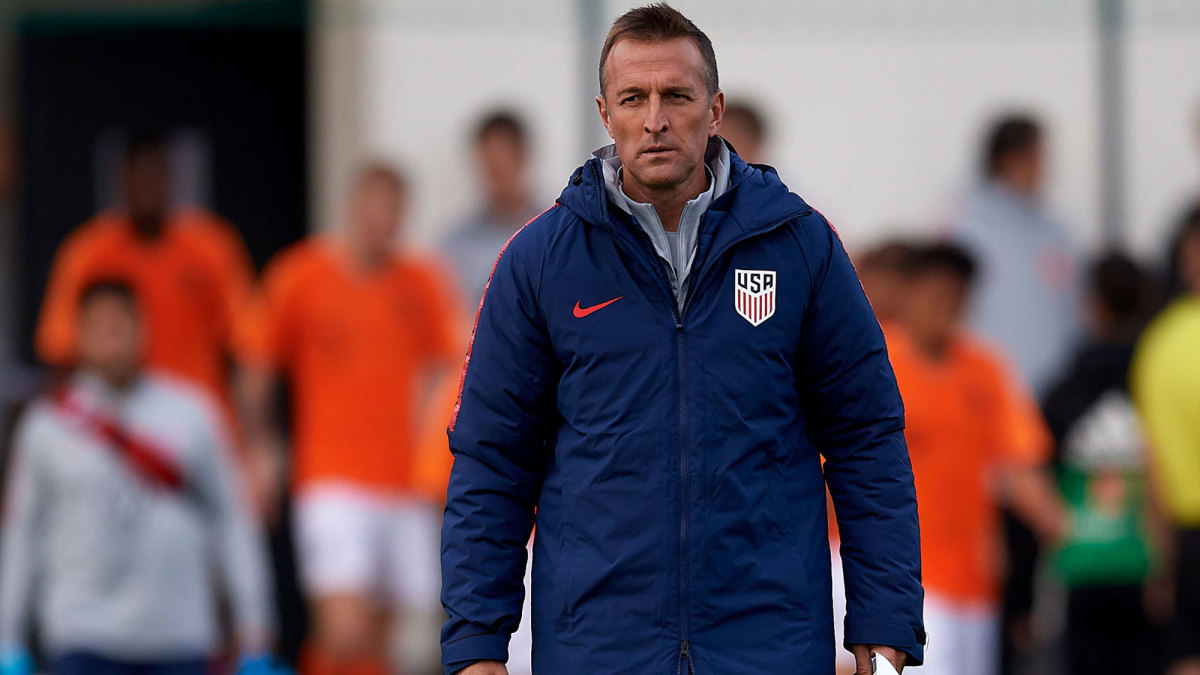 It’s been 12 years since the U.S. men’s national team had representation at the Olympic Games, and manager Jason Kreis has picked the squad he hopes can get the U-23s to Tokyo this summer and put an end to that drought.

The U.S. U-23 Olympic qualifying team was unveiled late Sunday night, with 20 players selected for Concacaf’s tournament in Mexico that spans from March 20 to April 1. The region will send two nations to Japan, with those being the winners of the semifinal matches.

In order to get there, the U.S. must get out of one of two four-team groups as a top-two finisher. The Americans open against Costa Rica on March 20, then play the Dominican Republic on March 23 before closing group play against host Mexico on March 26. If the U.S. gets through, then a semifinal match against either Honduras, Canada, El Salvador or Haiti will determine its Olympic fate.

In constructing his roster, Kreis had to consider players who would not be released by their clubs. The U.S. has a bevy of Olympic-eligible talent (Christian Pulisic, Tyler Adams, Weston McKennie and Josh Sargent among them), but clubs aren’t required to let players go for youth competitions. Dortmund, for instance, would not release 17-year-old rising star Gio Reyna (which is why he’ll be with the senior national team later this month instead), and Atlanta United also reportedly has a blanket policy that prevents players from being released outside of FIFA window obligations, meaning the likes of Miles Robinson and Brooks Lennon were off limits. That makes the roster-construction process significantly more complicated, though not all clubs denied access.

PSV Eindhoven, for one, gave the green light for Kreis to tab fullback Chris Gloster and midfielder Richie Ledezma, while Wolfsburg allowed for forward Ulysses Llanez to take part after giving him clearance to participate in USMNT January camp, too.

“With a lot of games in a short amount of time, we will need the contributions of all 20 players on this roster to achieve our ultimate goal of qualifying for the 2020 Summer Olympics in Tokyo,” Kreis, who will be assisted in the tournament by Josh Wolff, Jeff Cassar, Steve Ralston, Aron Hyde and Rob Vartughian (the latter two will split time as goalkeepers coach), said in a statement. “This is our sixth time together with this U-23 group, so I think we have a real firm understanding of how we want to play and who we want to be.”

Here’s a closer look at the squad:

This was always likely to be the trio selected, with Inter Miami backup Drake Callender and Koln’s Brady Scott (a U.S. U-20 World Cup goalkeeper) the other options on the provisional roster. Marcinkowski is the favorite to start.

FC Dallas, RSL and the Philadelphia Union have long been stocked with U-23-eligible homegrown talent, so it’s no surprise to see that well represented on this roster, with each supplying three players and clearly taking no issue with the fact they weren’t obligated to do so.

Cannon’s ascent as a right back with the senior national team puts the 21-year-old in the spotlight with this group. He’s one of 10 players on this squad with senior international experience. On the other side is Gloster, with the versatile Herrera likely to back up both while Glad, McKenzie and Palmer-Brown man the middle. Bayern Munich center back Chris Richards most likely was not released for the competition, given he’s at the head of the class for this age range.

Reading between the lines, it’s safe to assume Alex Mendez was not released by Ajax. This remains a capable and balanced unit without him, though, with Ledezma figuring to be a centerpiece. Depth in the wide positions may be an area of concern, but there are string-pullers and players capable of the spectacular moment among this bunch.

Llanez impressed with the senior team in January camp and will have a considerable role to play here, while Saucedo won’t have to travel far after beginning life at Pumas following time coming through RSL’s system. Ferreira, who recently became U.S. eligible, will also garner plenty of attention, while Lewis has shown his penchant for making things happen from the flanks for both the senior team and the Rapids in spurts.