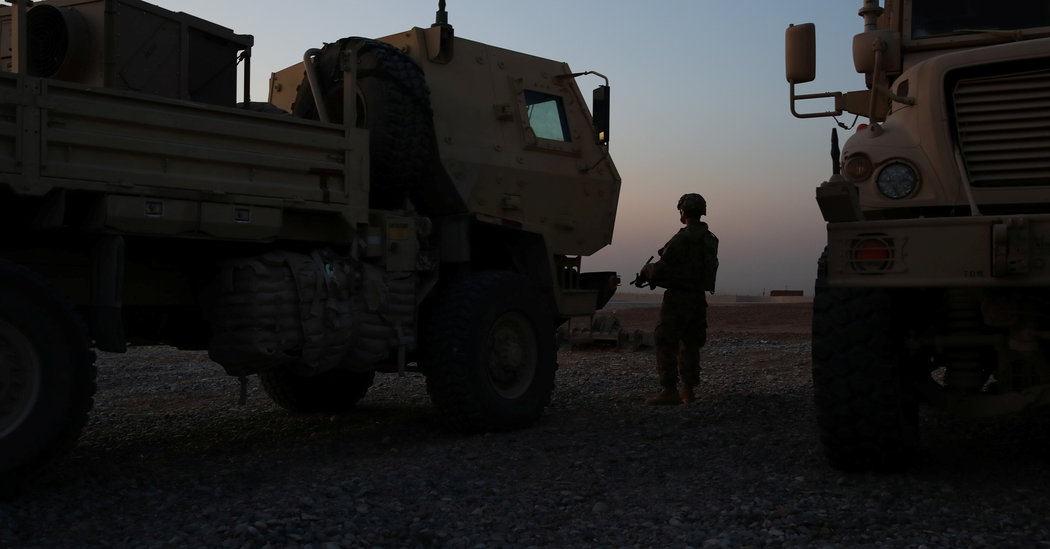 WASHINGTON — Two U.S. military personnel were killed in northern Iraq on Sunday during an operation against Islamic State fighters there, military officials said Monday, marking the first combat deaths of 2020 in the nearly six-year long American campaign against the terrorist group.

The Americans killed were part of a Marine Special Operations team, according to two military officials, and were clearing a large, well-defended cave complex alongside Iraqi counterterrorism forces in mountains near Makhmur, roughly 40 miles south of Erbil.

In a statement, Col. Myles B. Caggins III, a spokesman for the American-led mission in Iraq and Syria, said that U.S. troops had to deploy additional forces to recover the dead in an effort that took roughly six hours.

“The forces trekked through mountainous terrain and eliminated four hostile ISIS fighters who were barricaded in the caves,” Colonel Caggins said, using an acronym for the Islamic State.

Initially, the American-led mission in Iraq and Syria released scant details about the incident in a news release Monday, pending the notification of family of those killed in the mission.

The deaths come as the Islamic State has spent the past months reconstituting its ranks in porous and ungoverned areas in Iraq and Syria, leaving local forces in both countries working to keep the terror group away from urban areas.

In January, following a U.S. airstrike that killed a top Iranian military officer, Maj. Gen. Qassim Suleimani, the American-led mission in Iraq suspended its counter-Islamic State mission in the country for ten days, hunkering down in fear of Iranian retaliatory strikes.

Following the death of General Suleimani, the Iraqi parliament called for the expulsion of all American forces from the country, roughly 5,200 troops, after the government accused the United States of violating Iraqi sovereignty with the strike on the Iranian officer in Baghdad.

The last American killed in combat in Iraq was in August 2019, when Marine Gunnery Sgt. Scott A. Koppenhafer died on a joint Iraqi-U. S. operation in Nineveh Province against the Islamic State. The Pentagon is currently weighing options to draw down forces in Iraq to around 2,500.

At its height, the Islamic State’s self-declared caliphate was once the size of Britain and controlled the lives of up to 12 million people.