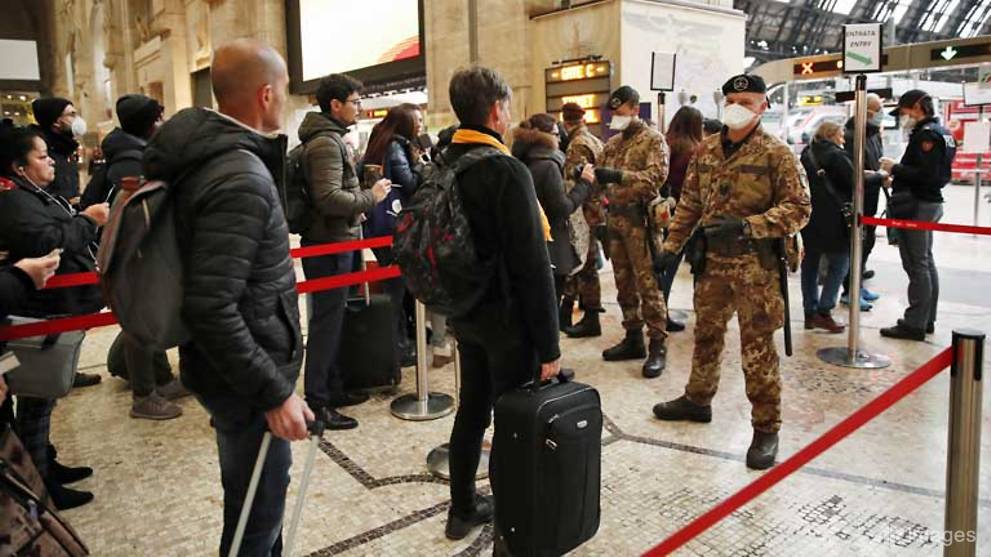 GENEVA: The World Health Organization warned on Monday (Mar 9) there was now a “very real” threat that the new coronavirus outbreak will become a pandemic, but stressed the virus could still be controlled.

After global COVID-19 infections passed the 100,000-mark, WHO chief Tedros Adhanom Ghebreyesus told reporters that “the threat of a pandemic has become very real.”

But he stressed, “even if we call it a pandemic, still we can contain it and control it.

“It would be the first pandemic in history that can be controlled,” he said. “We are not at the mercy of the virus.”

He pointed out that the situation varied widely in the 100-odd countries that have so far registered cases, with 93 per cent of all cases being located in just four states.

“Whether it is pandemic or not, the rule of the game is the same: never give up,” he said.

He said 79 countries had registered fewer than 100 cases, and more than half of those had seen fewer than 10 infections.

At the same time, in China, where more than 80,000 cases have been recorded since the outbreak began there in December, the country appears to be “bringing the epidemic under control,” Tedros said.

“More than 70 per cent have recovered and have been discharged,” he pointed out.

Since the novel coronavirus first emerged, 110,564 cases have been recorded across 100 countries, killing 3,862 people, according to an AFP toll based on official sources.

Michael Ryan, who heads the WHO’s emergencies programme, pointed out that unlike the flu, which spreads far easier, it is possible to slow down the spread of COVID-19.

He voiced hope that drastic measures taken by Italy could help rein in the virus, and would give less-affected countries more time to prepare for a wider spread.

But he acknowledged that “the disease has not run its course”.

“Right now I think we are still very much in the beginning or middle … of this fight,” he said, warning against complacency towards the virus.

The WHO last week estimated it kills 3.4 per cent of all those infected.

For infected people aged over 80, the fatality rate appears to be higher than 20 per cent, according to a report from an international expert mission to China last month.

As for the word pandemic, “I am not worried about the word, I am more worried about what the world’s reaction to the word will be,” he told reporters.

Tedros also slammed those who might suggest simply letting the virus run its course, pointing out that for the elderly and weak especially “it is very fatal.”

“If anything is going to hurt the world it is a moral decay, and not taking the deaths of the elderly or senior citizens” seriously, he said.

“Pandemic doesn’t mean that we say it is fine to live with it … we can contain it,” he said.

The WHO defines a pandemic as a situation in which “the whole world’s population would likely be exposed to this infection and potentially a proportion of them fall sick,” Ryan has said.

“Pandemic” is not an official WHO term, and it does not trigger any specific actions. WHO has already put out its highest level of alert – saying the world is at “high risk”.