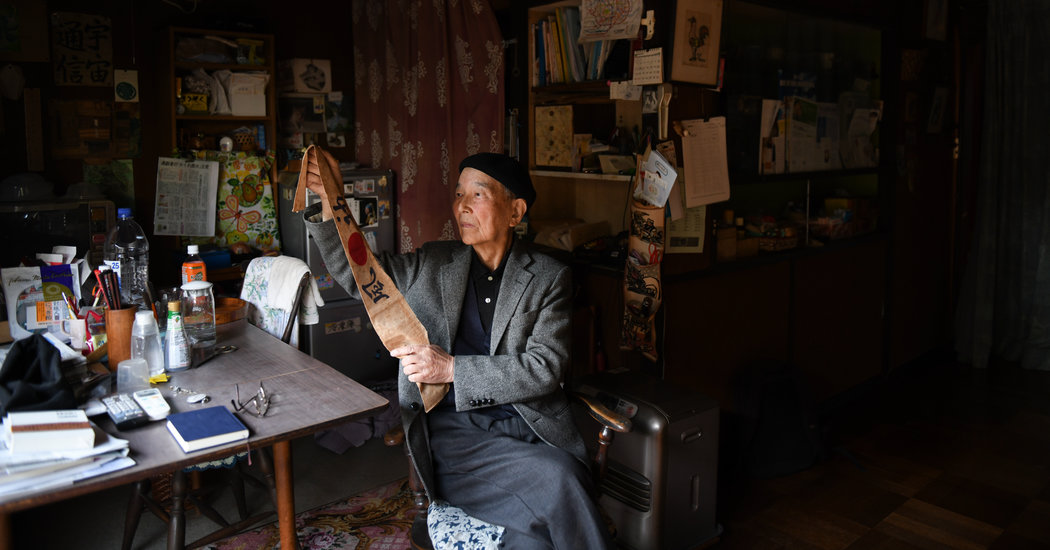 The family quickly collected some household items — futon mattresses, kitchen utensils — and loaded them onto a handcart, thinking they might not be able to return to their home for some time. As they began pushing through the streets, they saw how difficult it would be to navigate. Flames were everywhere. Mattresses set on fire rolled down the alleyways. Mothers carried babies on their backs and clung to their older children’s hands, but the blasts from the bombs blew some children away as strong northerly winds fueled the conflagration.

Saotome and his family followed a railroad line toward the Sumida River, stopping at fire buckets placed on street corners to pour water over themselves. By dawn, they could make out the river. Their eyes were crusted with ashes, the tips of the cotton gloves they wore on their hands burned off. Charred bodies were piled on the river banks and in the river.

Many people probably died trying to put out the fires, Saotome said, as the law at the time prohibited civilians from evacuating and required them to fight the flames. In the early morning light, his father dispatched Saotome to check on the family home. He found the route by identifying the factory where he worked and following the streets back from there. The house was still standing, if badly charred. The family returned home, making do among the burned remains.

“For a child who did not know the true meaning of death or fear, March 10 was my first experience of that,” Saotome said. “I have nothing to describe the memory of that night. It is difficult to talk about it, even now.”

It was 25 years later when Saotome, then a novelist, attended a lecture by a well-known history professor. At the end of his talk, Saotome raised his hand. Why, he asked, were there so many references to the Hiroshima and Nagasaki bombings in school textbooks, but nothing about the Tokyo air raid? The professor acknowledged the deficit, but said he had trouble finding any documentation about the event. Saotome decided then that he would take on the task of finding survivors and asking them to share their stories of that terrible night. He recruited 16 other survivors to lobby the governor of Tokyo for help with their effort to record eyewitness accounts and excavate any archival materials. In 1971, he published the accounts of seven survivors, plus his own, modeling his writing after John Hersey’s famous account in The New Yorker of the immediate aftermath of the bombing of Hiroshima. Saotome’s book has sold about 550,000 copies. He went on to publish five more volumes of survivors’ accounts, although only the original book is still in print. After years of futile lobbying for public funding, he sought private donations to open the museum that commemorates the air raid.