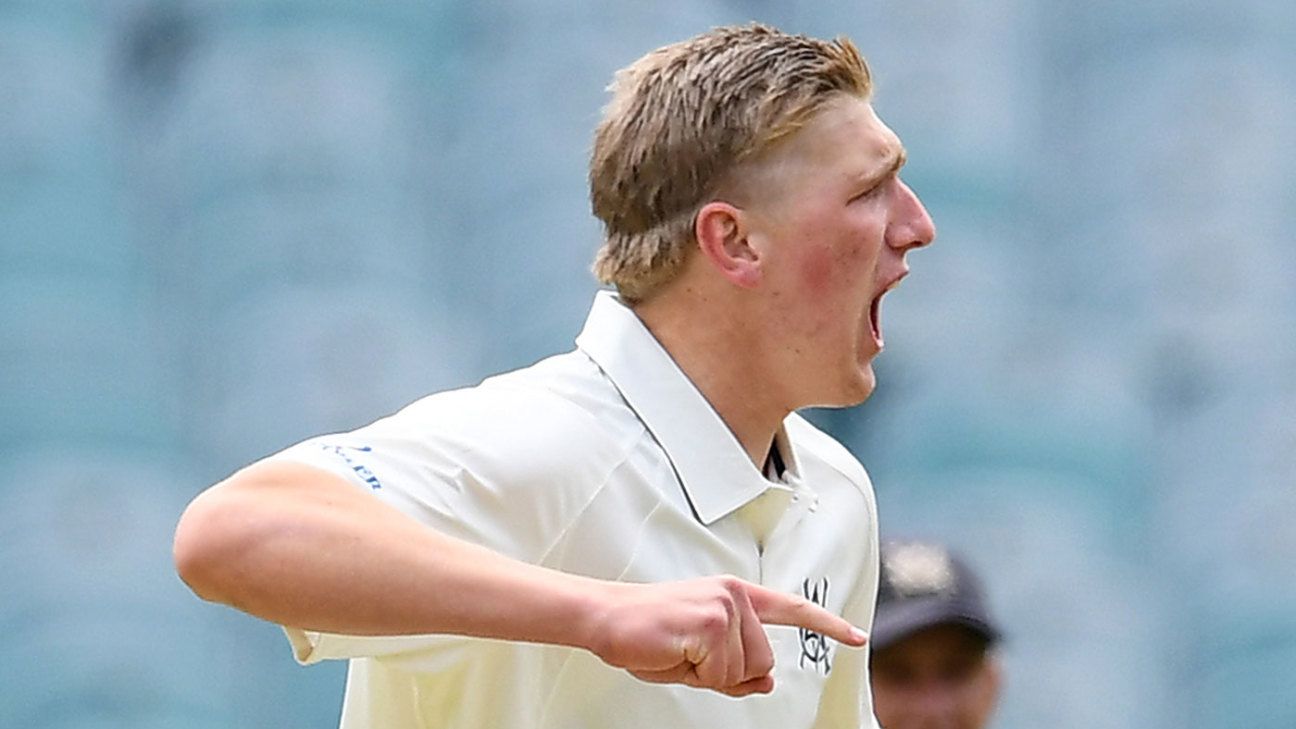 Will Sutherland took a career-best 6 for 67 to help Victoria skittle South Australia and continue their remarkable run towards the Sheffield Shield final.

Victoria needed just 41.4 overs to take the final six wickets on the fourth day to bowl South Australia out for 216 for a 182-run win. Sutherland took three wickets on the final day to complete his best bowling in Shield cricket after taking his maiden five-wicket haul in the previous match against Queensland.

Travis Head provided some resistance making a half-century after he lost night watchman Joe Mennie. But Scott Boland found a path through a gaping gate from around the wicket knocking back Head’s off stump. Boland also pinned Jake Lehmann lbw later in his spell.

Harry Nielsen and Chadd Sayers put together a 49-run stand to frustrate Victoria but Sutherland returned to take two of the last three wickets. He had Nielsen caught at fine leg off a top edge for 40 before Wes Agar holed out to deep point.

Victoria have won three games in a row and are now a chance to make Shield final having been dead-last and winless after six rounds prior to the BBL break.