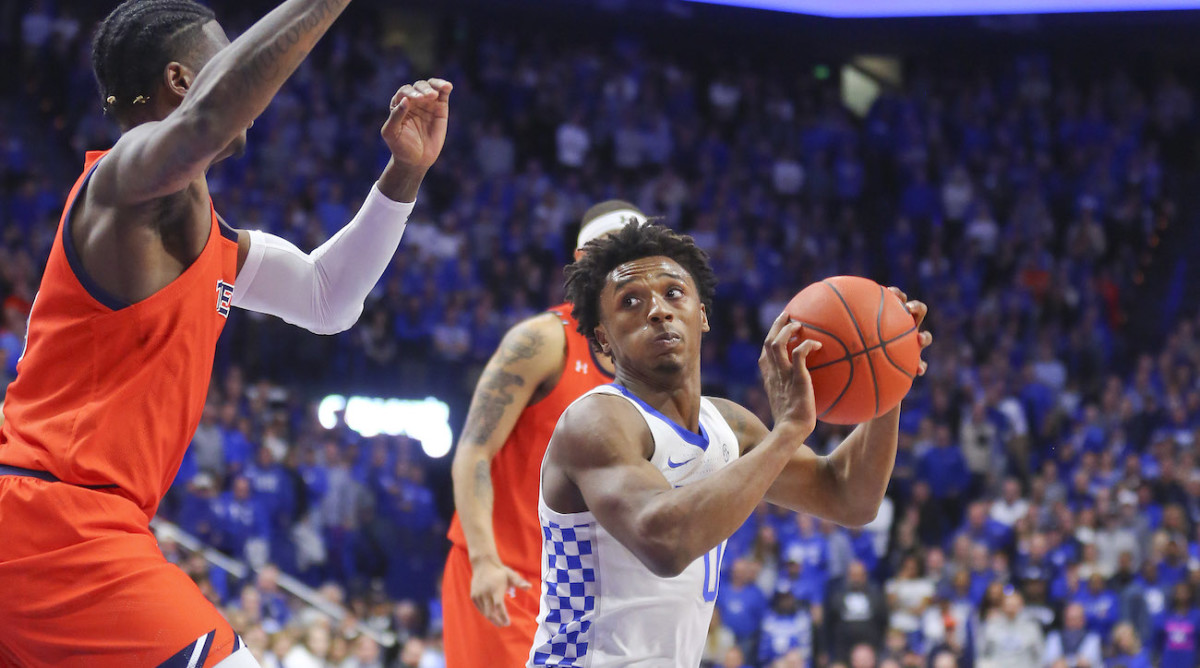 The SEC Tournament will commence on Wednesday and run through Sunday at the Bridgestone Arena in Nashville, Tennessee. The Kentucky Wildcats will be seeking their fifth title in the last six years but they will not have an easy path. John Calipari’s club will not only face several tough SEC foes, including defending SEC Tournament champion Auburn, but Kentucky may also be without star point guard Ashton Hagans who suddenly stepped away from the team this past weekend.

Hagans missed Kentucky’s thrilling road victory versus Florida for personal reasons telling Coach John Calipari he was “in a bad way”. The sophomore guard is one of best defenders in the nation but has struggled mightily in his past 10 games and was seen arguing with teammates and coaches in the team’s shocking loss to Tennessee prior to his departure. Since February, the talented Hagans is shooting just 34.5% from the field and a woeful 17.4% from long distance. If Kentucky is going to add another SEC crown to their storied history or make a deep run in the NCAA Tournament, they’re going to need their starting point guard to not only return but to play at an elite level running the show for the Wildcats.

The wiseguys out in Vegas are not willing to lay their hard earned cash on a Kentucky team that may or may not have their floor general. Instead, they are backing an Auburn Tigers squad that enters the SEC tournament off their third straight 25-win season. Auburn, who has won three of its last five games, absolutely pummeled No. 8 seed Tennessee by 22 points on Saturday. War Eagle shot 14 of 32 from beyond the arc (43.8%) on Saturday, led by senior guard Samir Doughty who hit eight threes against the Volunteers.

If Kentucky were to advance and face Auburn in the Championship, they would have a difficult time stopping a backcourt of Doughty and J’Von McCormick without an elite defender like Hagans. Thanks to the double bye, the top four seeds will not play until Friday in the Quarterfinals, which will afford Hagans more time to clear his head. According to the KenPom rankings, Kentucky would only be a one-possession favorite over Auburn on a neutral court, and that’s at full strength with Hagans on the court. With all the uncertainty and a less than unified Wildcats club, Auburn with immense senior leadership at moderate plus odds of +350 is just too enticing to pass up.

The information straight from Frankie Taddeo, Sports Illustrated’s Gambling Vegas Insider, is currently on an amazing 38-13-1 ATS (75%) run on all released plays. The sharp information out in Vegas supplied only to Sports Illustrated was on point going a perfect 7-0 ATS in the NFL Playoffs, culminating with a winning selection on Kansas City in Super Bowl LIV. Since November, the sharps have absolutely crushed the sportsbooks. Be sure to follow here at SI Gambling for the best, proven wiseguy action throughout March Madness!