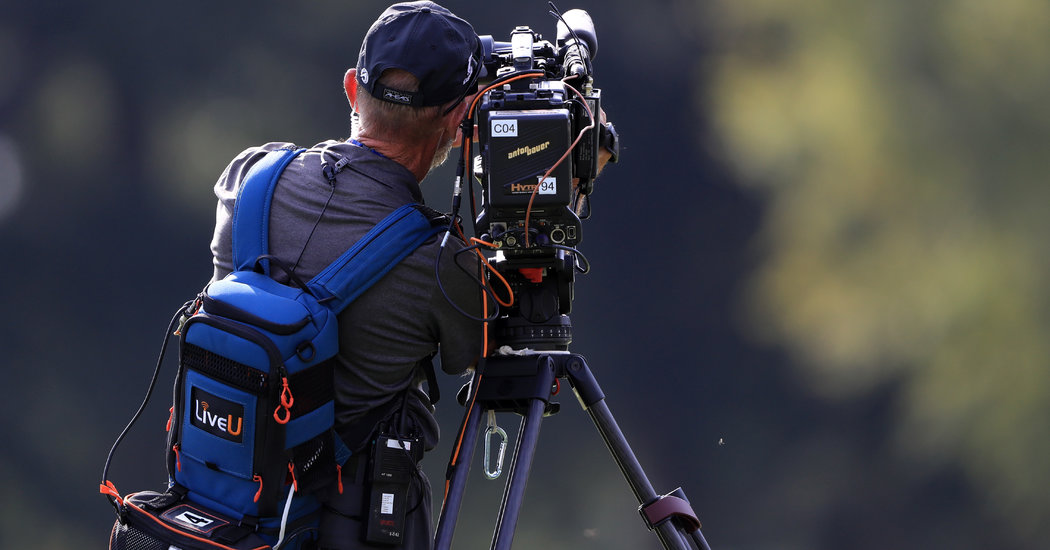 In another sign that the value of sports media rights is still growing rapidly, the PGA Tour is expected on Monday to announce a lucrative new media rights agreement through 2030. Golf tournaments will remain on CBS, NBC and the Golf Channel — where they have been shown since the mid-2000s — while ESPN will show ancillary content on ESPN+, its digital streaming service.

While none of the parties would comment on the value of the agreement, four people familiar with the negotiations said the media companies would pay at least a 60 percent increase, even as golf’s biggest star and driver of ratings, Tiger Woods, nears the end of his career. The current agreement runs through 2021, and is estimated to pay the PGA Tour $400 million annually.

With tens of billions of dollars of sports media rights agreements expiring over the next few years, the PGA Tour purposefully began negotiations more than two years before its contracts were set to expire.

“We wanted to be out in front of everybody,” said Rick Anderson, the chief media officer of the PGA Tour. “Everyone who can go early in the sports marketplace is going to try to do that.”

While media executives continue to have a nearly insatiable appetite for live sports, television, cable, the internet and digital media are changing so fast that the PGA Tour did not want to take a chance on how things would look in 2022, Anderson said.

“This marketplace, consumption habits and platforms, is changing so rapidly that you can’t really make any assumptions about pace of change,” he added.

One of the bigger unknowns in sports broadcasting is CBS’s strategy, and its future. CBS recently merged with Viacom and replaced its chief executive. Its stock has been tumbling since a poor earnings report two weeks ago, and the new ViacomCBS is much smaller than its competitors like NBCUniversal, which is owned by Comcast, and ESPN, which is owned by the Walt Disney Company.

It has also lost one of its most profitable sports rights properties.

In December, CBS said it pulled out of rights negotiations for the Southeastern Conference’s game of the week in football, which will go to Disney beginning in 2023. But in a surprise, CBS has won the rights to show Champions League games starting next year, despite having almost no history showing soccer.

Sean McManus, the chairman of CBS Sports, said in an interview that golf was a “foundational sport” for CBS, and the company’s most important property from April to September — from the end of the college basketball season to the beginning of the football season.

“Sports is going to become increasingly more important in the overall ViacomCBS portfolio,” he said. “I expect us to be very aggressive to maintain our sports properties at CBS.”

The biggest sports property for CBS, and all other media companies, is the N.F.L. Rights negotiations for pro football could begin soon if the players approve a proposed collective bargaining agreement this week.

While CBS will look at acquiring new rights, “our main concern is protecting the great events that we have,” McManus said.

Digitally, PGA Tour Live is a niche offering for hard-core golf fans. A partnership between the PGA Tour and NBC consists mostly of a live feed that covers two golfing groups on the Thursday and Friday mornings of tournaments. Under ESPN, which is paying around $75 million annually, according to two people familiar with the negotiations, that will expand to four live feeds.

ESPN is also expected to increase its coverage and promotion of golf on “SportsCenter” and its array of daytime shows now that it has an increased investment in the sport.

Disney announced on a recent earnings call that ESPN+ has 7.6 million subscribers, a demographic that skews young because of the heavy mixed martial arts bouts and soccer games available on it. Golf should help ESPN+ attract an older and wealthier audience for the streaming service.

Under the agreement, NBC and CBS will alternate years showing all three FedExCup Playoffs tournaments. The PGA Tour itself will also assume most technical and production responsibilities, producing feeds for NBC, CBS, ESPN, the Golf Channel and overseas rights holders to use, similar to the model used for the Olympics and the World Cup.

CBS and NBC will continue to use their own production and announcing teams, as well as on-screen graphics.

“Three major media entities banging the drum — I think that’s good,” Pete Bevacqua, the president of NBC Sports, said. “There will be a lot of Tour coverage.”