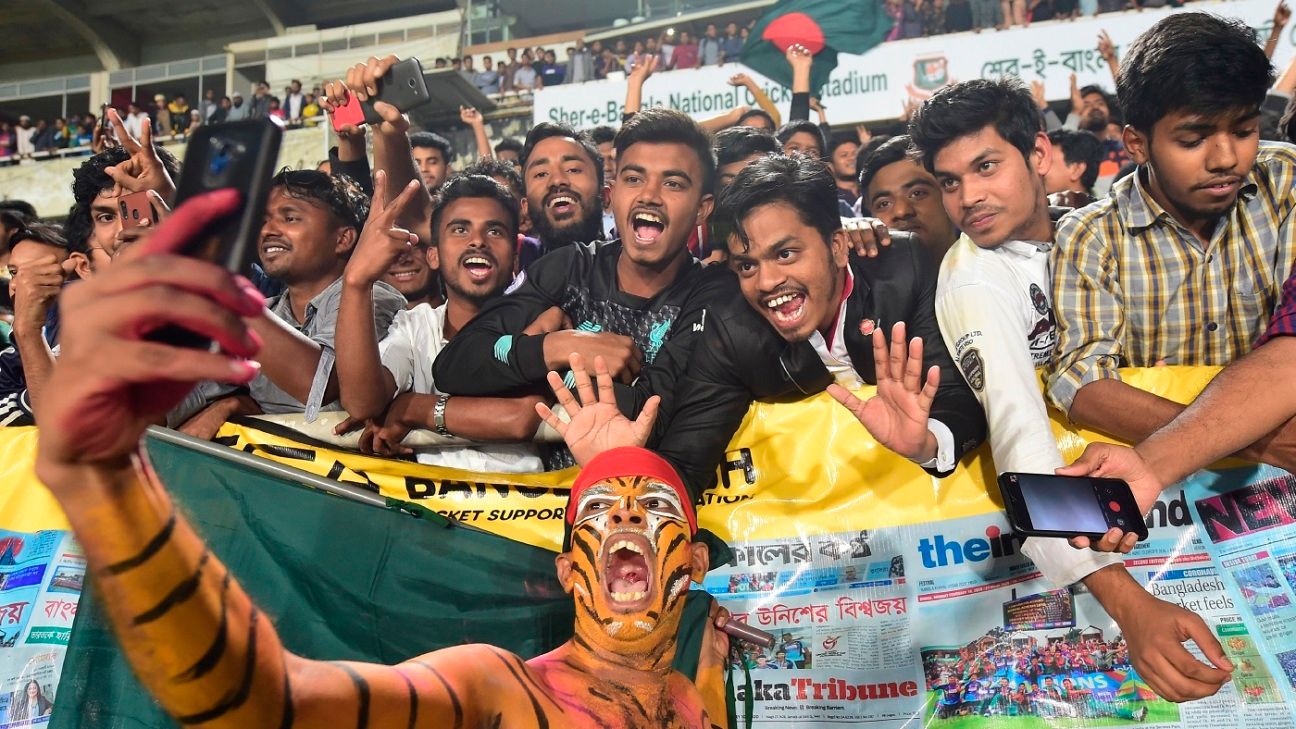 The BCB has restricted the sale of tickets – one per person – for the first T20I between Bangladesh and Zimbabwe, to be played later today in Dhaka, in a bid to “discourage public gathering” following concerns about the spread of COVID-19 (novel coronavirus). With one person being sold only one ticket, the target is to keep the crowd to one-fifth of the capacity at the 25,000-seater Shere Bangla National Stadium.

Jalal Yunus, chairman of the BCB’s media committee, confirmed this, the announcement coming soon after the Bangladesh government’s decision on Sunday evening to postpone a grand rally to commemorate the birth centenary of Sheikh Mujibur Rehman, the father of the nation, which was scheduled for March 17.

As things stand, the restriction on ticket sales for the Monday T20I is the only decision the BCB has made with regard to COVID-19. But there could be concerns around a number of events planned over the next two weeks: the second T20I against Zimbabwe on March 11, a concert as part of Rehman’s birth centenary celebrations on March 18, and two T20Is between Asia XI and World XI in Dhaka, on March 20 and 21, which are also part of the celebrations.

There have been various precautionary steps taken by various cricket boards following the worldwide alarm around the spread of COVID-19. Cricket South Africa has decided to go ahead with the senior men’s tour of India, starting later this week, after conducting risk assessment, but the Everest Premier League, a T20 competition in Nepal, has been postponed indefinitely after a government directive to avoid mass gatherings. The Pakistan Super League, however, is going ahead despite a major scare in Karachi.

There are wide-ranging repercussions in the rest of the sporting world too, with fears that this year’s Olympic Games in Tokyo might be affected.