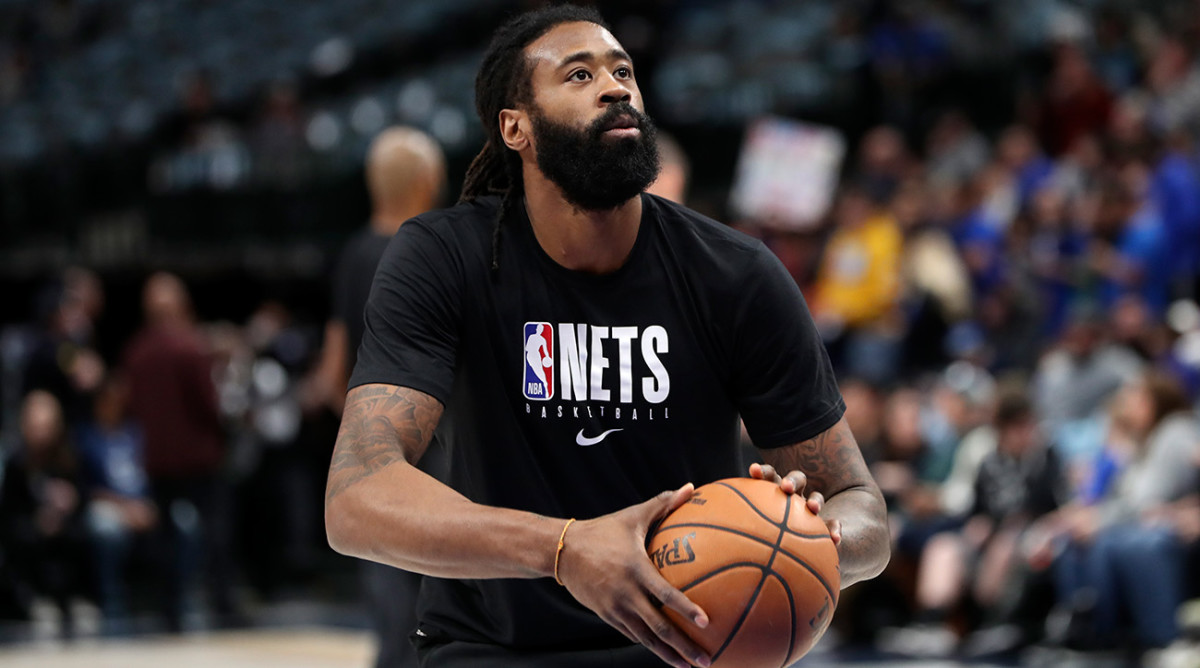 “I think whatever you’re saying and whatever the reports are are bulls—,” Jordan said Sunday. “They’re just trying to get in the locker room, make it a thing about guys who aren’t even here, you know, playing, who are getting healthy. No offense to you guys, but I don’t care what the media says about our team. We know what’s going on here and where we want to be and this is just something to divide us as players and as an organization.”

Atkinson mutually parted ways with the club on Saturday morning. Hours later, Yahoo Sports’ Vincent Goodwill, among others, reported that Irving had “soured” on Atkinson early during his time in Brooklyn this season.

Per Goodwill, Atkinson reportedly was also not “fond” of coaching Irving and Durant next season.

Nets GM Sean Marks said during a press conference Saturday that the players were not responsible for Atkinson’s departure.

Jordan, who joined the Nets last summer alongside Irving and Durant, started just his fifth game of the season on Sunday. He finished with 11 points, 15 rebounds and three blocks in Brooklyn’s 110-107 win over Chicago.

“The combination of analytically speaking, how [Jordan] and Wilson Chandler give us defensive rebounding, some presence at the rim, the combination of those two guys,” interim head coach Jacque Vaughn said Sunday. “Then I think you also look at the overall aspect of what it does to the second unit, with Jarrett Allen, Taurean Prince, Chris Chiozza. The ability to play faster with that second unit, we want to see that overall as a coaching staff.”

Atkinson had coached the Nets since 2016 and compiled a 118–190 record during his tenure. Brooklyn reached the playoffs only once under him.

“I was definitely shocked,” Jordan said of the Nets’ decision to part ways with Atkinson. “I thought Kenny did a great job with us.”